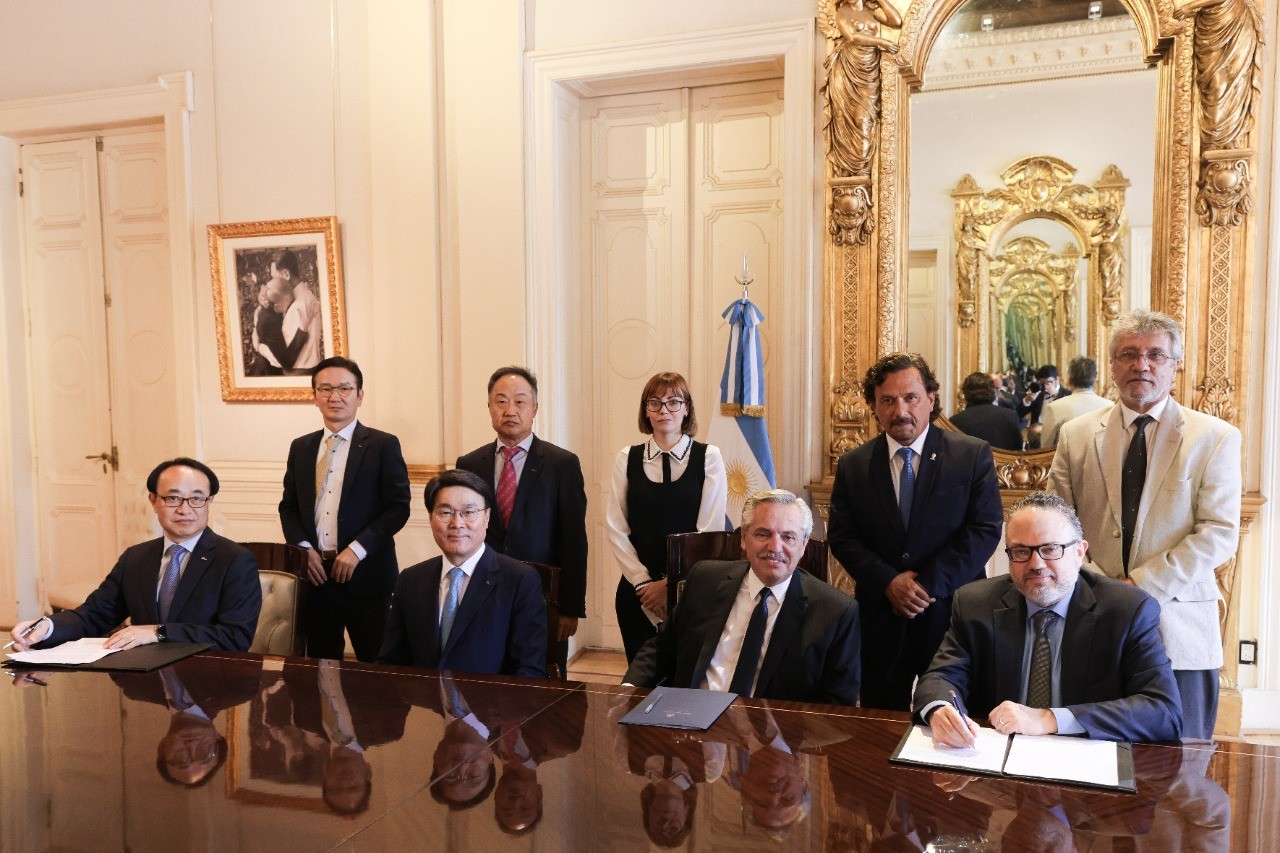 Choi told Fernandez that the Argentinian government‘s support is critical to Posco‘s new growth momentum, as lithium is considered a key material for the battery component that powers ecofriendly vehicles, Korea’s largest steelmaker said in a statement.

The news came as the new plant near the Salar del Hombre Muerto salt lake is poised to produce the battery material that could power the batteries of 600,000 electric vehicles with 25,000 tons of lithium hydroxide each year, if the construction is complete in the first half of 2024 as planned. Posco acquired the lot in northern Argentina in 2018.

On the same day, Posco Chemical, a material arm of the steelmaker, announced Tuesday plans to partner with Pohang University of Science and Technology to hire the nation‘s top talents there before they graduate.

Under the plan, graduate students in Postech’s Graduate Institute of Ferrous & Energy Materials Technology will be able to apply for Posco Chemical‘s so-called e-Battery Track Program starting the second half, under which the company would hire select students as researchers upon graduation from the institute.