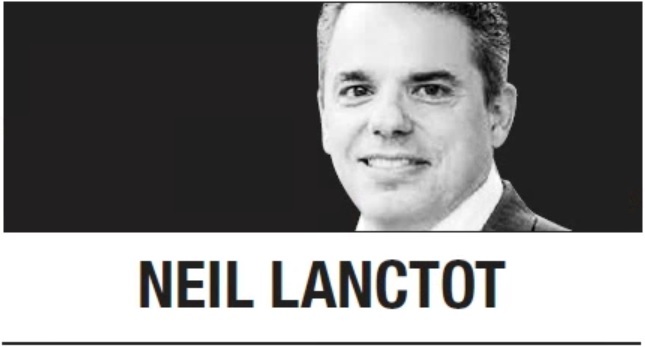 The shocking Russian invasion of Ukraine has left most Americans bewildered, angry and deeply troubled. But exactly how our nation should respond remains unclear. Polls have shown a surprising number of Americans uncertain about the desirability of sanctions or the admission of Ukraine into NATO, although most wholeheartedly support President Joe Biden’s refusal to deploy combat troops.

But few recognize that another Democratic president, also in office less than two years, faced a near-identical crisis over 100 years ago. In the early weeks of World War I in 1914, news of the brutal German invasion of Belgium reached President Woodrow Wilson and the American public.

Wilson, though deeply sympathetic to the Belgians, recognized that the attack complicated his vision for America’s place in the European war. The United States and its people, he had believed, must remain “impartial in thought as well as in action.” Only then would the nation be in a position to play a significant role in the eventual peace process and postwar reconstruction of Europe.

The president, then, consciously refused to denounce the German invasion, a decision Wilson’s great political adversary Theodore Roosevelt came to violently oppose. But Roosevelt initially believed Wilson had handled the situation appropriately. The Belgians’ dilemma, Roosevelt observed, was unfortunate but not surprising. “When giants are engaged in a death wrestle,” he wrote, “they are certain to trample on whoever gets in the way of either of the huge, straining combatants.”

Just as today, few Americans possessed more than a rudimentary understanding of what had caused the war in Europe or even the Belgian invasion. “We are a very shortsighted and ignorant people in international affairs,” Roosevelt grumbled. Still, most desperately wanted to do something for Belgium. Some Americans enlisted in the French or British armies, but the easiest way to help was to give to the now-ubiquitous Belgian relief charities. Even children willingly participated, dutifully surrendering their pennies to “adopt” their starving counterparts in Belgium.

For the celebrated social worker Jane Addams, these activities were simply not enough. As a pacifist who viewed war as especially destructive to the reforms she had advocated for years, Addams believed the Wilson administration needed to do much more. “Our neutrality should be a vigorous and dynamic kind that is not content to sit still with folded hands waiting for Europe to cease fighting,” she said. “Such peace is not worthy of a great people. Nor is it enough to send shiploads of food and clothing to destitute Belgians, splendid as that is.”

Addams, Roosevelt and Wilson, all progressives of the early 20th century stripe, understood that the Belgian invasion and the European war were of critical importance to the United States. Roosevelt believed it was essential for the United States to beef up its pathetically small army of some 100,000 men. Otherwise, America would be in no position to assist small nations such as Belgium violated by predatory powers. For Addams, militarism of any kind was never the answer. America’s efforts should be directed toward finding a way to end the conflict.

Wilson, like Biden today, faced the greatest burden. He understood that much of the country strongly opposed American involvement in European affairs. On the other hand, American trade with the Allies and travel to Europe resulted in multiple disturbing incidents between 1914 and 1917, pushing the country dangerously close to involvement in war.

For more than two years, Wilson managed to thread a very difficult needle. He placated pacifists such as Addams by his interest in peacemaking and a future League of Nations, while also moving toward the military “preparedness” Roosevelt advocated. But ultimately Germany’s decision to resume unrestricted submarine warfare in early 1917 forced Wilson into a war he never wanted. By then, he came to believe involvement was necessary if the US was to have any influence in the peace process and a new world order.

Wilson’s decision for war had enormous ramifications. Bolstered by American forces, the Allies decisively defeated Germany in 1918, imposed harsh conditions at Versailles and set the stage for a second World War 20 years later.

In 2022, Biden must also weigh the considerable potential impact of his response to the crisis in Ukraine. Any move in the wrong direction might lead to a wider war, a disrupted global order and serious political setbacks for the Democratic Party, the identical challenges faced by Wilson between 1914 and 1917.

But unlike Wilson, Biden has at his disposal 21st century tools such as powerful economic sanctions and the support of a virtually united international community. Only time will tell whether they will be enough to resolve the current crisis.


Neil Lanctot
Neil Lanctot is the author of “The Approaching Storm: Roosevelt, Wilson, Addams, and Their Clash Over America’s Future.” He wrote this for the Chicago Tribune.