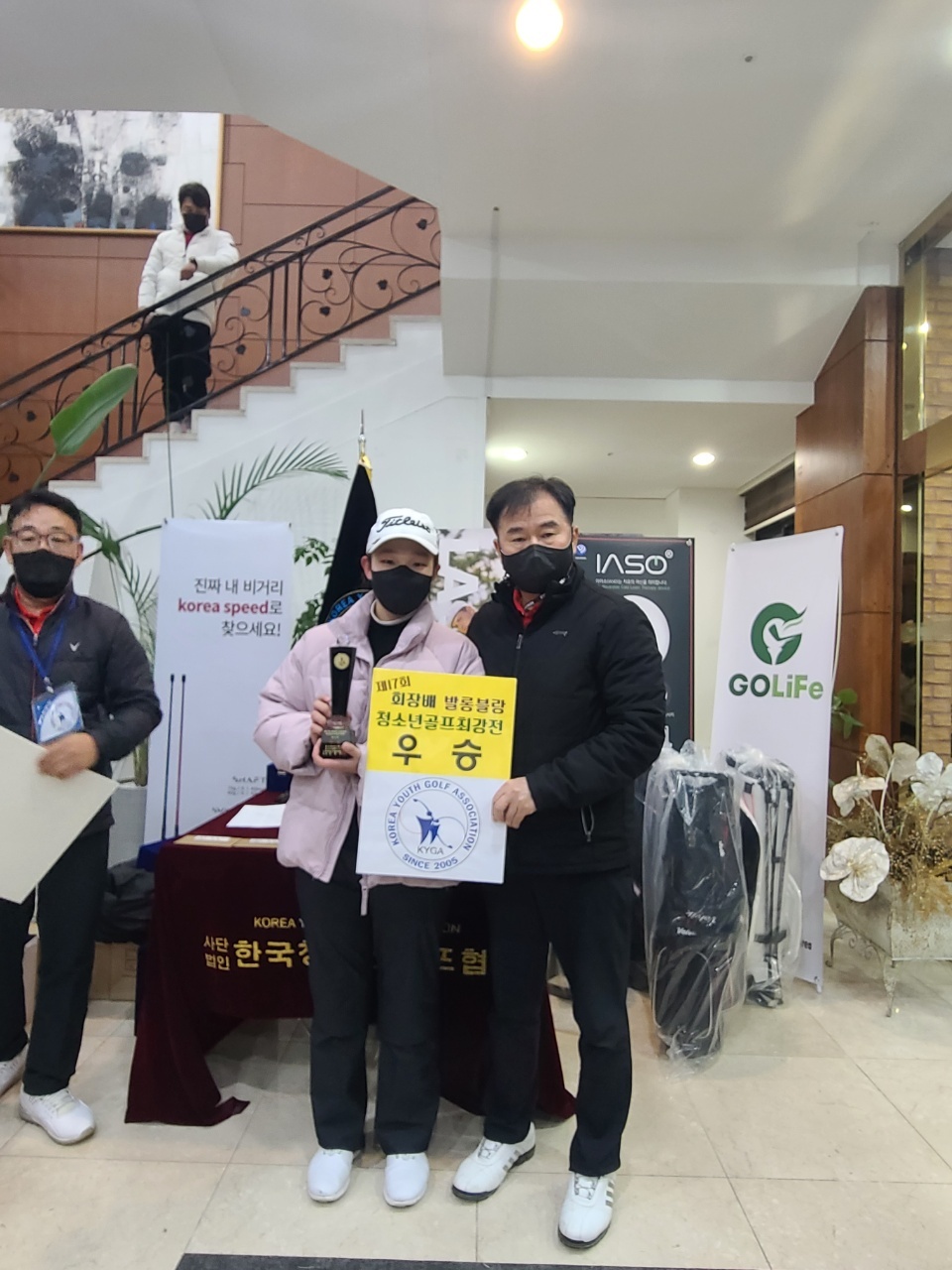 Jeong, also known as Ellena, ranked first with a 1-under par in the tournament held at the Baekje Country Club in South Chungcheong Province on March 14-15.

Her win is more meaningful considering she had pulled through windy and foggy weather conditions during the tournament, the association said.

Jeong played in the girl’s golf team at International School Manila in the Philippines in 2018-2020. Last year, she also won the champion’s title at a golf tournament hosted by the Korea Junior Golf Association.