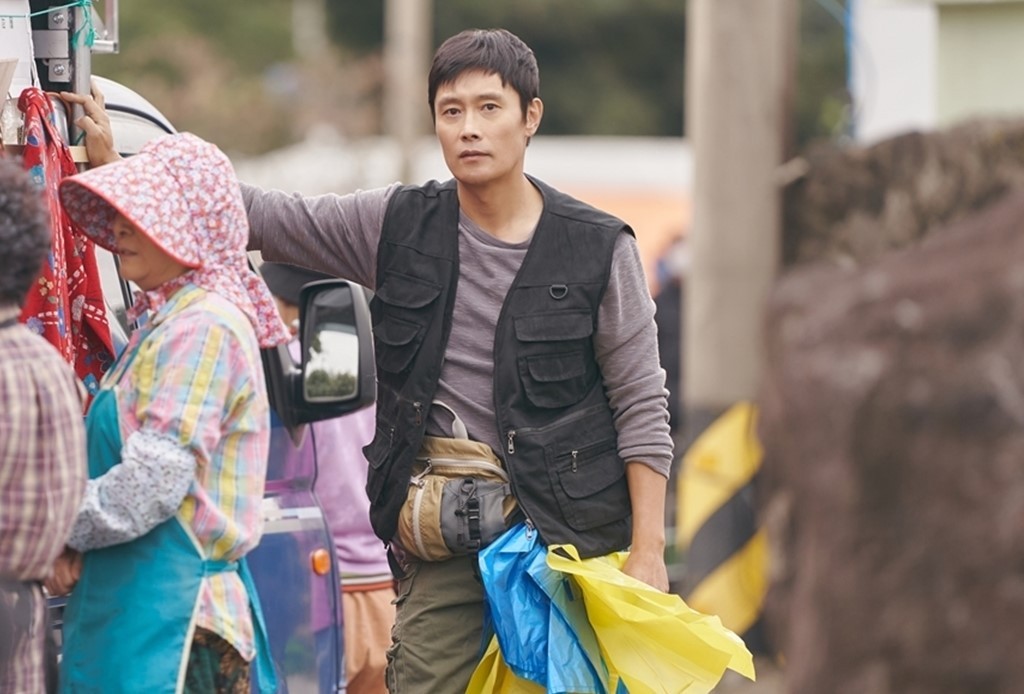 Lee Byung-hun stars as a Jeju-born salesman in “Our Blues.” (tvN)
Top actor Lee Byung-hun, 51, is set to make his small-screen return in tvN’s new Saturday-Sunday drama “Our Blues” scheduled to premiere April 9.

Playing Jeju-born salesman Lee Dong-suk, he travels the island in a truck selling all kinds of household goods and clothing. Lee’s new role is a stark contrast to his previous role as a charismatic US Marine in period drama “Mr. Sunshine” released in 2018.

“Our Blues” is one of the most anticipated drama series of the year with a star-studded cast that includes Shin Min-a, Kim Woo-bin, Han Ji-min, Cha Seoung-won, Uhm Jeong-hwa, Kim Hye-ja, Ko Doo-shim and Lee Jung-eun.

The series will present the warm, sweet and bitter life stories of the diverse characters living on Jeju Island.

Shin reprises the role of a woman who arrives at a seaside village once again -- she starred as a dentist who moves to a small seaside village in her most recent drama series “Hometown Cha-Cha-Cha” (2021).

While Han plays a young “haenyeo,” Jeju female divers who collect seafood underwater, Kim Woo-bin -- who is making his drama comeback in six years after recovering from nasopharyngeal cancer -- portrays a captain of a fishing boat.

Veteran actors Kim Hye-ja and Ko Doo-shim are reuniting with the writer, having co-starred in “Dear My Friends” (2016), a family drama portraying the life story of those in their twilight years.

“Our Blues” will also be available on the local streaming platform Tving and global streaming service Netflix.