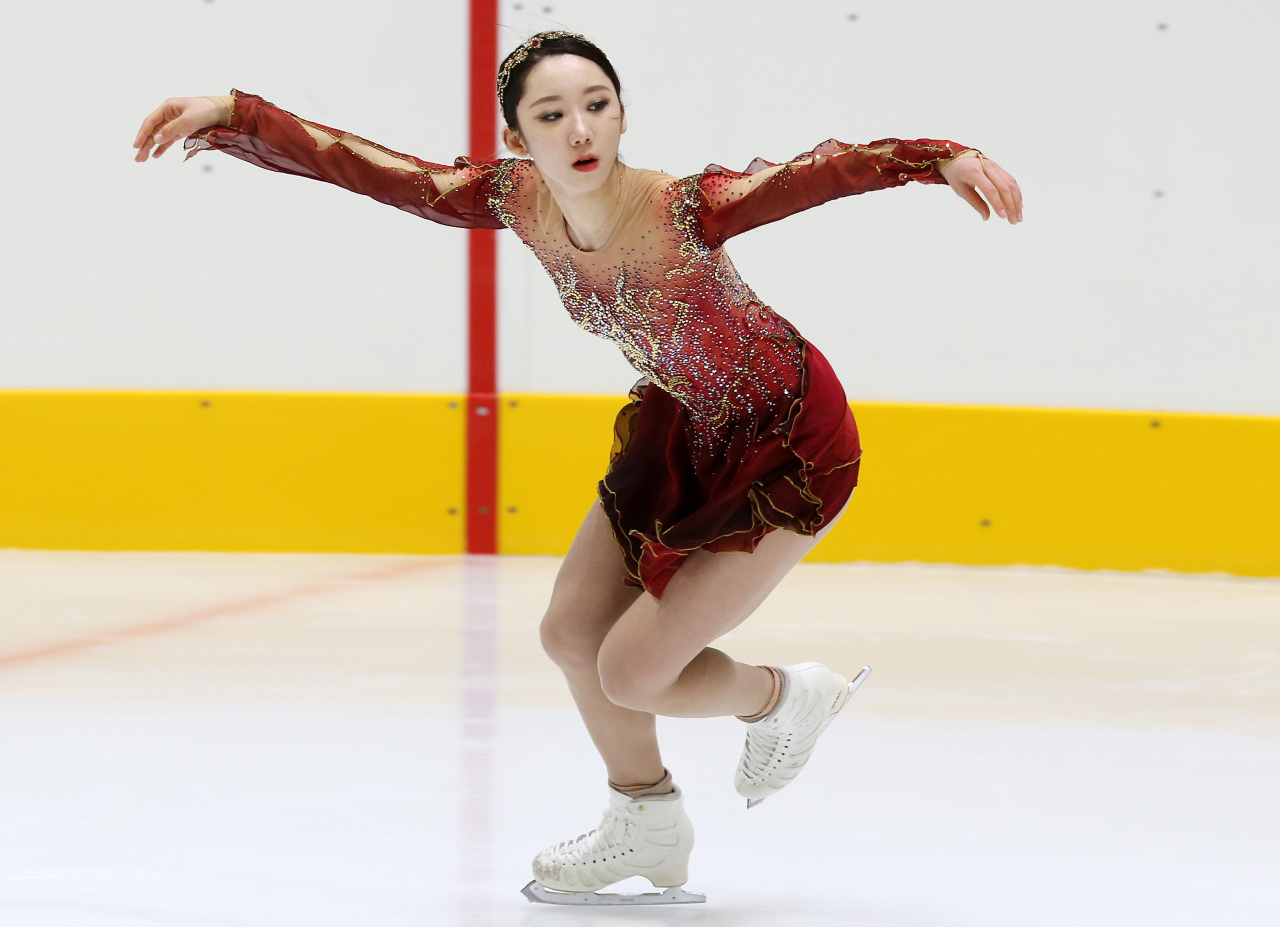 An official with the Korea Skating Union (KSU) said Kim received a positive result from her polymerase chain reaction (PCR) test Thursday night and will not be able to skate at the world championships opening next Wednesday in Montpellier, France. Kim will have to isolate at home for seven days.

The KSU official added that Lee Hae-in, who was next in line among eligible South Korean figure skaters, will replace Kim.

Kim finished ninth in the women's singles at the Beijing Winter Olympics last month. This would have been Kim's second world championship appearance. She finished 11th last year after setting a personal-best 73.63 points in the short program.

The top South Korean qualifier for the worlds, You Young, is already in France. Lee is scheduled to join her on Saturday.

On the men's side, the two Olympians, Cha Jun-hwan and Lee Si-hyeong, will represent South Korea. They, too, will travel to France on Saturday.

Both skaters are expected to contend for medals in France, with some of the biggest names in their respective events not skating.

The International Skating Union (ISU) has banned all Russian athletes from competing in its event, following the country's invasion of Ukraine. That will rule out the reigning Olympic gold and silver medalists, Anna Shcherbakova and Alexandra Trusova, and the world record holder Kamila Valieva, who finished fourth in Beijing while competing under the cloud of a doping scandal.

On the men's side, the two skaters who have combined for the last three Olympic gold medals will not be in France. Yuzuru Hanyu of Japan, the 2014 and 2018 champion, has pulled out, citing a right ankle sprain he suffered in Beijing. The American star Nathan Chen, the 2022 gold medalist and the three-time world champion, will skip this year's event due to an unspecified injury. (Yonhap)