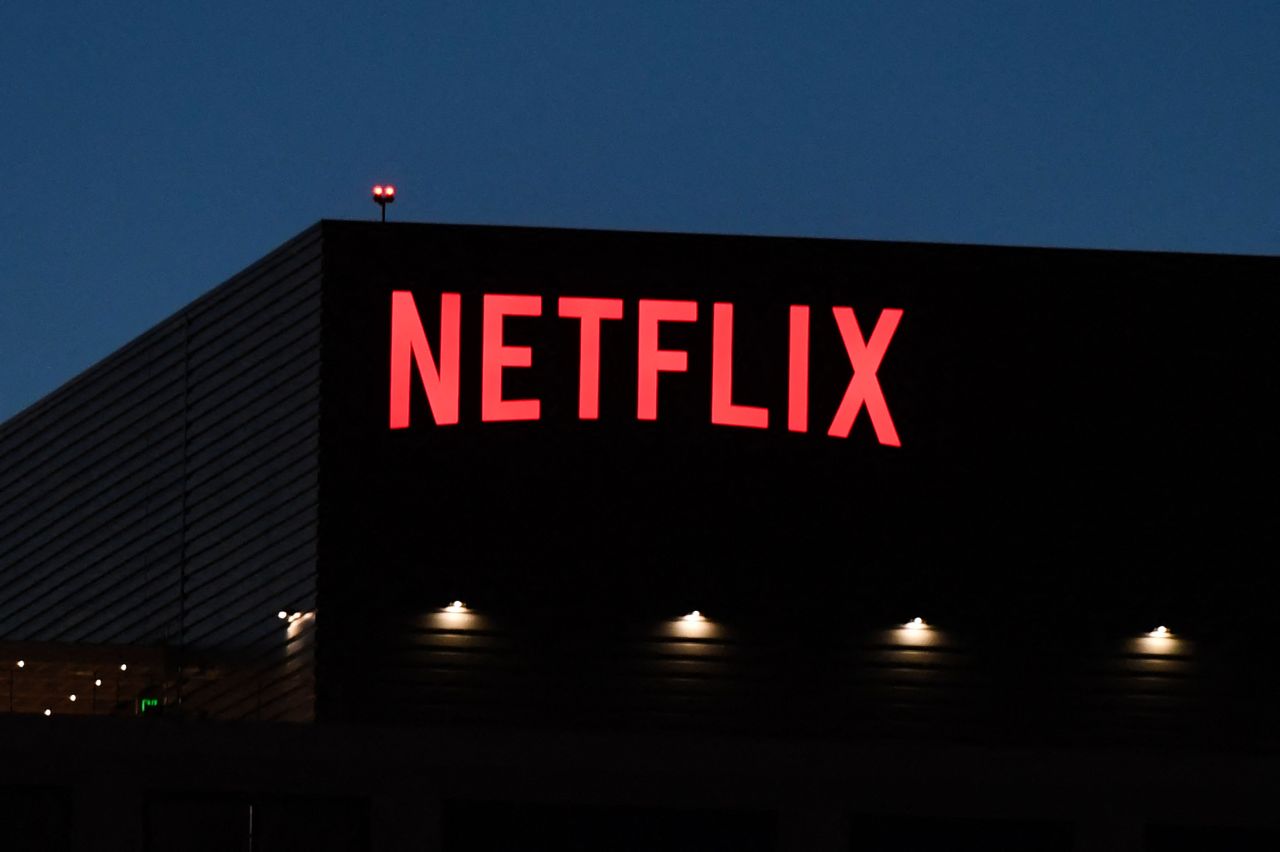 In this file photo taken on Oct. 19, 2021, the Netflix logo is seen on the Netflix, Inc. building on Sunset Boulevard in Los Angeles, California. (AFP-Yonhap)
Netflix proposed ways to reduce the burden on network providers in the first appellate court hearing over whether the streaming service is liable to pay network usage fees to SK Broadband.

The court hearing, held Wednesday evening at the Seoul High Court, is the first since a preliminary hearing took place in December.

The case follows a district court ruling in June that gave SK Broadband an upper hand -- the first ruling in the world over which party is obliged to pay network usage fees. Both Netflix and SK Broadband appealed.

Netflix’s representatives suggested deploying a new network architecture, or so-called “open connect appliances,” to lighten the burden on SK Broadband, which has accused Netflix of freeriding on their network.

Under the proposal, internet service providers like SK Broadband could set up a physical space in a data center to embed the content delivery network, which would help avoid a clog in internet traffic, Netflix said.

Representatives of SK Broadband counterclaimed that the deployment of Netflix’s open connect appliance would incur an extra maintenance cost for internet service providers, such as utilities and rent for the space.

Netflix has changed tack from the strategy it used in the lower court last year. The company, which enjoyed a string of global hits such as “Squid Game” and “All of Us Are Dead” last year, after raking in $356 million in revenue in 2020, argued it has no obligation to pay usage fees to network providers.

Its argument then was based on the “net neutrality” principle, under which end-users of the content, not content providers, are responsible for the cost of network access.

But the Korean broadband company then insisted that it had to bear an extra cost due to Netflix’s heavy traffic usage, as it was forced to secure additional broadband infrastructure to maintain the speed and quality of its service. It argues there is no reason it should have to raise fees because it is offering customers the same service.

In Korea, Netflix’s domestic peers like Naver have been paying network usage fees.

Also during the hearing, Netflix cited the “bill and keep” pricing scheme, under which operators do not charge each other for moderate use of each other’s networks, to defend claims not to pay. SK Broadband said the company and Netflix cannot come in equal footing for the pricing arrangement.

“There was nothing new in (Netflix’s) claims, and the claims left judges in doubt over their feasibility,” Kang Sin-seob, partner at law firm Shin & Kim representing SK Broadband, told reporters in a briefing after the hearing.

Telecommunication companies are struggling to tackle a surge in costs due to content providers’ heavy traffic usage. GSMA, a global community of telecom carriers that host the Mobile World Congress, agreed earlier this year to call on streaming service platforms to help shoulder the cost of expanding broadband infrastructure.

Meanwhile, Netflix unveiled a plan Wednesday to charge membership costs to share its service with outside the registered households in Chile, Costa Rica, and Peru.

The hearing will resume on May 18.