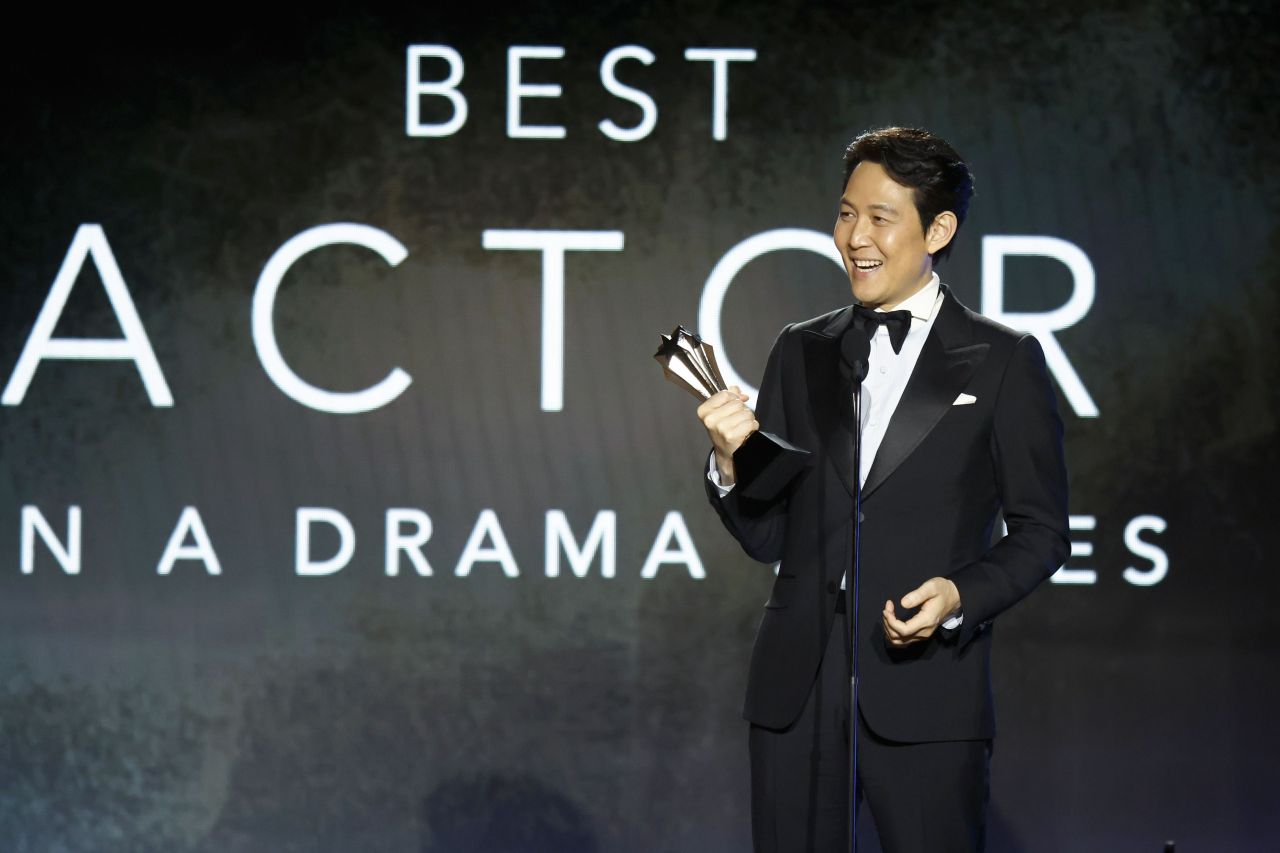 The show’s lead Lee Jung-jae won best actor in a drama series for his role as Gi-hun, a down-on-his-luck middle-aged man who takes part in the deadly “Squid Game.”

“Thank you, god. Thank you very much Critics Choice Awards and everyone who loved and supported ‘Squid Game.’ I can’t express how wonderful I am. Thank you, Netflix. Thank you ‘Squid Game‘ team,” Lee said in English during his acceptance speech.

Lee was the only non-English language performer nominated for this category. He competed against Sterling K. Brown of “This Is Us,” Mike Colter of “Evil,” Brian Cox and Jeremy Strong of “Succession” and Billy Porter of “Pose.”

Along with Lee, the hit Netflix series also won the best foreign-language series prize at the award ceremony.

The Korean drama series was also listed as the nominee for the best drama series, but “Succession” took home that prize.

Director Hwang Dong-hyuk’s nine-part series “Squid Game” depicts a story about Gi-hun and hundreds of other cash-strapped people who are invited to be part of a deadly children’s game in which the sole survivor gets 45.6 billion won.

Following its release in September last year, it quickly reached the No. 1 spot on the streaming charts of 94 countries, and became the most-watched Netflix show of all time.

Reflecting the show’s global popularity, it also won multiple awards at other US awards events.

Recently, it won three trophies at the 28th Screen Actors Guild Awards. Two actors -- Jung Ho-yeon and Lee -- won awards for their roles and the show also won outstanding action performance by a stunt ensemble in a comedy or drama series.

Meanwhile, during the award ceremony on Monday, three actors of “Squid game” -- Jung, Lee and Park Hae-soo -- presented the best actress in a limited series or movie made for television prize, which went to Kate Winslet of “Mare of Easttown.”

Hwang also attended the ceremony to support the actors.