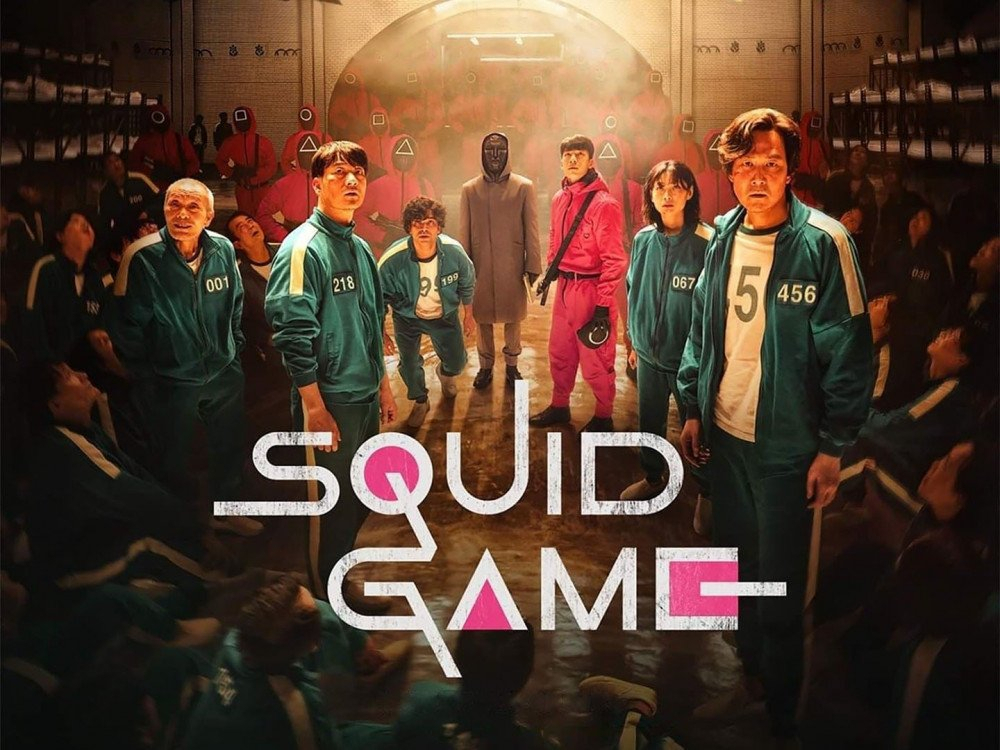 This photo provided by Netflix is a promotional poster for its smash hit Korean original "Squid Game." (Netflix)

The three were in the star-studded lineup of presenters who will take the stage at the 27th annual ceremony Monday (US time), the Critics Choice Association recently announced on its website.

Among other presenters were Jimmy Kimmel and Alan Kim, an actor of the award-winning immigration film "Minari," as well as actors Kristen Wiig and Ken Jeong.

Whether the three Korean actors will also take the stage as winners is drawing attention from the Korean entertainment scene.

The Netflix's Korean original has been nominated in three categories -- best drama series, best actor in a drama series with Lee and best foreign language series.

The three have already left or will leave for the United States to attend the awards ceremony, according to their agencies.

Director Hwang Dong-hyuk also plans to attend the ceremony to cheer for the actors.

Other "Squid Game" stars, including O Yeong-su, Wi Ha-joon, Heo Sung-tae and Anupam Tripathi, will be absent due to their schedules. (Yonhap)