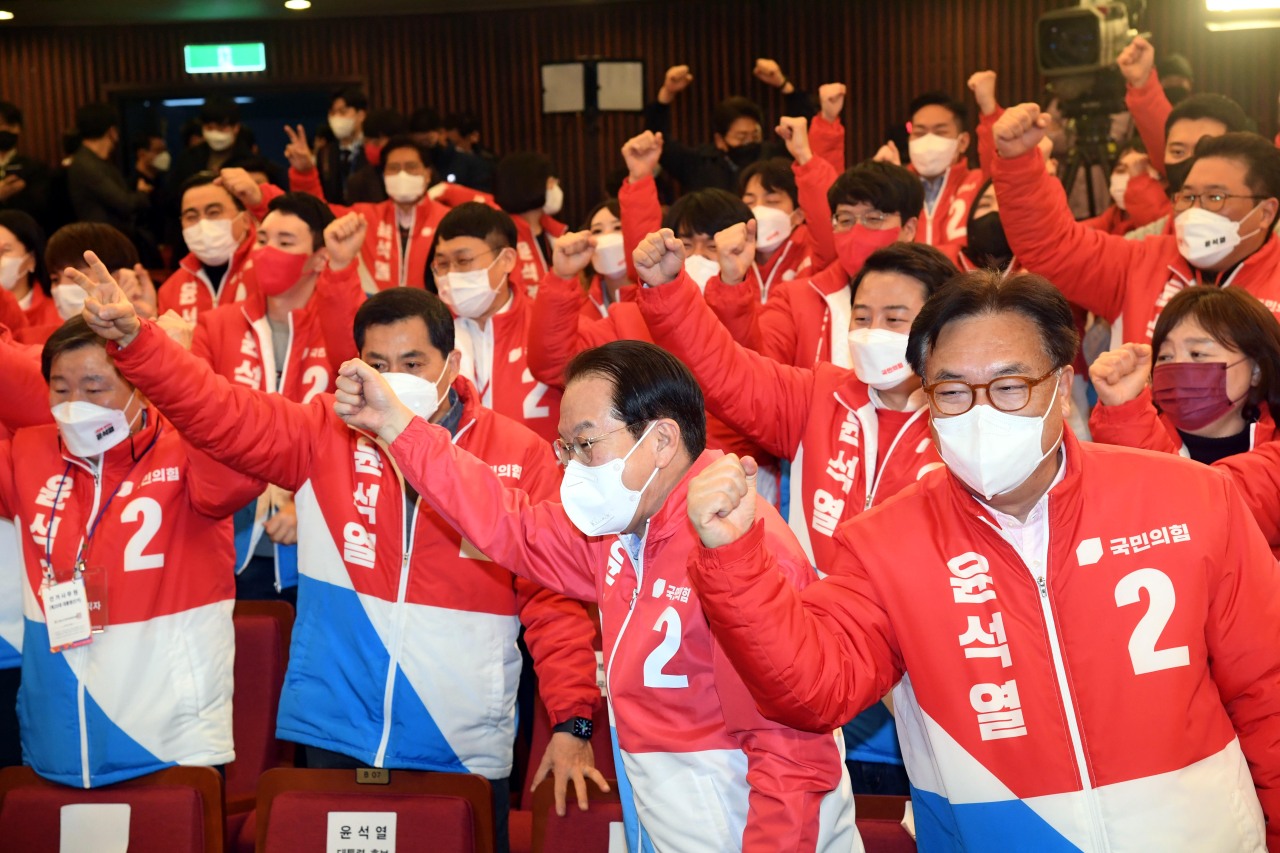 Main opposition People Power Party members raise their fists in celebration after its presidential nominee Yoon Suk-yeol took a lead in the poll as the ballot count progressed after midnight Thursday.
With the ballot count in full swing, People Power Party members cheered on as its flagbearer Yoon Suk-yeol took the lead over ruling party rival Lee Jae-myung after midnight on Thursday.

As Yoon’s vote total closed in Lee’s, a number of the party’s lawmakers including the election campaign chief Rep. Kwon Young-se and the campaign’s policy chief Rep. Won Hee-ryong returned to the election headquarters at the National Assembly to watch the crossover.

The atmosphere inside the People Power Party‘s election headquarters, which was rather subdued following the release of exit polls showing a close race, completely changed as Yoon pulled ahead.

The party members stood up and started to clap, chanting Yoon’s name in celebration.

At Lee Jae-myung’s headquarters, most of the lawmakers and officials of the ruling Democratic Party had left. Those who remained at the site looked on in silence.