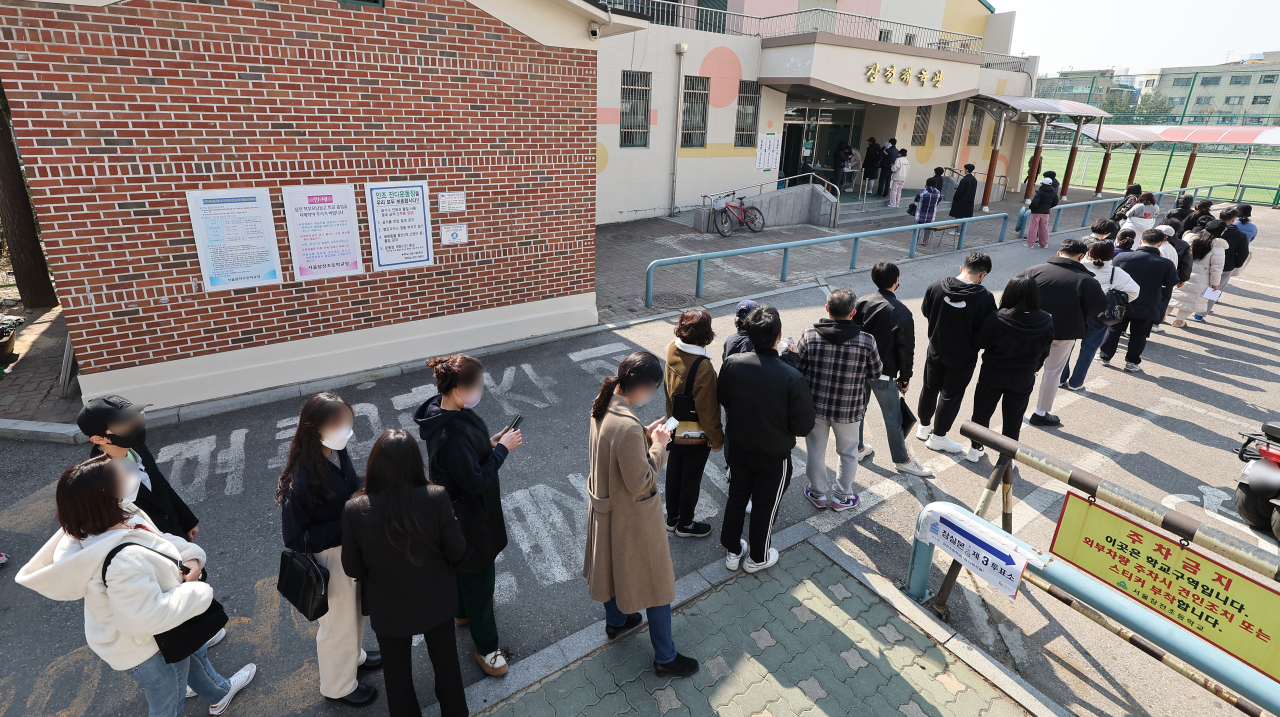 Probably around 1 a.m. Thursday, according to the National Election Commission on Wednesday.

At 7:30 p.m., which is when polls will close nationwide, exit poll results will be released by major broadcasters.

According to the Korean Broadcasters Association Wednesday, MBC, KBS and SBS will announce the results of their joint survey at 7:30 p.m., based on interviews with voters who cast their ballots between 6 a.m. and 6 p.m. on election day.

This means the results will not reflect ballots cast by COVID-19 patients and those in quarantine, who are restricted to voting after 6 p.m. Those who who participated in the March 4 and 5 early voting will not be tallied up for the result.

As of 4 p.m., voter turnout was estimated to be 71.1 percent, including the two-day early voting. It is higher than the 67.1 percent reported at the same time in the previous presidential vote in 2017.