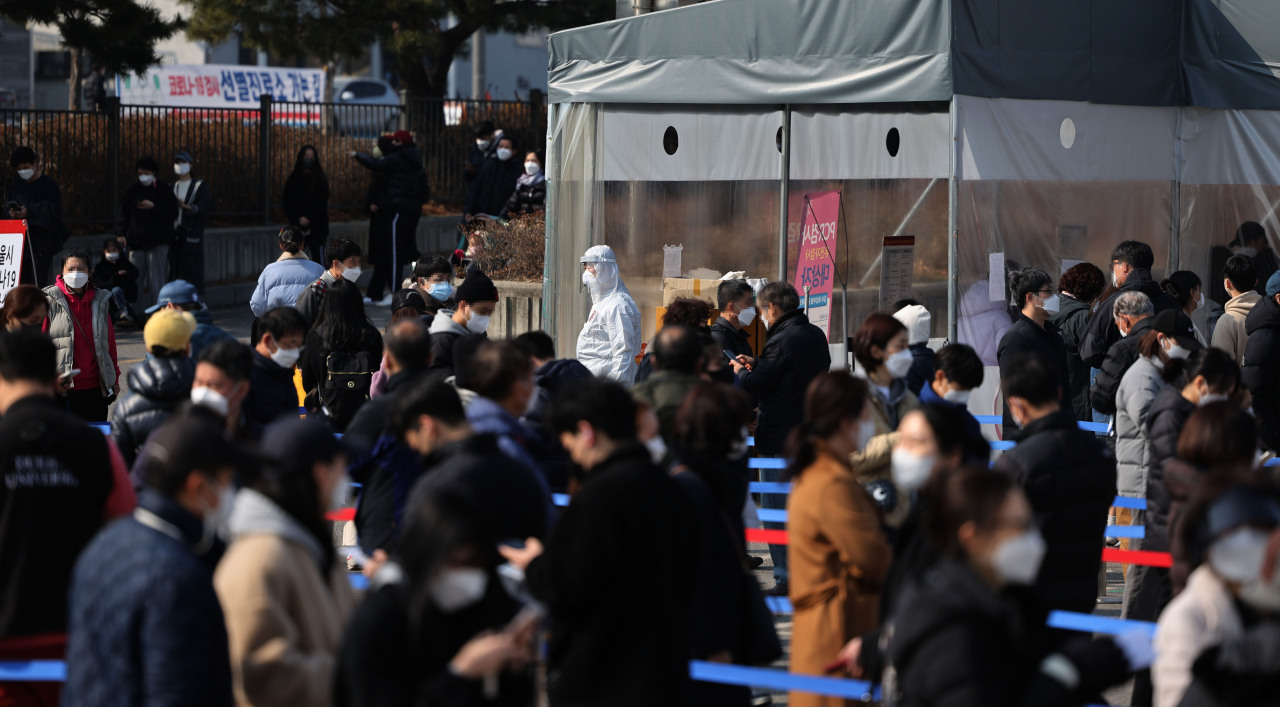 People wait in line for a COVID-19 test at a testing site in Seoul, Wednesday. (Yonhap)
Polls closed for regular voters around the country at 6 p.m. Now it’s time for those who have contracted COVID-19 or are under home quarantine to cast their ballots to elect the next president of South Korea.

The National Election Commission plans to wrap up this special voting process at 7:30 p.m., but it may take longer, depending on how many of the 1.16 million COVID-19 patients and self-isolators show up.

During the March 4 and 5 early voting period, the election regulator came under fire for its poor management of ballots cast by virus patients and the quarantined.

It has now made changes in rules for them.

On Wednesday, COVID-19 patients will put their ballot papers directly into voting boxes. Those who participated in early voting had to put their ballots into an envelope and pass it to an election official.

Virus-infected and quarantined voters are allowed to leave home from 5:50 p.m. and would have to wait in a separate area at their respective polling station until general voters complete their voting.

Whether or not all voting stations were able to arrange sufficient waiting areas on such short notice was not confirmed by the election watchdog.

If the voting and counting process go as planned, the NEC expects that the winner will likely become clear as early as 1 a.m.

But it is more likely to take more time as a tight race is expected between the two front-runners, the Democratic Party of Korea‘s Lee Jae-myung and the People Power Party’s Yoon Suk-yeol.