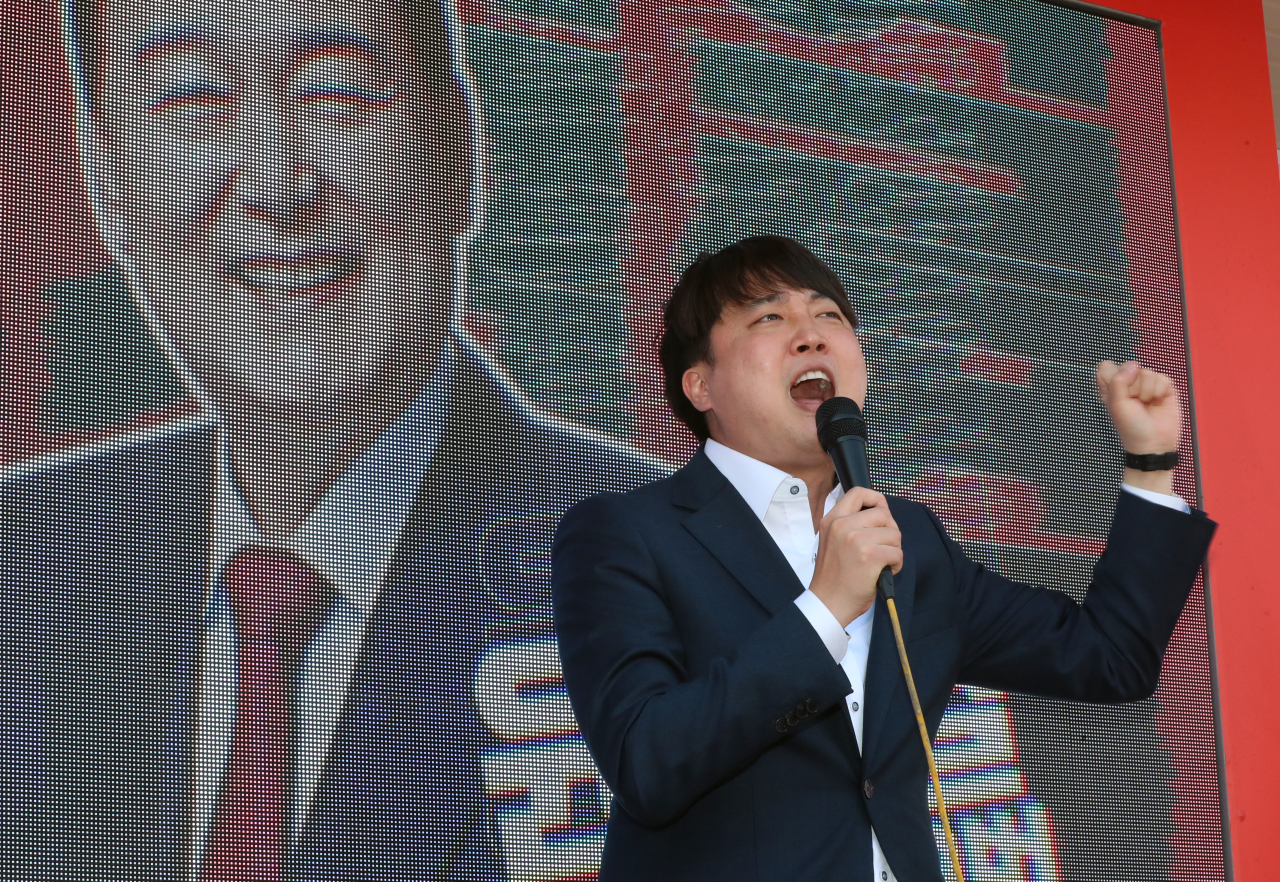 “Some surveys show women have less intention to vote compared to men. They may show systemized movements online, but it is difficult to say that (the movements) lead to actual voting,” Lee said on a radio show Monday.

When asked about his party’s candidate Yoon Suk-yeol’s vow to abolish the Ministry of Gender Equality and Family, Lee said, “(The party) will, of course, abolish the ministry, passing the duties related to families or others to other institutions.”

The ruling Democratic Party of Korea attacked Lee for trying to deepen gender conflicts without evidence.

“Lee may want women to not come to the polling stations,“ Kwon Ji-wung from the election committee of the Democratic Party said on a radio show Wednesday. “If you look at the (previous two) 18th and 19th (presidential) elections, women actually voted more than men.”

In the presidential elections, 80.9 percent of women electors cast their vote, while 74.8 percent of male electors voted.

The People Power Party explained that Lee wanted to understand the inclination of electors.

”(Lee) made such a comment to better understand class and gender,” Kim Yong-tae from the People Power Party said. Kim rather accused the Democratic Party and related figures for dividing electors by gender.