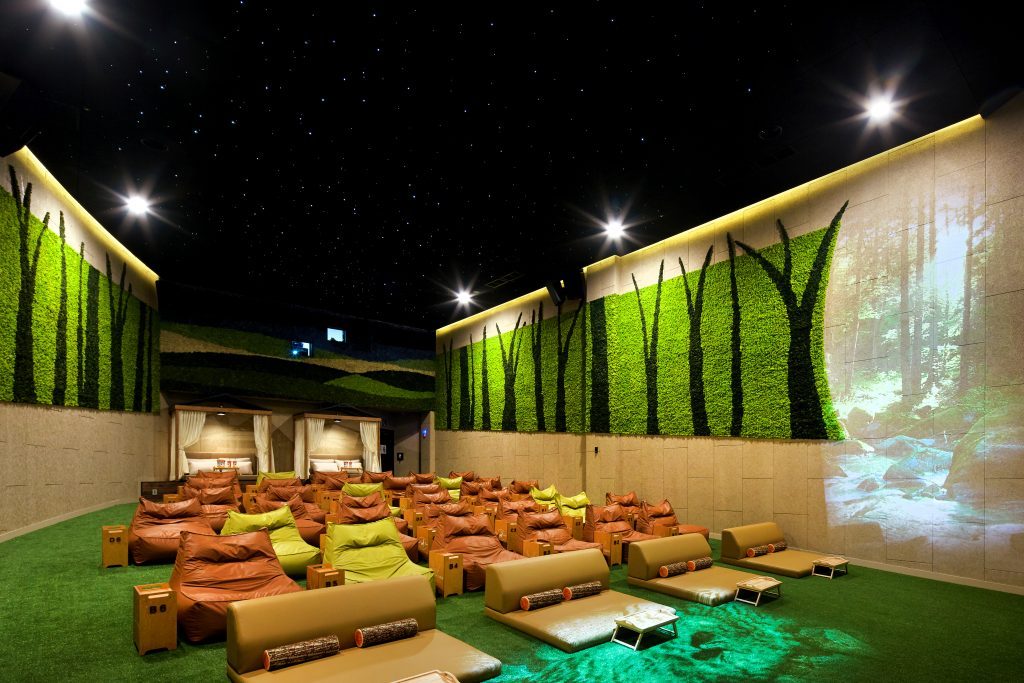 “Cine & Foret” auditorium at CGV-Gangbyeon in Guui-dong, eastern Seoul (CGV)
Why should viewers watch your film in movie theaters?

This is a common question that is asked to actors during promotional press conferences, especially since the onset of the COVID-19 pandemic, which significantly hindered moviegoers from heading to theaters.

“I think movie theaters have everything that can help maximize the films’ different elements. You can hear magnificent sounds and feel every detail such as changes in the actors’ facial and eye expressions,” Choi said during a press conference for his latest film “The Policeman’s Lineage.”

For those who think that is still not enough to drag them out of the comfort and safety of their homes, here is a list of unique theaters offering specialized movie experiences.

The following is a brief introduction to three ”specialty“ theaters in Seoul.

Upon entering the theater, the audience is greeted with the scent of forest trees. The typical stairs and rows of seats are replaced with a gentle slope covered with artificial grass. The walls are covered with panels of moss, which also work as an air purifier. An oxygen generator is installed to help maintain the oxygen concentration level of an actual forest at the theater, according to CGV. The ceiling is also decorated to look like a night sky full of stars.

With 36 beanbag chairs and two cabana seats at the very back, the theater can accommodate 40 people. The sofa-like cabana seats can seat two people.

The screen is installed at an angle about 4 degrees toward the seats so that those watching from beanbags can enjoy the film comfortably. 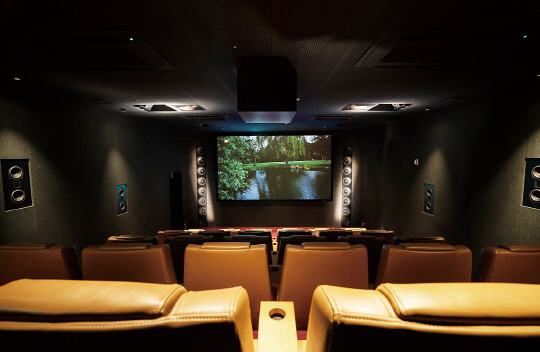 High-end audio company Ode opened Orfeo in Hannam-dong, central Seoul, and as can be expected, sound is what stands out at this theater.

The theater is filled with 30 caramel-colored seats that are wider and more elegant-looking than typically found in movie theaters.

Even before the pandemic, the space prohibits consuming food and beverages inside, aside from water, to maintain a clean environment.

“Orfeo operates under the concept of a sound theater equipped with a high-end audio system. It is a space where you can enjoy movies with great music, classical music performance recordings and opera recordings with premium audio,” an Orfeo spokesperson told The Korea Herald.

The theater has 29 channels with 32 high-end Steinway Lyngdorf speakers.

Screening schedules are announced through Orfeo’s social media -- Instagram and KakaoTalk channel -- weekly and monthly. Reservations can also be made by sending messages to the two Orfeo social media accounts. 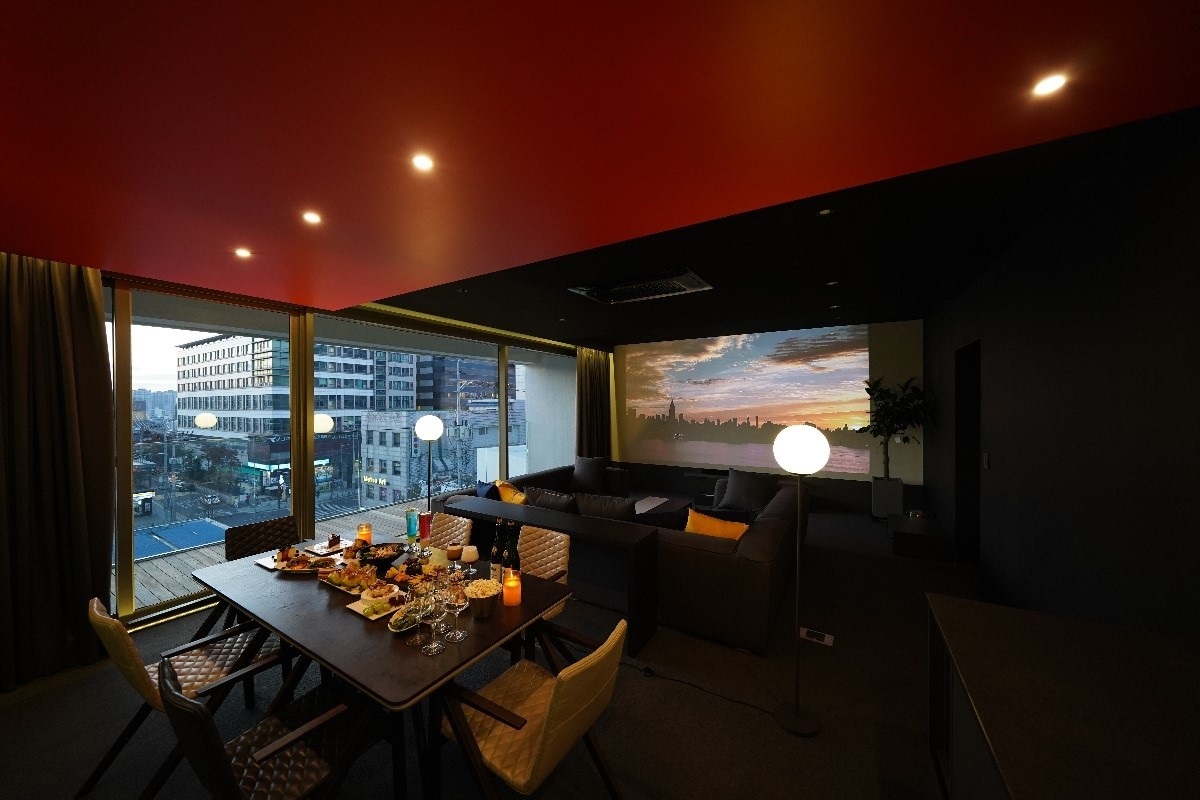 VOD Suite, which is a private room theater located in Gangnam-gu, Seoul, allows its audiences to enjoy diverse streaming contents on platforms like Netflix, Disney+, Tving and Wavve in seven private rooms with different themes and sizes.

Each room is equipped with a 4K HDR 200-inch screen with 9.1 channel surround sound.

“Even after the pandemic, people continue to visit our theater. There were more audiences than usual on the day Netflix dropped its new original series such as ‘Juvenile Justice’ and when Disney+ released ‘West Side Story,’” a VOD Suite spokesperson said.

He also added that many BTS fans, also known as Army, came to the theater when the boy band’s online concerts were held.

Reservations for VOD Suite can be made at the theater’s official website.

The price and number of hours available for booking varies depending on the room. 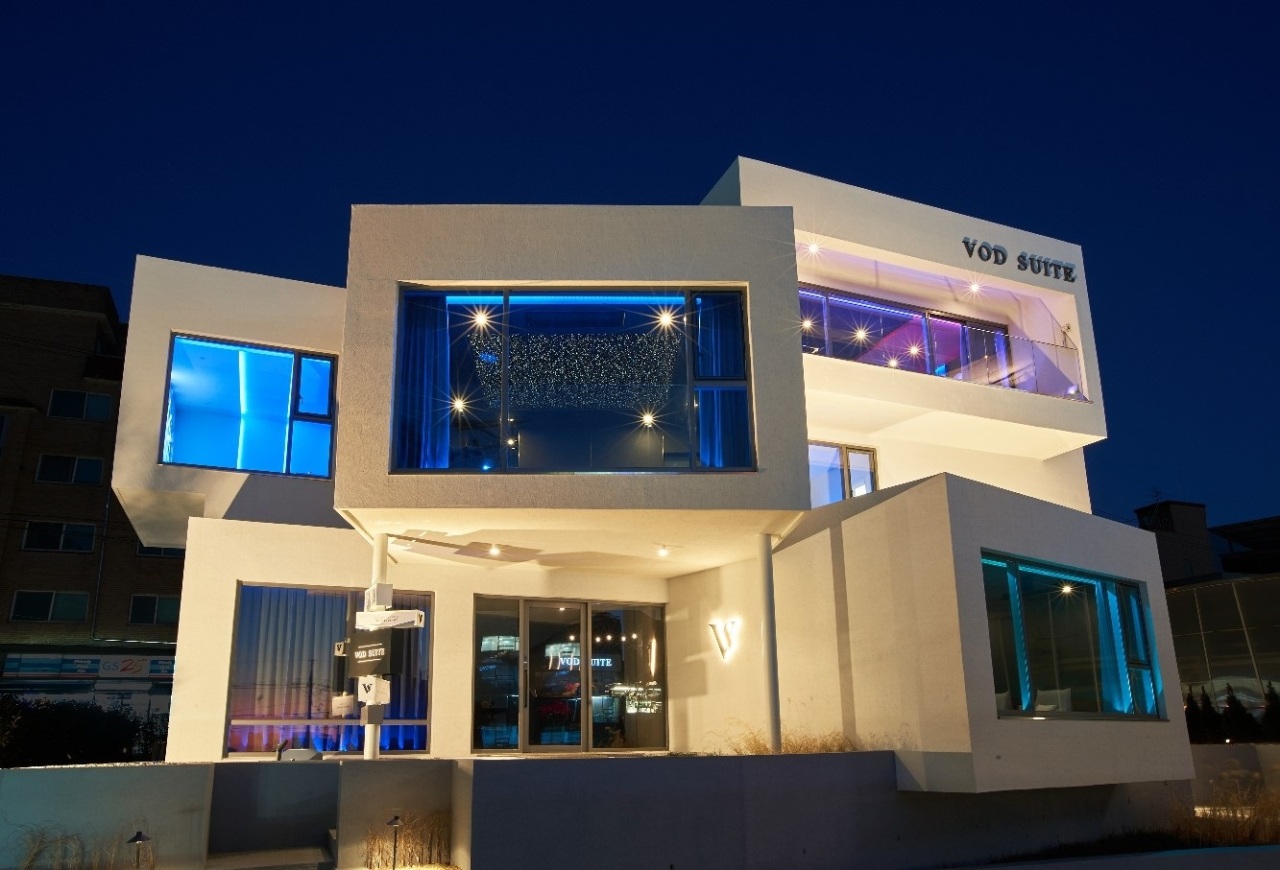