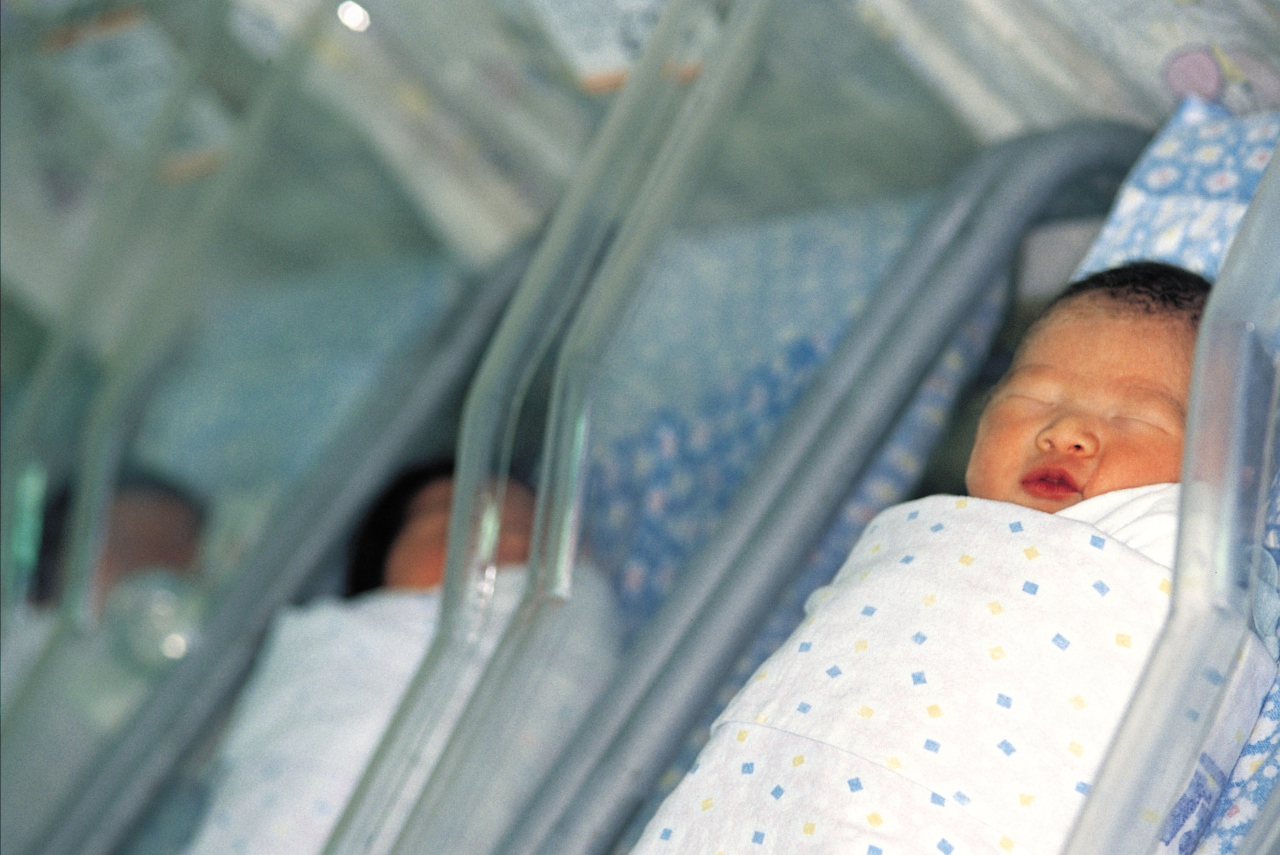 Newborn babies in hospital (Getty Images)
The winner of the presidential election, like many of his predecessors, will immediately face the uniquely South Korean problem of population decline and its potential to wreak further havoc on growth in regions outside the capital.

South Korea's total fertility rate hit 0.81 births per woman last year, down from 0.84 a year earlier, according to Statistics Korea last month. It marked the lowest figure since 1970 when the agency started collecting related data, and is the lowest rate recorded among the 38 members of the Organization for Economic Cooperation and Development.

The alarmingly fast demographic change poses a significant threat to the South Korean economy, and a vicious cycle of economic setbacks and employment losses might be in the pipeline to threaten South Korea‘s standing on the global market.

As the proportion of the aged population rises, the country will be forced to spend more on social welfare even as state revenues decline. Businesses will be met with shrinking demand for their products and services, while the size of the labor force shrinks and overall productivity falls.

The trend also negatively affects national security, as the country will be drawing fewer conscripts in years to come. With personnel shortages, the country will see its warfighting capabilities threateningly undermined, even with high-tech transitions and reforms.

In response to these challenges, the new president will be pressured to unfold support measures for pregnancy and childbirth. But as experts and many in the political scene have observed, the new president must be focused on creating an environment where South Koreans are motivated to have more children.

That environment would be one where South Koreans are provided with better jobs, backed by improved housing policies and given expanded support for pregnancy, childbirth and parenting.

Part of fulfilling that vision entails decentralizing the national economy and bringing balanced growth across regions, which would open doors for young Koreans to relocate to the areas of their choice and be more open to starting families.

Even today, half of the country’s population lives in Seoul, Incheon and Gyeonggi Province, the three of which together account for 11 percent of the nation’s total land area. Such hyperconcentration has accelerated and intensified competition for housing and employment, as more and more people seek to move to central areas in search of their dream jobs and livelihoods.

Most of South Korea’s important political, socioeconomic and cultural assets have also become concentrated in the three regions, while other regions have slowly seen their assets shrink.

Seoul has seen its population fall in recent years, as have Incheon and many cities and counties in Gyeonggi Province. But the decline has been much steeper in other regions outside the greater Seoul area. Some municipalities in these regions are even worrying about the prospect of extinction in coming years.

Businesses outside the capital region are feeling a similar crunch, survey results show. According to a survey conducted last month by the Korea Chamber of Commerce and Industry with 513 businesses located outside the greater Seoul area, 68.4 percent of respondents said they feel the looming extinction of local towns as a threat.

Imbalance has grown between the capital region and other areas, the respondents said, and many expected the divide to grow even further despite efforts made by the public and private sectors to bridge the gap. The surveyed businesses said they have the most trouble finding employees due to their business being located outside the capital region.

A report from the National Assembly Research Service showed in October that around 93,000 Koreans aged between 20 and 40 moved to Greater Seoul from elsewhere in 2020, almost double the figure seen a decade earlier in 2010.

The government has been making moves to decentralize assets from the capital to other regions, notably by agreeing to move parts of the National Assembly down south to the administrative city of Sejong.

The National Assembly in September passed a bill to open a regional branch of the legislature in Sejong to move forward with the long-debated capital relocation plan. The new parliamentary branch is slated to open its doors in 2027 if all steps are taken without delay.

The Ministry of the Interior and Safety also announced last month it will provide up to 16 billion won ($13 million) in budget a year to each region that experiences population decline. The plan is to last for the next 10 years, with financial support available to 107 regions across the country.

Yet experts say decentralization will require much more state support to actually assist regions outside the capital in surviving the alarming demographic trend. They argue that legislative amendments and innovative plans must take place to actually disperse assets from Seoul and nearby areas.

"Efforts for balanced development should be made together, and the improvement of the legal system should be supported for this purpose."

"In particular, it is necessary to reform the centralized structure in which the national land plan or development plan is decided regardless of local will," the report added.