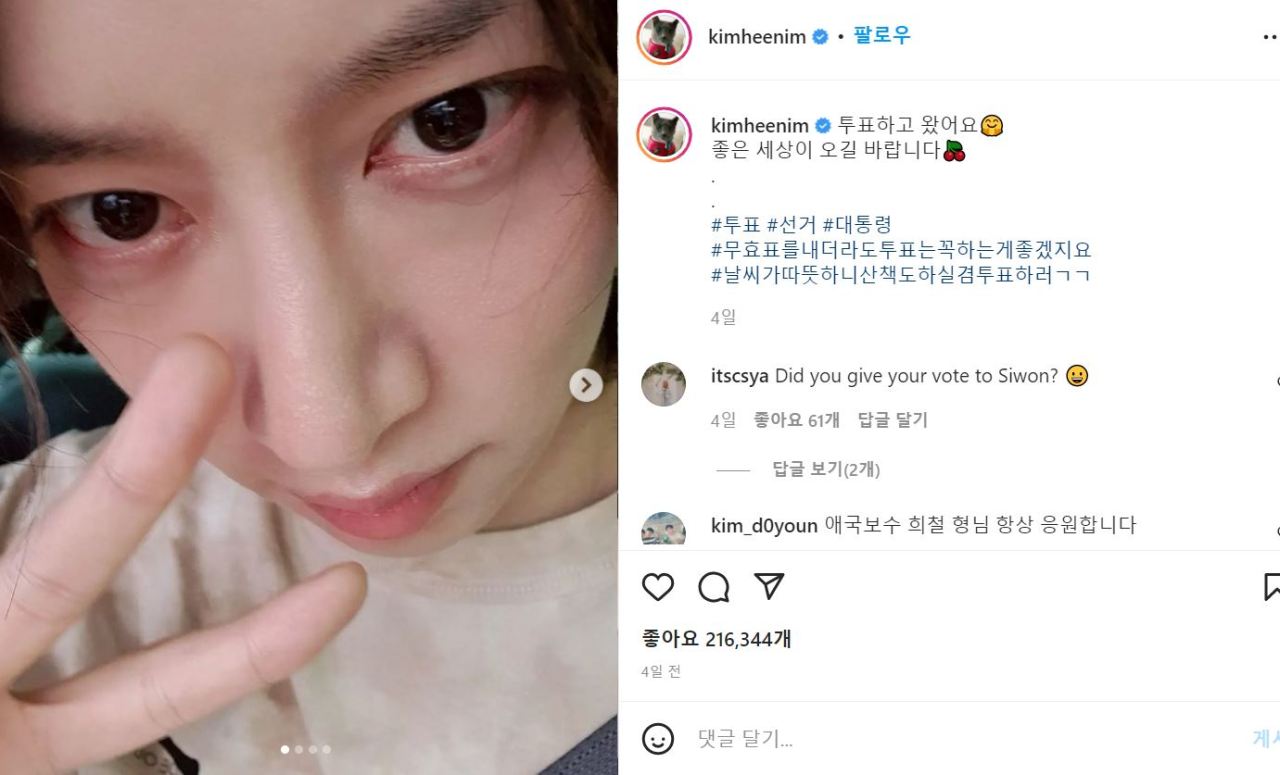 (Kim Hee-chul`s Instagram page)
With South Korea’s presidential election underway, so has a parade of citizens posting photos of themselves voting.

Posting what are commonly known as “proof shots” on social media is popular among Koreans, but doing it without discretion during an election can cause legal problems.

K-pop star Kim Jae-joong on Saturday became the center of controversy after he posted a photo of his ballot in a voting booth, as did fellow singer K-will. Both deleted the posts hours later, and K-will issued an apology saying it was an “inappropriate act out of ignorance.” 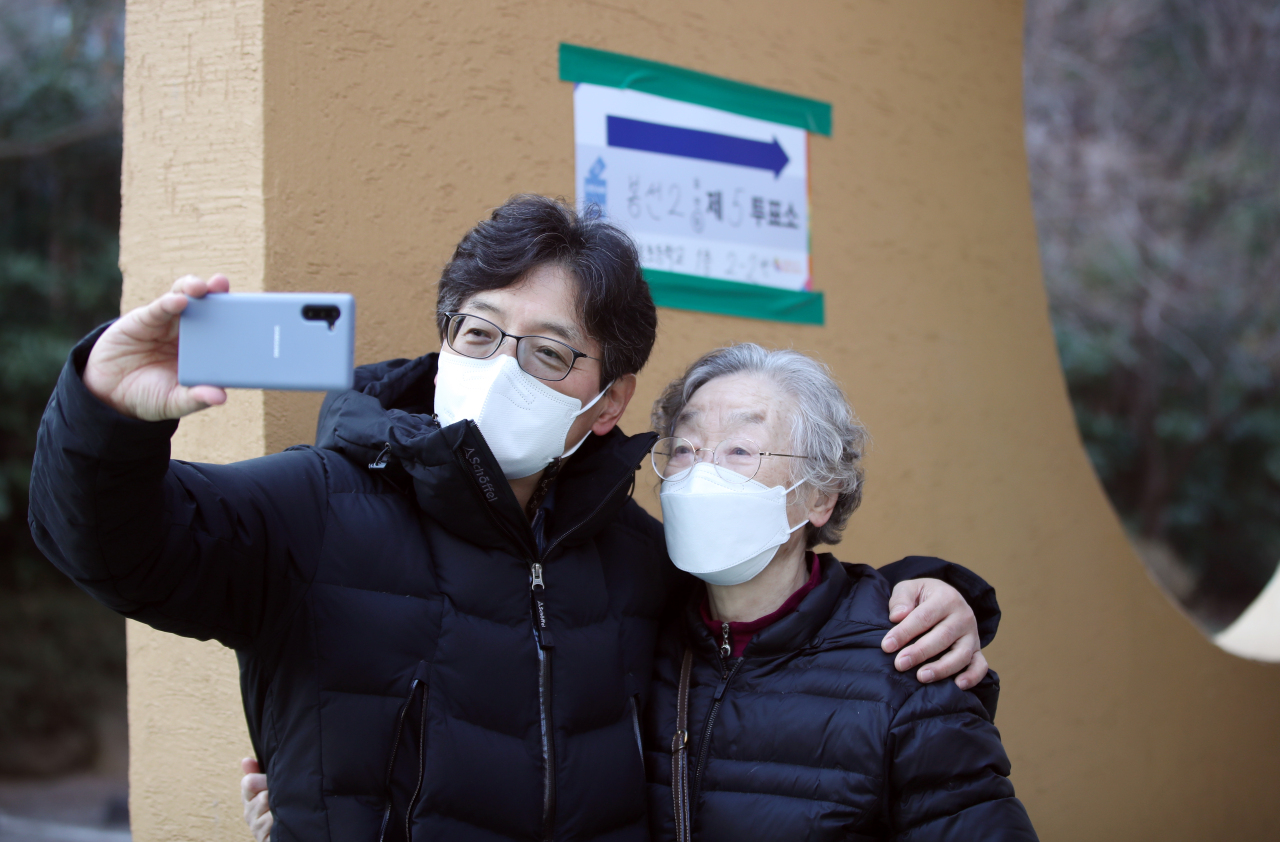 (Yonhap)
South Korea’s Public Official Act states that no one shall take a photo of a ballot inside a voting booth, a violation of which can lead to up to 2 years in prison or a 4 million won ($3,237) fine.

But taking a photo of oneself outside the polling station with a thumbs up or a victory sign is OK, and can be shared on social media.

Singer and TV personality Kim Hee-chul posted a photo of himself stepping out of the polling station hoisting a victory sign while wearing red slippers, which was regarded as showing support for Yoon Suk-yeol of the People Power Party since his candidate number is two and red is the color of his party. The photo drew some criticism, but Kim’s actions were in accordance with the nation’s law.