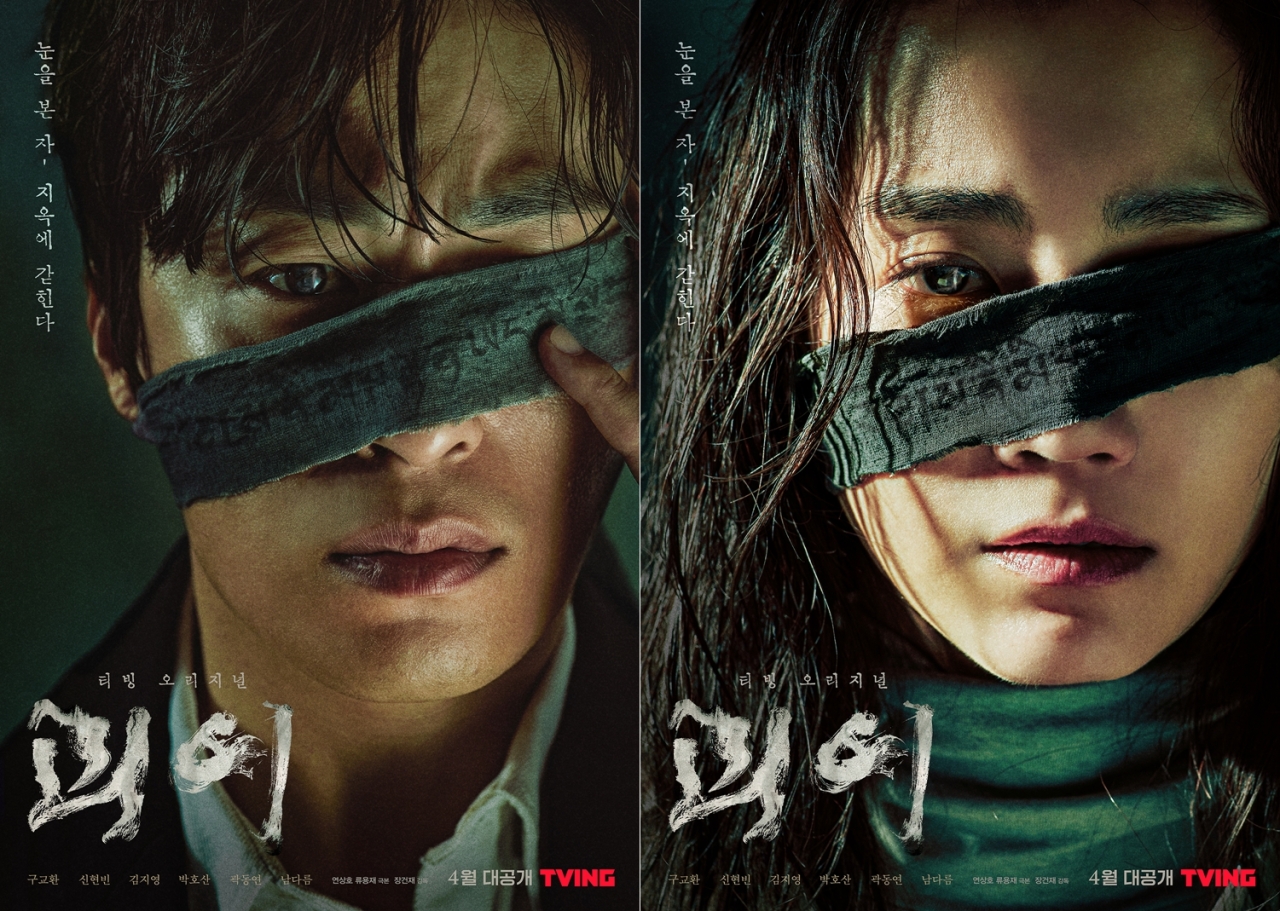 Poster images for “Monstrous” (Tving)
Actor Koo kyo-hwan, 39, who rose to fame with Netflix’s military suspense drama “D.P.,” is returning to the small screen in Tving’s supernatural thriller “Monstrous,” one of the service’s most anticipated works in the first half of the year.

The series depicts a small village where a cursed Buddha statue appears. A number of supernatural incidents follow as the world turns increasingly dystopian.

Koo takes on the role of Jung Ki-hoon, an archaeologist and occult channel YouTuber who sets out to unveil the secret behind the village.

Shin Hyun-bin, 35, co-stars in the series as a talented glyph interpreter, who has been living alone in the cursed village after divorcing Koo.

The star-studded lineup aside, Yeon Sang-ho, the director behind many hit projects such as the zombie films “Train to Busan” (2016), “Peninsula” (2020) and occult thrillers such as tvN’s “The Cursed” (2020) and Netflix’s “Hellbound” (2021) -- joined the project. This time, Yeon is the screenwriter.

“Following the hit series, ‘Monstrous’ will present the expanded universe of Yeon Sang-ho and present a new style of Korean occult thriller by combining shamanistic elements,” a Tving official said in a press release Monday.

The six-part series “Monstrous” is scheduled to air exclusively on Tving in April, but a fixed release date has yet to be announced.