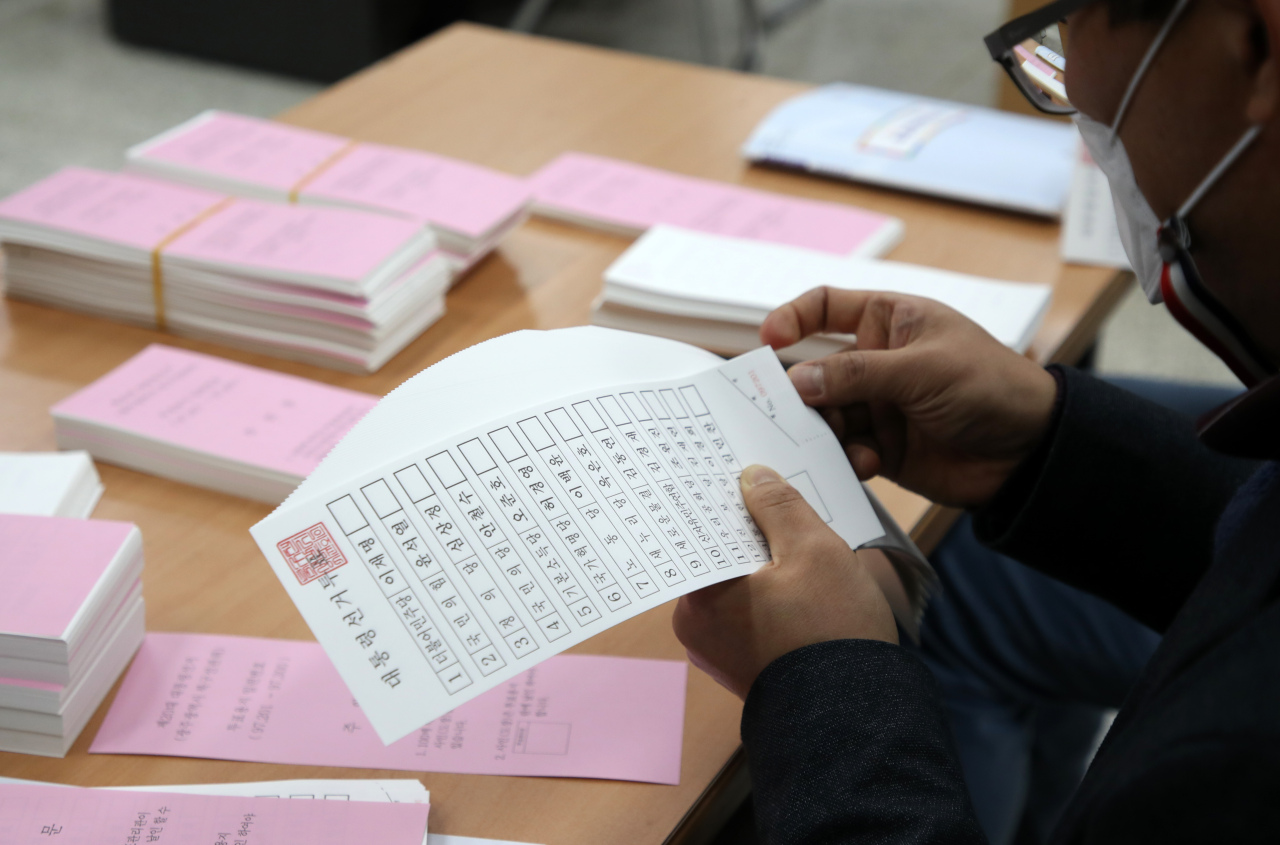 A polling officer inspects ballot papers at a district office in Gwangju, Monday. (Yonhap)
As Koreans head to the polls to elect their next president, here’s a quick look at the vote by key numbers.

14: Number of names printed on the ballot paper
Although the race has come down to dead heat between the two frontrunners, representing the main parties of the left and right wings, it started off with 14 candidates registered. Two dropped out, leaving 12 still running.

27: Length of the ballot paper in centimeters
A single ballot is about 27 centimeters long, listing the 14 candidates, including the two who have quit -- Ahn Cheol-soo and Kim Dong-yeon. Any votes cast for the two will not be counted.

36.93: Percentage of voters who already cast their ballot during the March 4 and 5 early voting period. This is the highest rate recorded since 2014, when advance voting was introduced in the country.

44.19 million: Number of eligible voters. Some 8.8 million of them are estimated to be under COVID-19 home recovery or quarantine restrictions.

5: Local elections being held alongside the presidential vote.
In five constituencies, including Seoul’s Jongno and Seocho districts, voters will also elect their representative for the National Assembly in two reelections and three by-elections. The outcomes of these votes won’t bring about a dramatic change in the dominant position the ruling party has, as it holds 172 seats out of 295 in the unicameral parliament.

421 billion: Expected expenditures in Korean won for today’s election. Divided by the number of voters, this translates to 9,520 won spent per vote.

67 million: Value of one person’s vote in Korean won, calculated by dividing the total of government budgets the newly elected president will influence in the next five years by the number of voters.