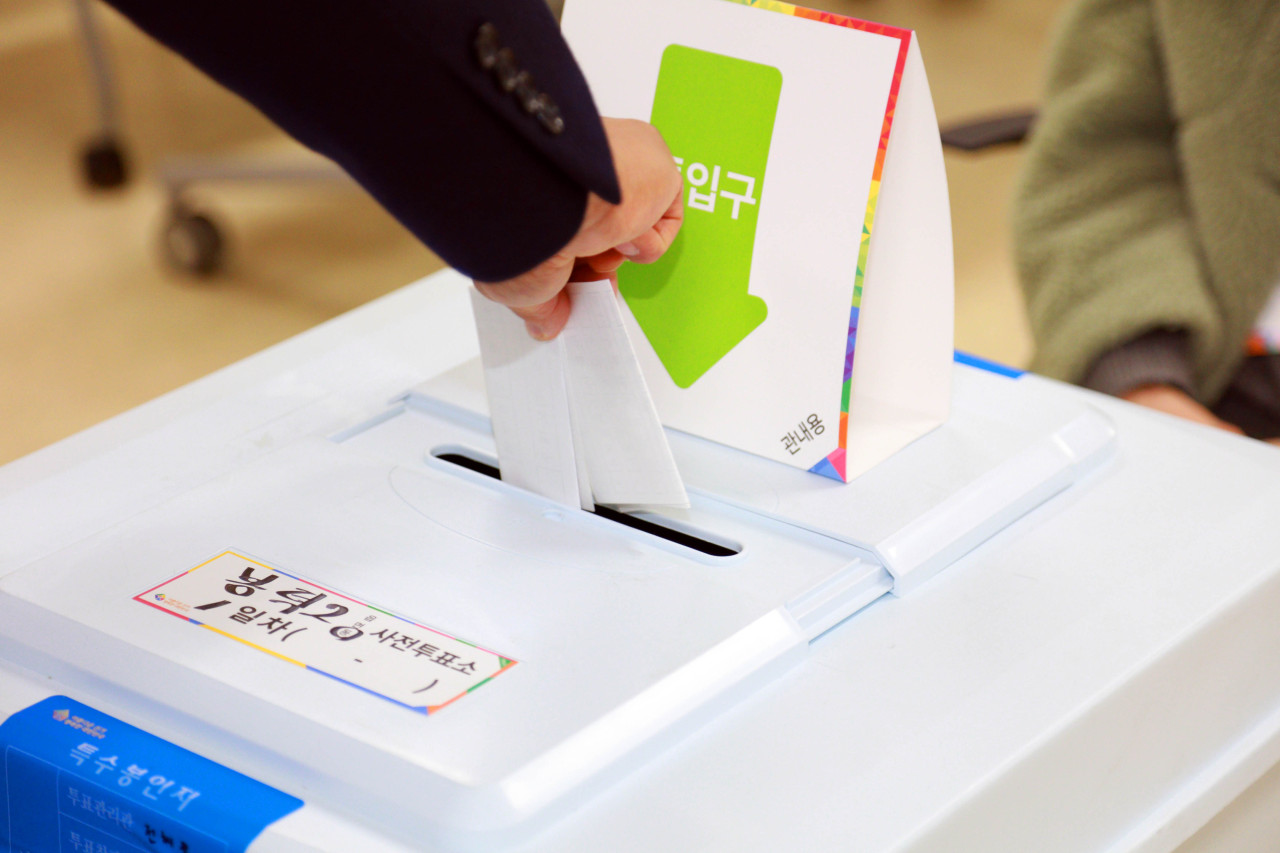 Early voting for next Wednesday’s presidential election kicked off at 3,552 polling stations nationwide, as the country reported a new daily record of 266,853 COVID-19 infections. 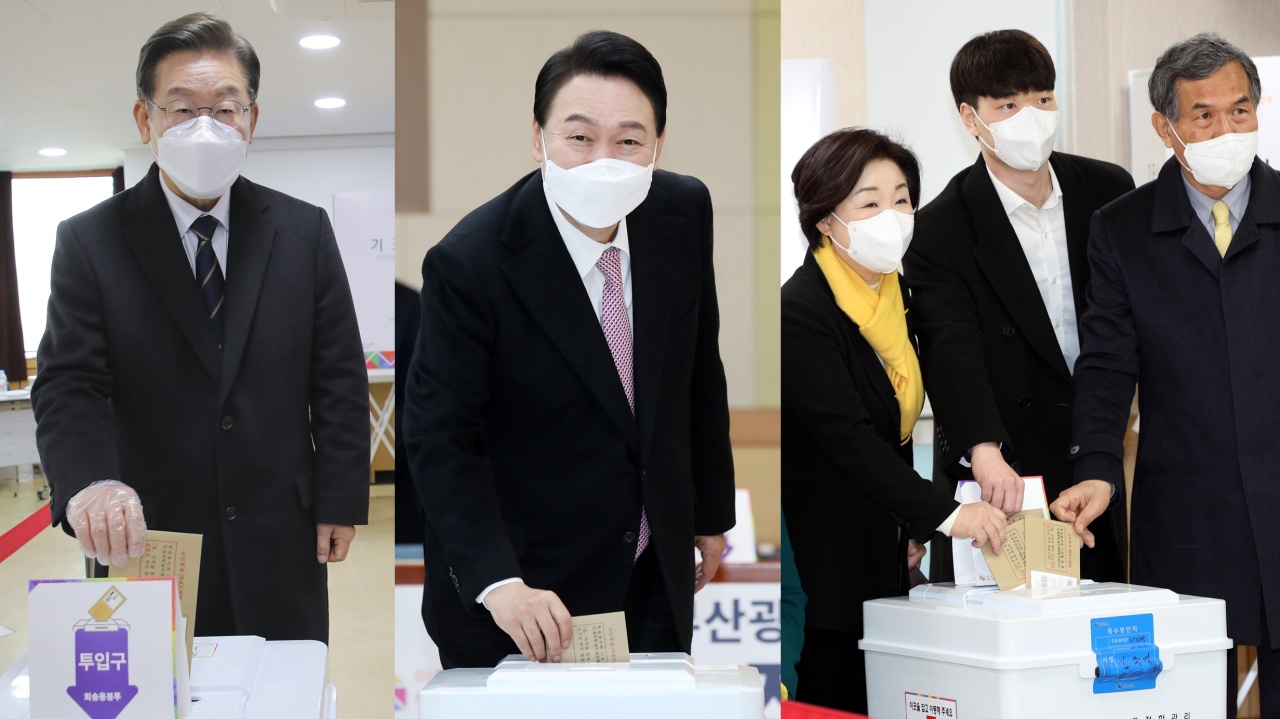 All of the three main candidates -– the ruling party’s Lee Jae-myung (left photo), the main opposition party’s Yoon Suk-yeol (center) and minor left-wing party’s Sim Sang-jung –- cast their ballot in the morning. Both Lee and Yoon were not accompanied by their respective wives. 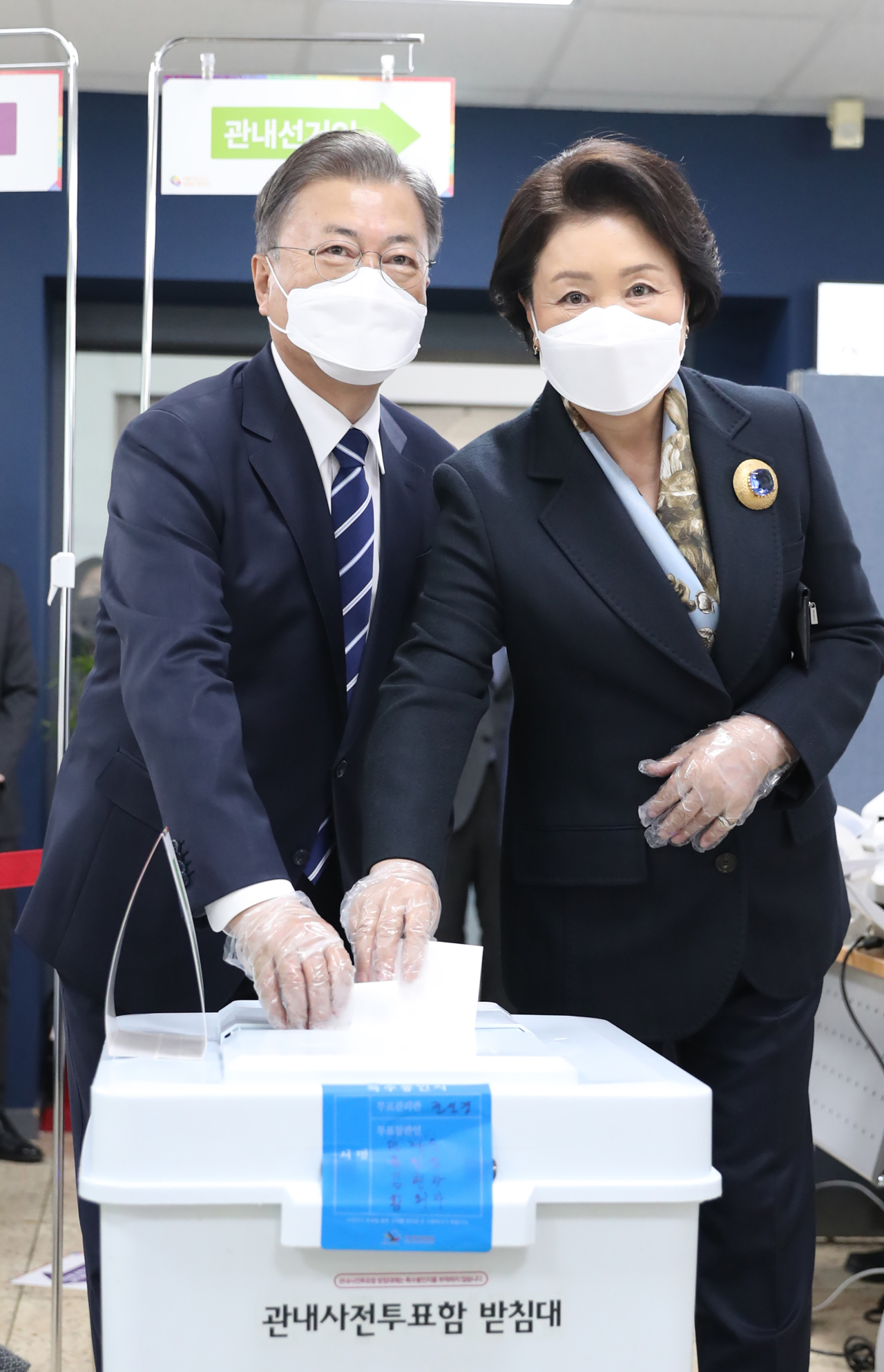 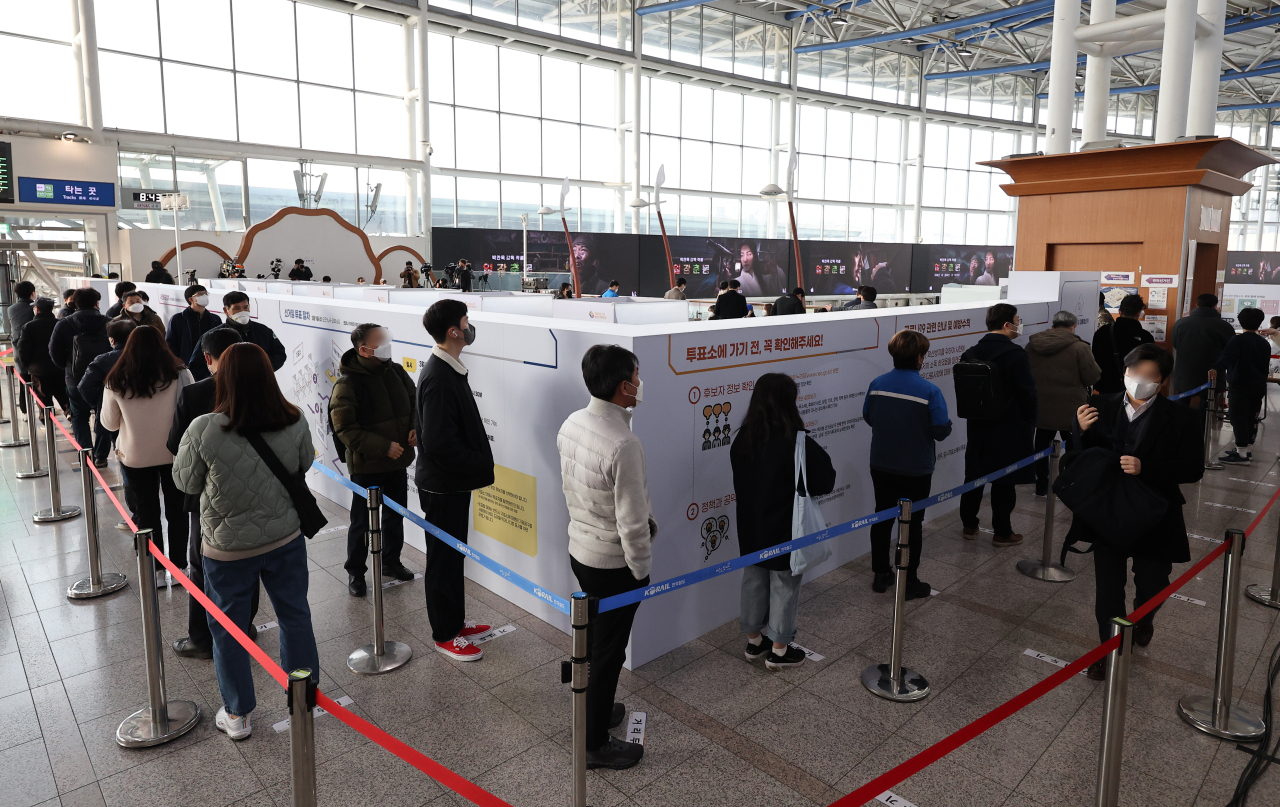 Long lines were reported at many polling stations, as the ongoing omicron surge has made early voting more popular. The turnout as of 10 a.m. was at 3.64 percent, 1.26 percentage points higher than the tally of the same time during early voting for the 2017 presidential election. 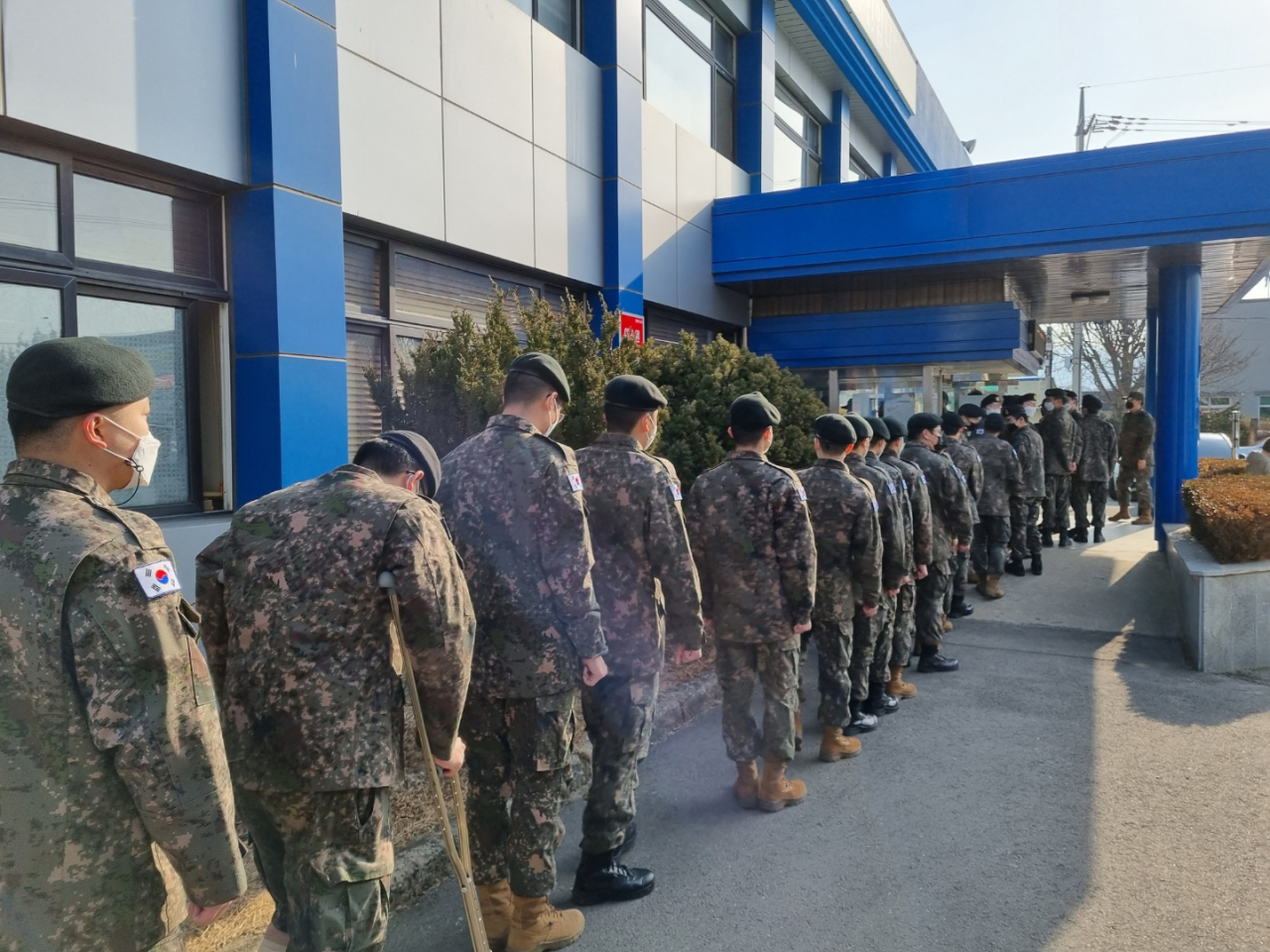 Polling stations will open from 6 a.m. to 6 p.m. on Friday and Saturday. COVID-19 patients and those in quarantine can vote if they arrive between 5 p.m. and 6 p.m. Saturday.