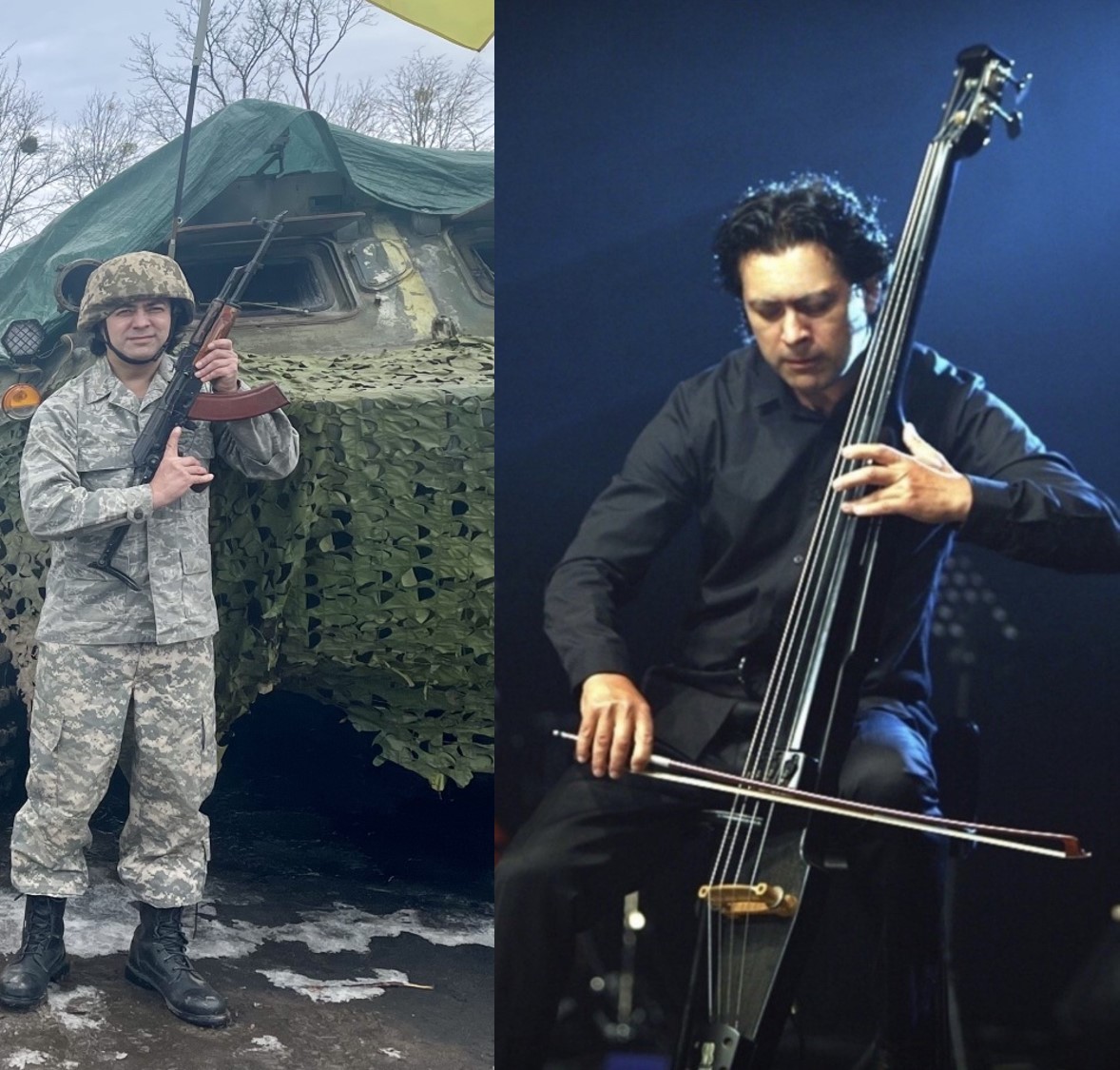 Contrabassist Ziuzkin Dmytro (Seoul Pops Orchestra)
Seoul Pops Orchestra director and conductor Ha Sung-ho said that SPO will be performing a fundraising concert this month for Ukraine and the Ukrainian artists of the orchestra, who have left South Korea to join the fight against Russian troops.

Explaining that the orchestra’s members have not been able to see each other since a New Year‘s concert in January due to the fast-spreading omicron variant, Ha told The Korea Herald, “I was worried about our Ukrainian members in light of the situation between Russia and Ukraine.“

Ha explained that after many members of the orchestra made efforts to contact the Ukrainian artists, they were found to have left the country for their homeland.

The 70-year-old conductor said that the orchestra received a photo from Dmytro showing the musician in a military uniform holding a gun on Wednesday.

“I have been working with our members for almost 20 years. The orchestra is like a group, almost like a family. We do have Russian artists, but everyone is worried about our colleagues,” Ha said. 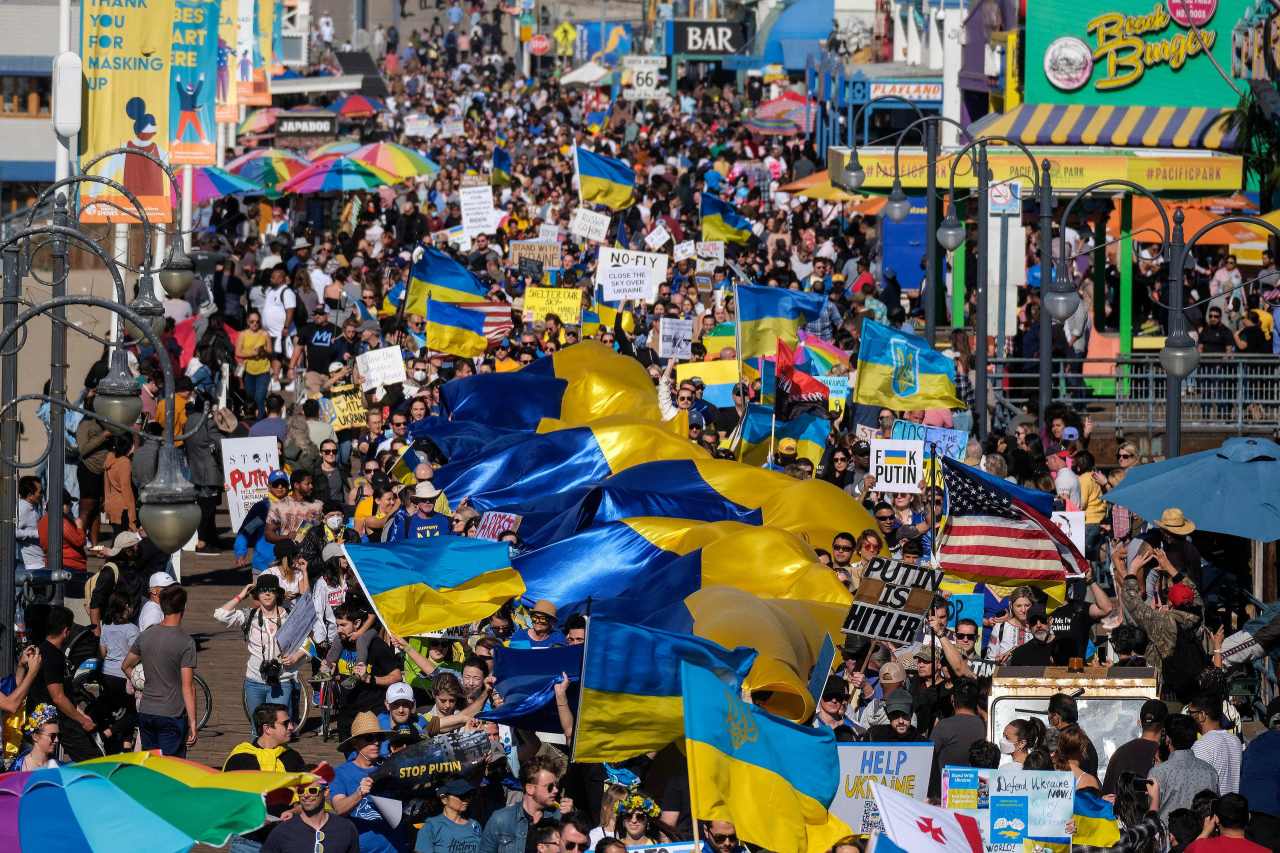 Demonstrators carrying a giant Ukrainian flag march during a rally in support of Ukraine in Santa Monica, California, on Saturday. (RINGO CHIU / AFP) 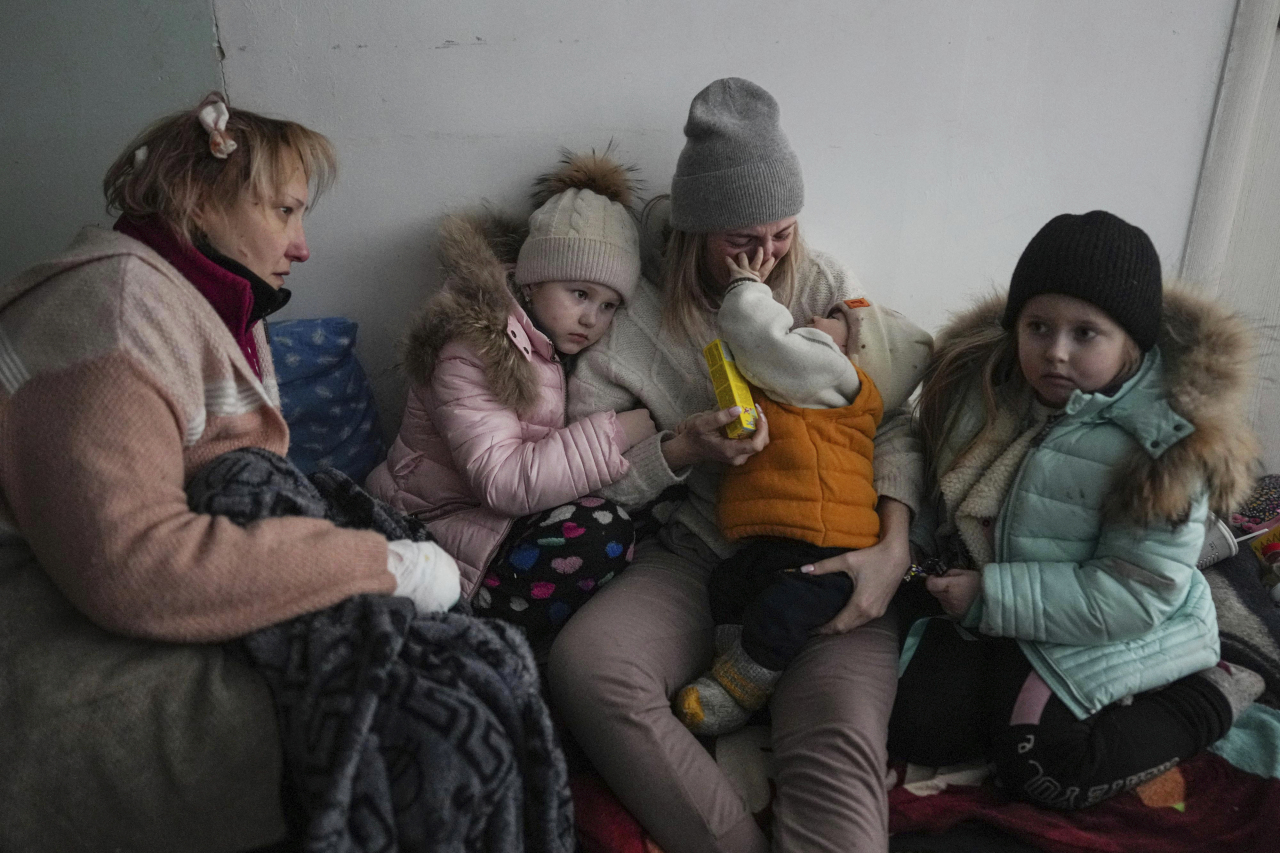 Women and children sit on the floor of a corridor in a hospital in Mariupol, eastern Ukraine on Friday. (AP Photo/Evgeniy Maloletka) 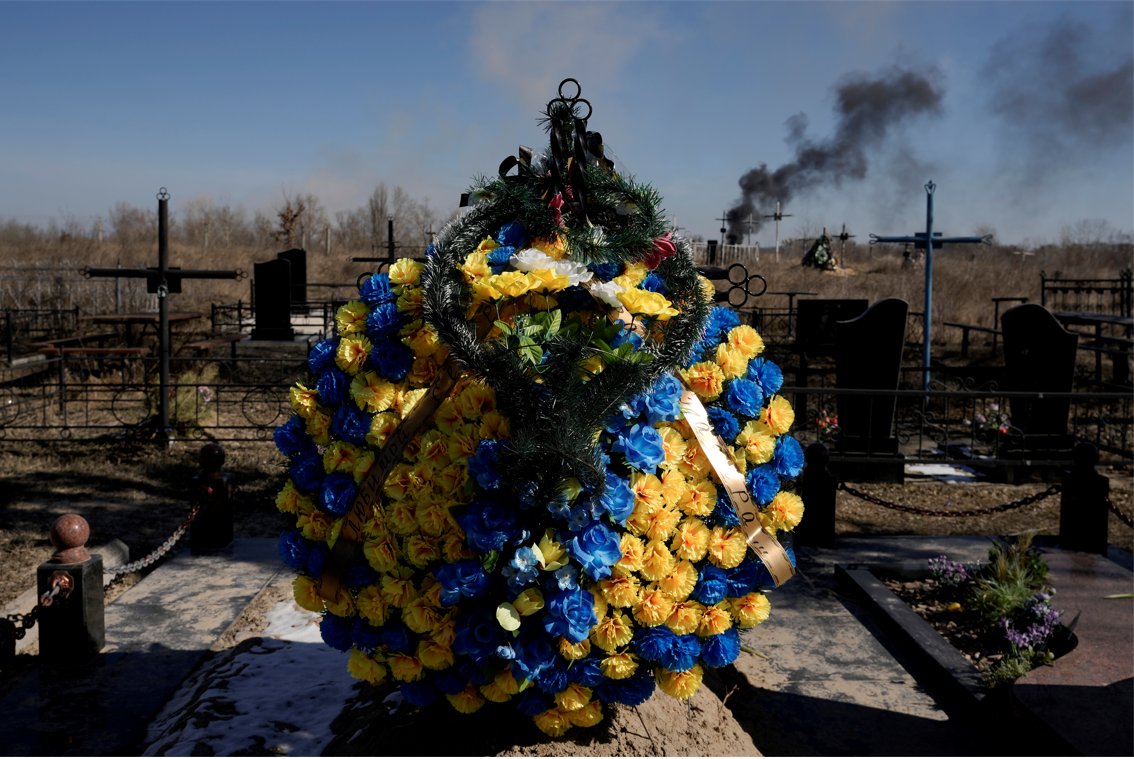 Smoke from shelling rises as a wreath of flowers is placed at a cemetery in Vasylkiv south west of Kyiv, Ukraine on Saturday. (AP Photo/Vadim Ghirda)
“I am worried about all of our members, because I have not heard much about them. I only hope they stay safe,” the conductor added.

From Ukrainian artists to sports players and Olympic athletes, many people are reported to have returned to their homeland to stand against the invading Russian troops.

Meanwhile, the upcoming Tongyeong International Music Festival, an annual event where acclaimed international classical musicians and Korean artists perform, is scheduled to run as planned from March 25 to April 3.

“We are aware of the ongoing situation between Ukraine and Russia. Though nothing can be said to be certain, our programs for this year’s TIMF do not have any changes at the moment, including the ones with Russian artists,” a TIMF official told The Korea Herald on Thursday.

“The festival will try to focus on music,” the official added.