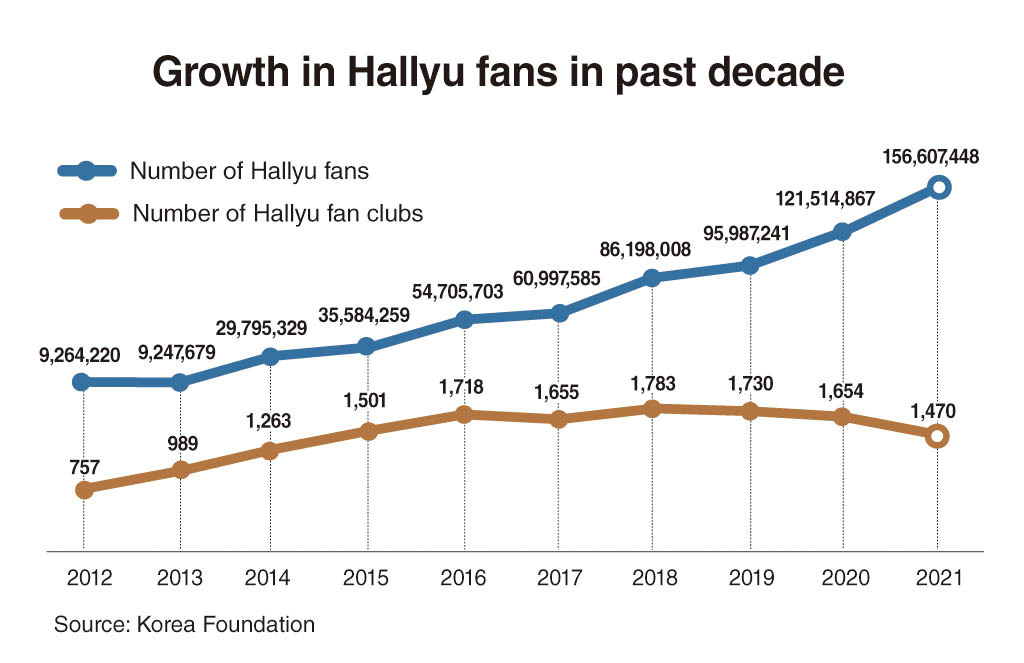 Figures show the rise in the number of Hallyu (Korean Wave) fans in the past decade. (Korea Foundation)
The number of Hallyu, or Korean Wave, fans around the world has increased 17 fold in the last decade, proving the firm global popularity of Korean content and stars.

According to a survey published by the Korea Foundation in cooperation with 152 overseas missions on Thursday, the number of Korean Wave fans recorded 156.6 million as of December last year.

A total of 116 countries were surveyed for the latest report, 31 more countries than the 85 in 2012 when the first survey was conducted. The number of Korean Wave fans that year stood at 9.26 million.

The KF noted a continued geographical expansion of the Korean Wave as a notable result.

Counting by continents, six countries have newly joined from Asia and Oceania. There was one from the Americas, seven from Europe, and 17 from Africa and the Middle East, the report said.

Meanwhile, integration of Korean Wave fan clubs merging and working together in larger groups was prominent, the report said. 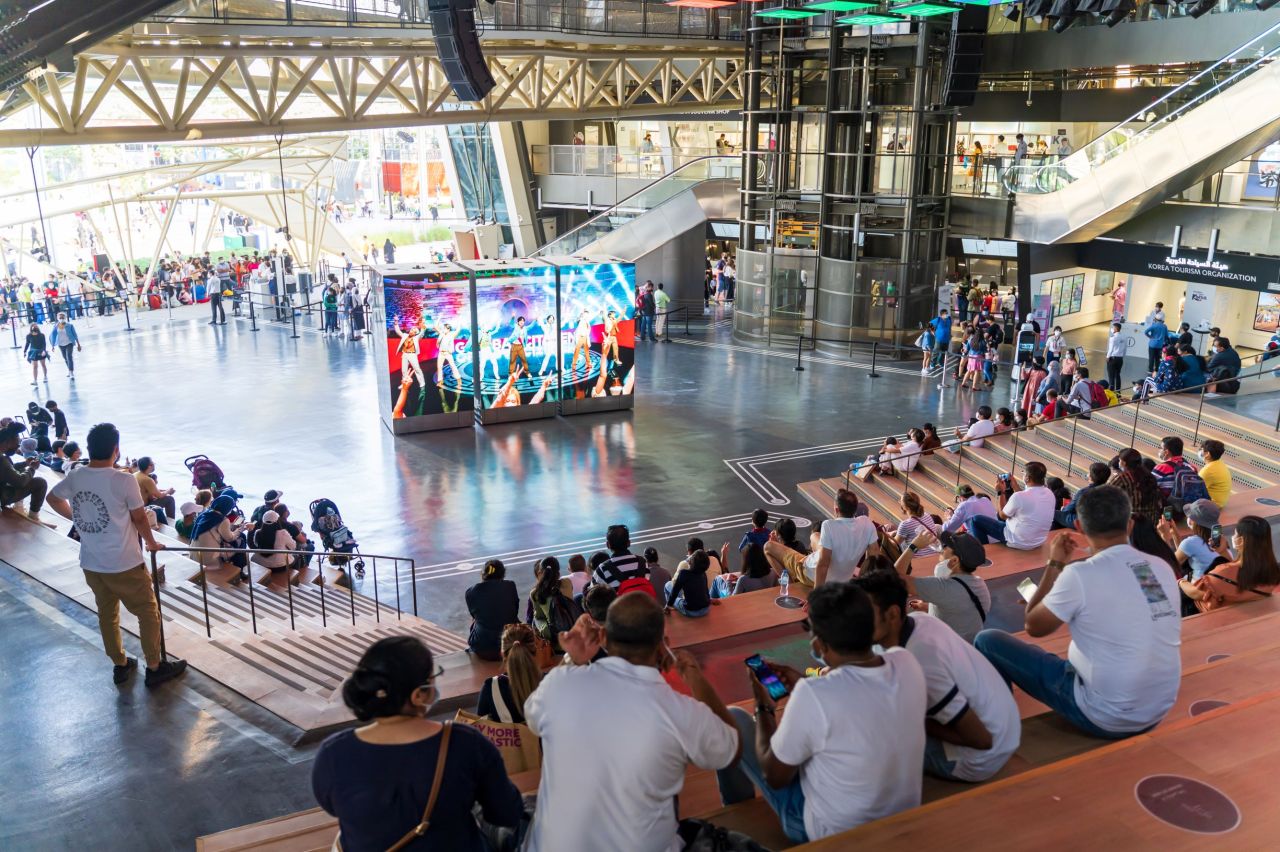 Visitors at the Expo 2020 Dubai’s Korean Pavilion watch music video of BTS’ “Permission to Dance” last year. (Yonhap)
“Considering the geographical spread of Hallyu and the impact of fandom culture on the global community and economy, the trend has now become a global cultural phenomenon.” the KF analyzed.

According to the KF, the pandemic has led to renewed global competitiveness of the Korean Wave, shown by the recent successes of Korean video contents on global platforms.

In addition to K-pop with BTS at its center, Korean dramas, movies and webtoons which faced language barriers in the past also made giant leaps forward, proving their potential in the global market, the KF added.

“Many (experts) have pointed out the need for strategic measures for the digital era and the need to be prepared for potential risk factors in social, cultural, historical and diplomatic aspects of Hallyu,” the report said.

The full report is available through the KF’s official website.