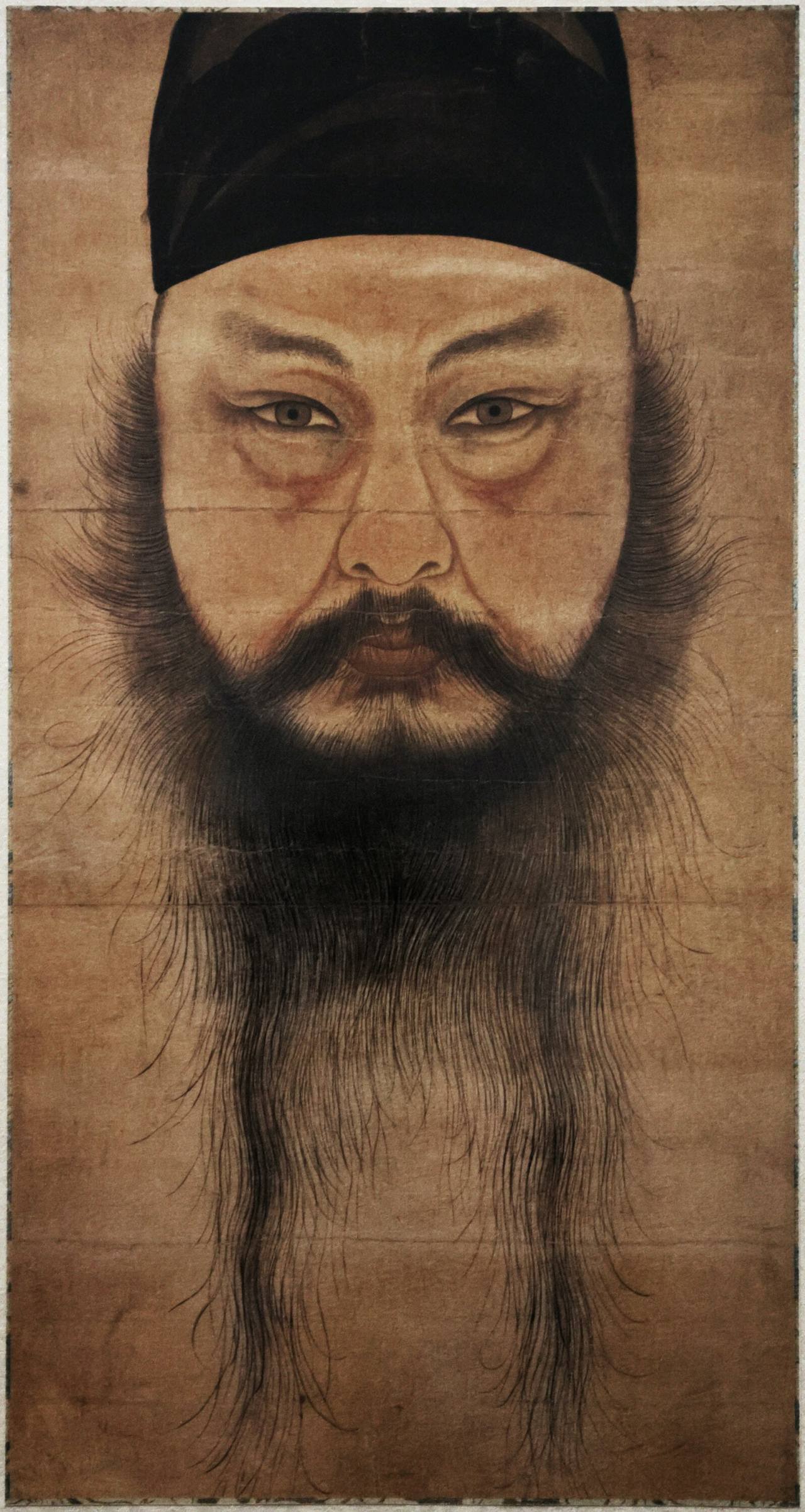 Self-portrait by Yun Du-seo (1668-1715), a painter and scholar from the Joseon era (Hyungwon Kang)
The portrait of Gongjae Yun Du-seo, National Treasure No. 240, is a striking and unforgettable image.

One of best known Joseon-era seonbi -- a virtuous scholar -- and a brilliant painter, Yun Du-seo (1668-1715) is credited with changing the practice of portraiture in Korea with his self-portrait, hailed as a masterpiece.

During the Joseon era, a nobleman‘s beard was a symbol of his authority.

Portraits of Joseon men of stature and significance were commissioned to be hung over their neo-Confucian academy shrine after their passing, a privileged practice.

Yun’s self-portrait, with its piercing stare and the beard realistically drawn to scale with fine black ink lines -- less than half a millimeter at the thickest width -- depict him as vividly and as sharply as any modern portrait photograph. Seeing the portrait would have been an overwhelmingly powerful and memorable experience for viewers back then as well as viewers today.

Yun drew his portrait on hanji, traditional Korean paper made from the inner bark of mulberry trees. Some of the fine lines depicting his beard run as long as 60 centimeters.

Drawing 60-centimeter strands of beard with a black ink and brush would present technical challenges even for modern paint brushes.

Researchers have concluded that a Joseon paint brush made from mouse whiskers would have been the only tool capable of painting long thin lines using traditional ink.

“Hyogyeong,” a classic on filial piety based on Confucius’ teachings, says, “The beginning of filial piety starts with preserving the body and hair from parents.” It also says, “The completion of filial piety is to be successful in life and making a name for yourself for future generations.” 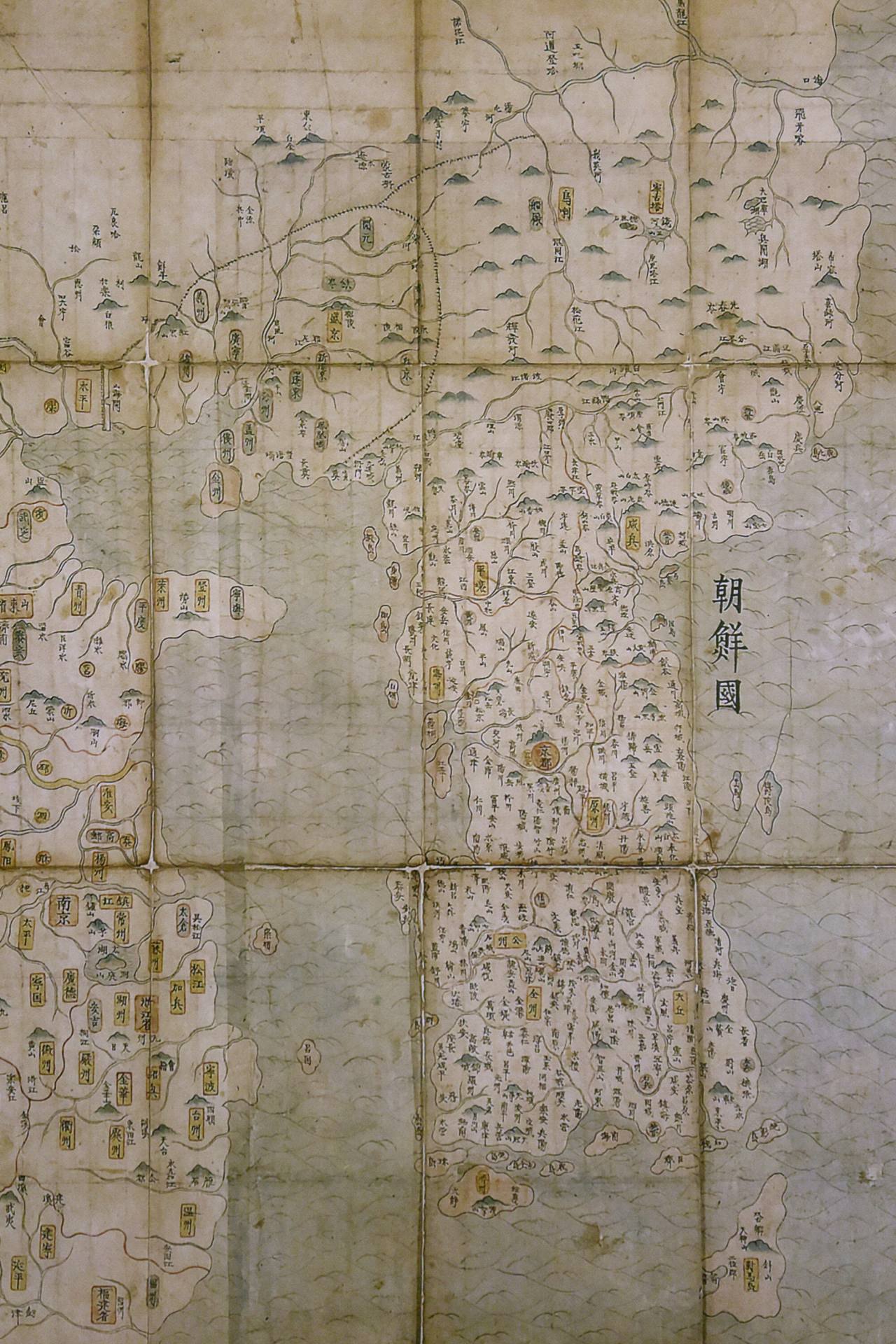 The Dokdo islets are clearly seen in this map from the Joseon era drawn by Yun Du-seo (1668-1715) (Hyungwon Kang)
Cutting off a part of the body in portrait paintings was unheard of in the 17th and 18th centuries, but that is exactly what Yun did with his self-portrait.

Yun’s “in your face” self-portrait was an avant-garde expression of his masculinity at a time when most neo-Confucian scholars had their portraits painted with more indirect poses.

With its emphasis on the intense eyes and sideburns that point outward, the self-portrait does not fit the scholarly seonbi image. Yun was ahead of his time in expressing himself through his self-portrait.

When Yun painted his self-portrait, he used a nickel mirror that was made in Japan to see the details of his features, according to records at the Gosan Yunseondo Artifact Museum.

Long before photography arrived in Joseon, court portrait artists created portraits of the king called “eojin,” which sought to provide a look into the inner spiritual world of the subject.

The practice of hyperrealistic portraits during the Joseon era was called “sajin,” which now also means photograph. Here, portrait artists were challenged to draw, in exacting detail, the likeness of the subject.

Hence a Joseon expression, “If one piece of hair isn’t exact, the portrait might as well be of someone else.”

A painting titled “Beautiful Woman” by Yun Yong, grandson of Yun Du-seo (1668-1715), is on display at the Yun family museum in Haenam, South Jeolla Province. (Hyungwon Kang)
Hanji and silk on which most portraits are painted form a translucent canvas. The painter can apply paint not only on the front but on the back of the canvas to achieve the desired complexion and tone in portraits.

Using modern technology to analyze Yun’s self-portrait, researchers confirmed that he had painted his portrait on both sides of the hanji.

Although he is well known for his iconic self-portrait, Yun Du-seo is often eclipsed by his great grandfather Yun Seon-do (1587-1671), who was a poet, politician and teacher to the children of King Injo, the 16th ruler of Joseon.

The Yun family of Haenam did very well back in the day, and the family’s wealth had been passed down for generations. 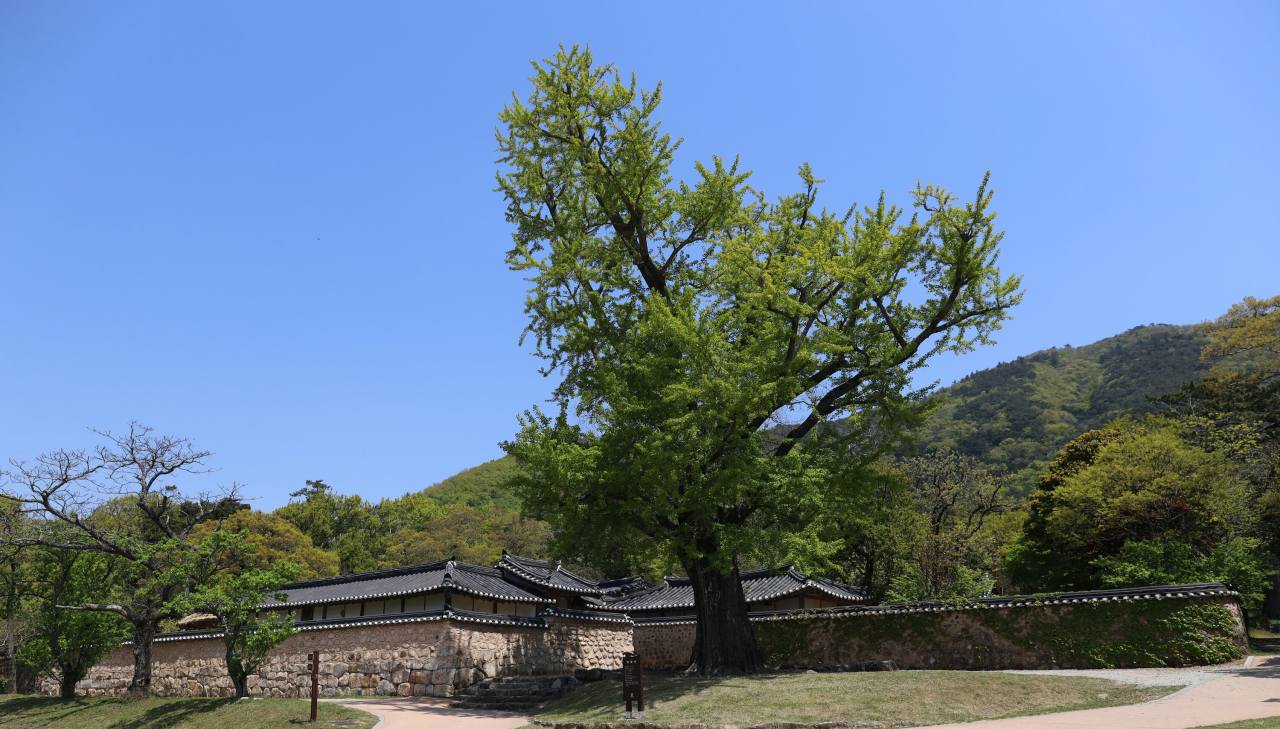 A 500-year-old ginko tree stands tall in front of a complex of hanok belonging to the Haenam clan of Yun. One of the hanok was disassembled at its original location in Suwon, Gyeonggi Province, and reassembled in Haenam, South Jeolla Province, in 1669. (Hyungwon Kang)
The Haenam Yun clan has been a fixture for the past 600 years, according to the museum. “There are over 50,000 Yun family descendants,” according to Yun Young-yea, a 10th-generation descendant of Yun Seon-do.

“Preserving family treasures was the job of the many nameless daughters-in-law of the Yun family,” said Yun, the docent at the Gosan Yunseondo Artifact Museum.

As the eldest son of his generation of the Haenam Yun clan, Yun Du-seo inherited vast family wealth, but lived the life of a seonbi.

True to the calling of the life of seonbi, Yun lived a modest life, often sharing his wealth with poor people.

“Yun Du-seo often hid his burning of promissory notes from people who were indebted to his family, erasing their debts,” said the docent.