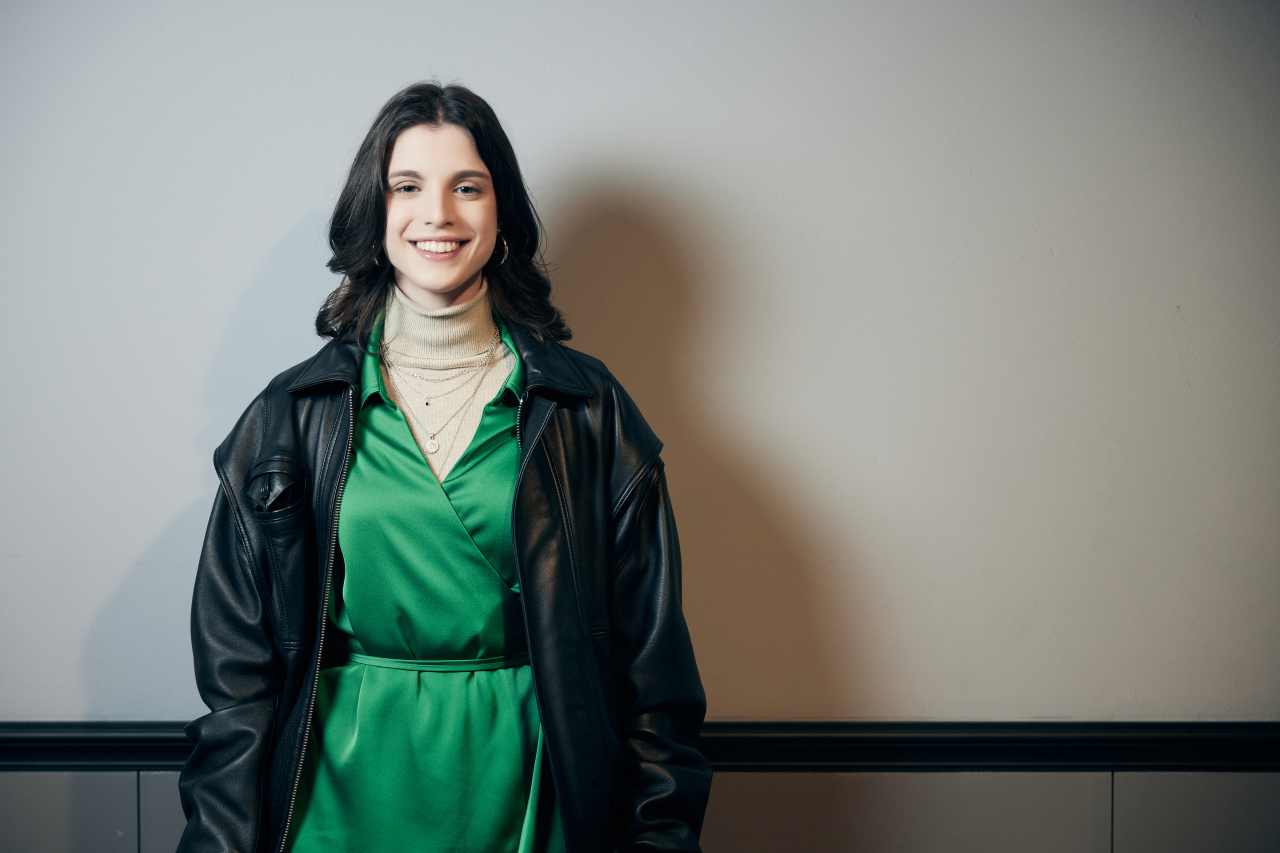 The Brazilian actor, 27, who first came to Korea as an exchange student, explained during her interview with The Korea Herald that it was because he proposed the role via an Instagram message.

“I was like, what is this?” she said. “I do receive a lot of messages on Instagram and half of them are scams.”

It was when she met the director in person that she was able to drop her worries and decide to join the director‘s new project.

“He explained the story. I thought it was really interesting to see a Korean movie that brought in a foreign perspective on Korea, which is something that’s not very common. At least I haven‘t seen it so far. And it was a character that I could relate to,” she said.

“Sophie′s World” features Sophie’s four days in Korea visiting Soo-young (Kim Sae-byuk) and Jong-gu (Kwak Min-kyu) at their home. The main reason Sophie comes to Korea is to look for her friend Ju-ho (Kim Woo-kyum) but the only thing that she knows about him is that he used to work at a second-hand bookstore in Bukchon, Seoul. While staying at Soo-young and Jong-gu’s place, Sophie finds out that they are having financial difficulties and need to move out of their home.

During the interview, Ruggiero talked about the restricted roles she gets to play in Korea as a foreign actor. 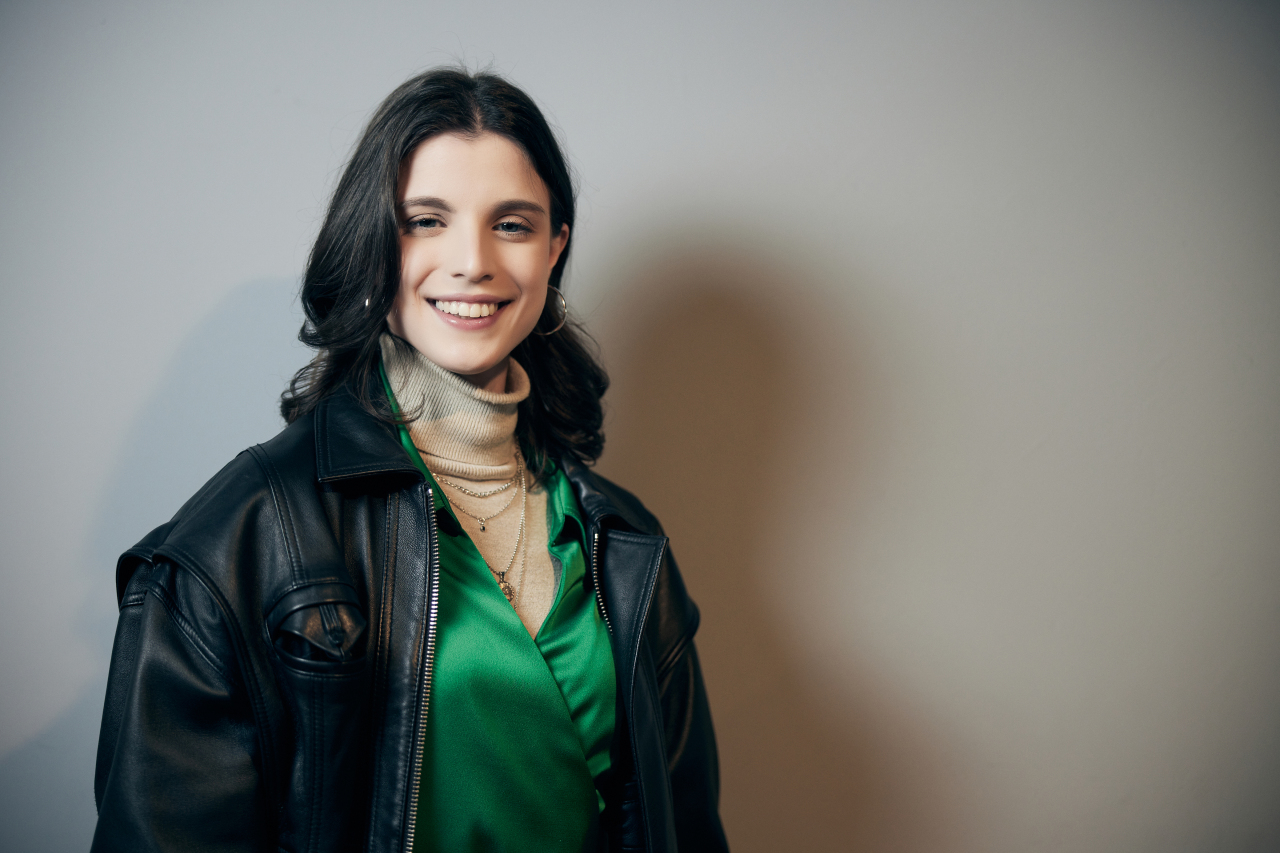 Actor Ana Ruggiero (Mareummo Film)
“I think we are getting a little bit more opportunities after ‘Parasite’ and ‘Squid Game.’ I think they’re trying to include a little bit more foreign characters in movies and TV shows,” she said.

Although there are changes, they are taking place slowly, according to Ruggiero.

“Usually for guys (male foreign actors) they play soldiers, but not even that for girls. It’s even fewer opportunities, to be honest,” she said. “One of the reasons I decided to do this movie was because I would have that opportunity to explore a little bit more than what I was usually allowed to do.”

She explained that for “Sophie’s World” she was able to communicate freely with the director who speaks English. She was also able to change some of the lines to better fit Sophie’s character.

When asked which scene she most related to, she picked a scene in which Sophie takes pictures of different signs in Korea and shows them to her Korean friend to find out what they mean.

“Mistranslationsis something that happens often when you first come to Korea, so that’s something funny and very relatable.”

Before “Sophie’s World,” she did voice acting for a small role in the Netflix show “Space Sweepers.” 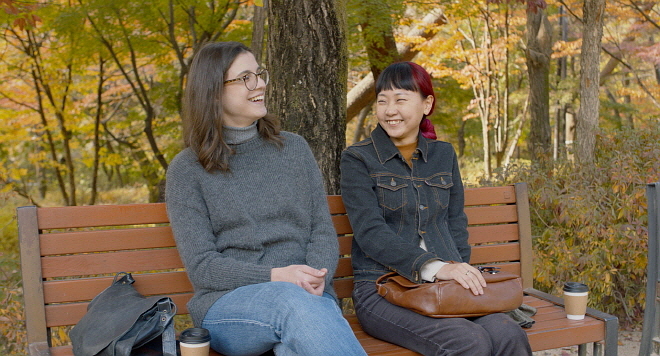 Actor Ana Ruggiero stars in “Sophie’s World” directed by Lee Jea-han (Mareummo Film)
“It was a mixed feeling. I was really happy to see myself there. At the same time, a little bit embarrassed and scared as well because I didn‘t know if the public would take it well,” she said.