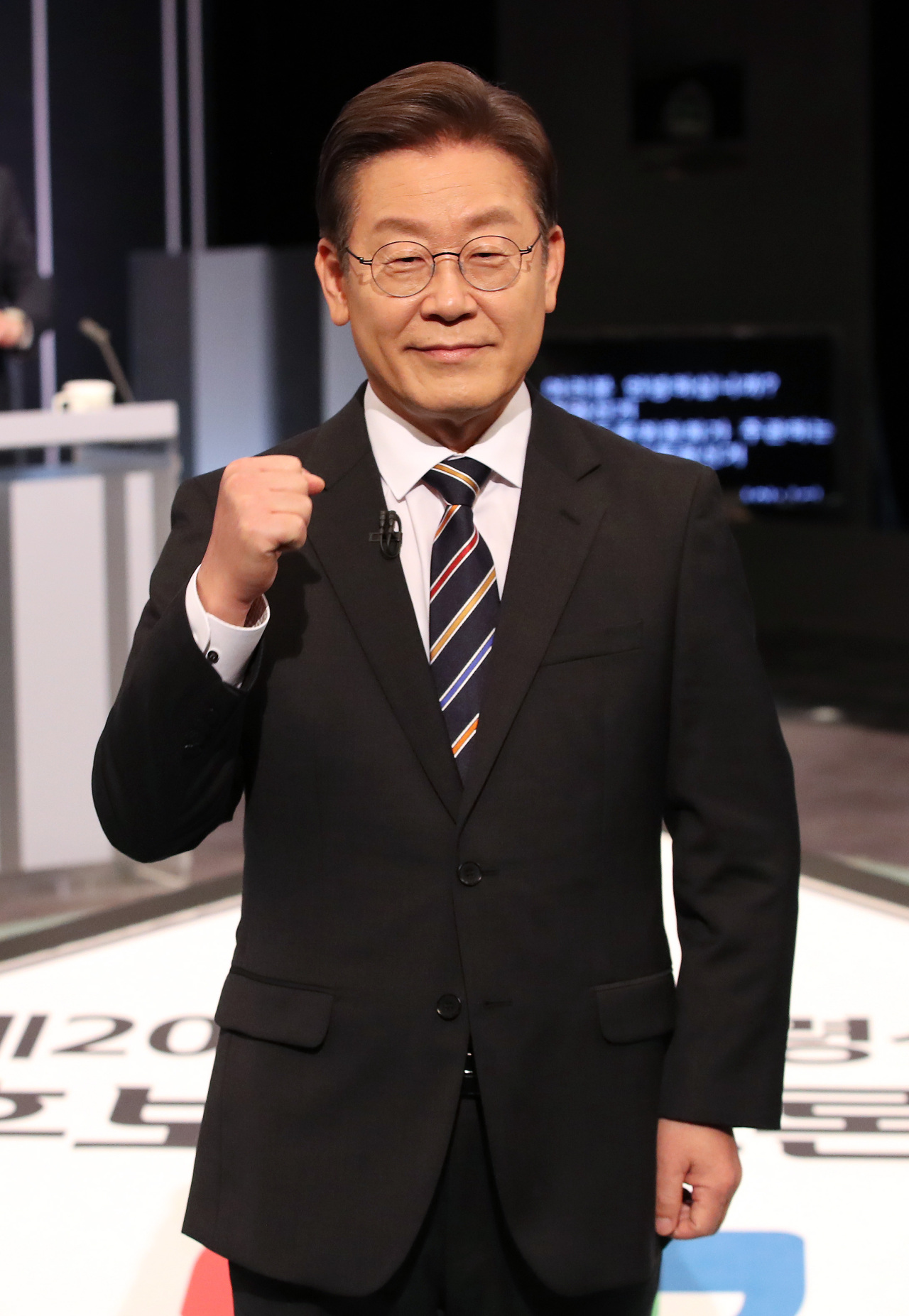 During a TV debate program held Wednesday, Lee said the state has a duty to compensate all the losses people have had to shoulder as a result of following the government’s COVID-19 protocols. And if elected, he would enlarge the budget and increase spending to execute the vision.

Lee said his government will reinstate credit ratings of those whose ratings have been forced into credit delinquency by the pandemic, while providing cash as a means to make up for the revenue lost from the virus outbreak. Lee added that it is inevitable for the government to be more involved in order to help the economy get back on its feet during and after the pandemic.

The ruling party candidate also said he will push to pass another supplementary budget of 50 trillion won ($41.4 billion) to compensate small-business owners and others as they have demanded, adding that further supplementary spending can also be pursued if needed.