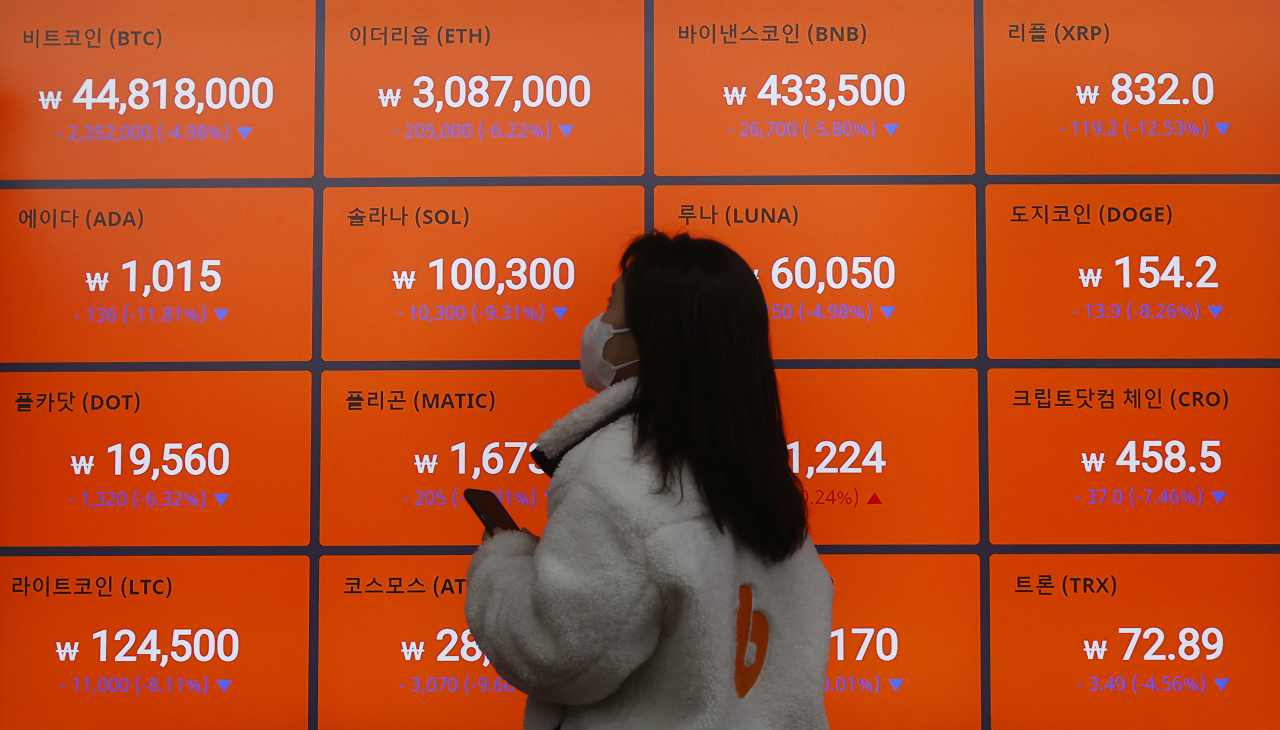 A woman stares at a giant electronic signboard displaying the trading information of different virtual currencies at a cryptocurrency exchange in Seoul. (Yonhap)
South Korea’s crypto assets market has grown to 55.2 trillion won ($45.9 billion) as of end-2021, with the number of users amounting to nearly 5.58 million, according to a recent study by the nation’s top financial regulator on Tuesday.

The Financial Service Commission conducted the study, a first of its kind, based on data compiled from a total of 24 licensed crypto currency exchange operators here.

Korean-won denominated cryptocurrency operators accounted for some 95 percent of the entire transactions. There are currently four crypto operators that deal with won-denominated currency by partnering with local banks to issue real-name accounts for its customers: Upbit, Bithumb, Coinone and Korbit.

Of the 15.25 million people who have accounts at the crypto currency exchanges, the actual number of people who participate in trading came to 5.58 million.

Some 56 percent of the users or 3.1 million investors each owned virtual assets below 1 million won, while those with over 10 million won came to 820,000, accounting for 15 percent.