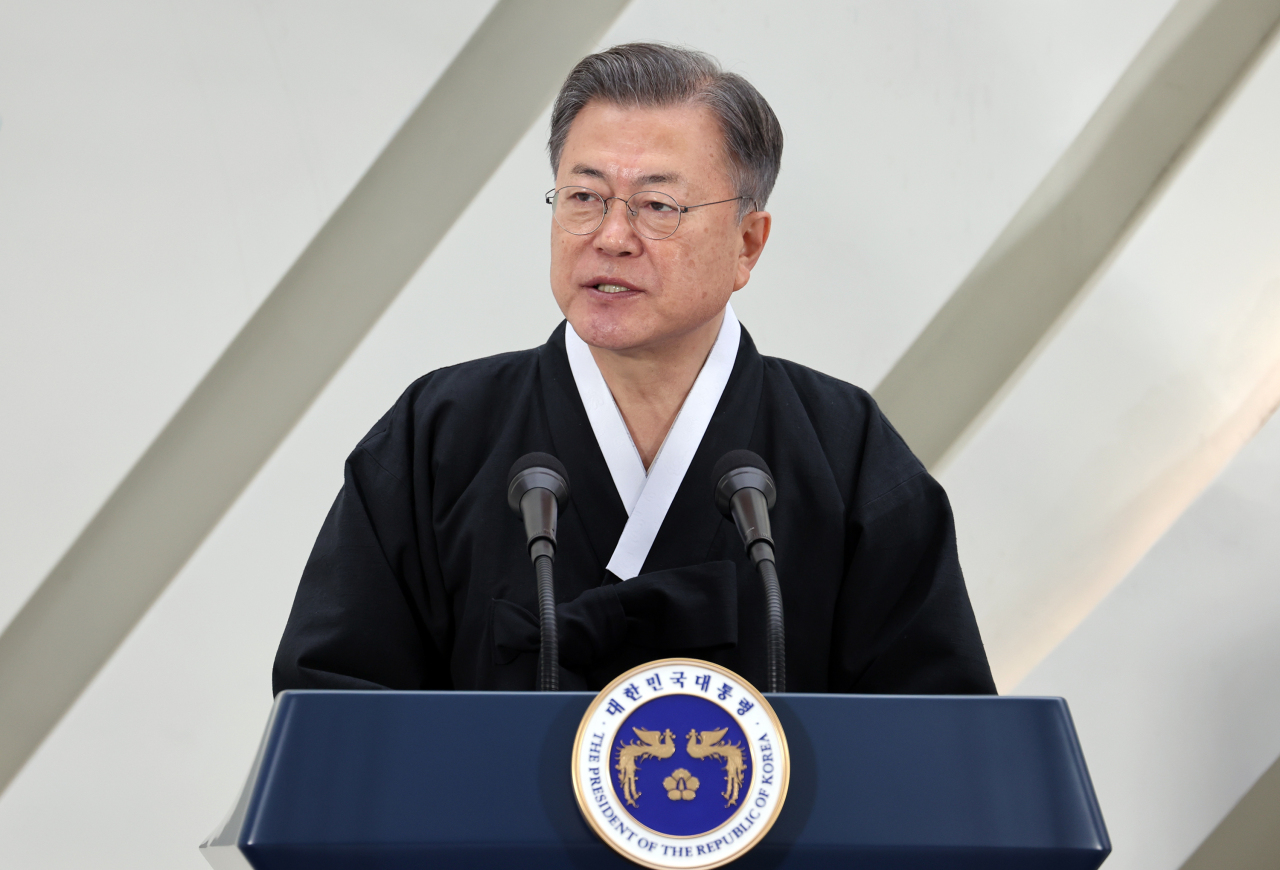 Moon and his wife Kim Jung-sook attended the 103rd anniversary ceremony of the March 1st Movement at the National Memorial of the Korean Provisional Government in Seodaemun-gu, Seoul. The memorial hall, which was created as part of Moon’s presidential pledge, opened for the first time on the day.

“Cooperation between Korea and Japan is the responsibility of the present generation for future generations,” Moon said at the ceremony.

He said Korean ancestors suggested that Japan overcome “old resentment” and “temporary emotions” and work together for peace in Asia in the March 1st Independence Movement Declaration. “We feel the same now.”

Moon urged Japan to change its lukewarm attitude toward resolving the problems of the past and hoped Japan would take leadership as an advanced country.

“Japan must face history and be humble before it,” Moon said. “Japan will become a trusted country when it can sympathize with the wounds of the people of neighboring countries that are sometimes exacerbated by the once unhappy past.”

He said the Korean government would always open the door to dialogue to respond to global tasks, including peace and prosperity in the region and the pandemic, climate crisis, supply chain crisis, and new economic order.

President Moon also sent a message that peace through dialogue is essential to North Korea, which has been continuing eight missile provocations this year.

He said the Korean government was able to achieve peace through dramatic dialogue at its inception amid the North Korean nuclear crisis.

“But our peace is vulnerable,” Moon said. “It’s because the conversation halted. Dialogue efforts to sustain peace must continue.”

Due to the constant provocations from the North, the declaration of an end to the war has been nearly impossible during Moon’s tenure. He did not directly mention it in the speech.

The ceremony was attended by about 50 figures, including key government officials, descendants of independence activities, liberation associations and religious circles, considering the pandemic.

The March 1st Movement, which occurred on March 1, 1919, was a protest movement by Korean people and students calling for independence from Japan. Over 1,000 demonstrations took place nationwide, with an estimated 7,500 killed and 16,000 wounded and 46,000 arrested.