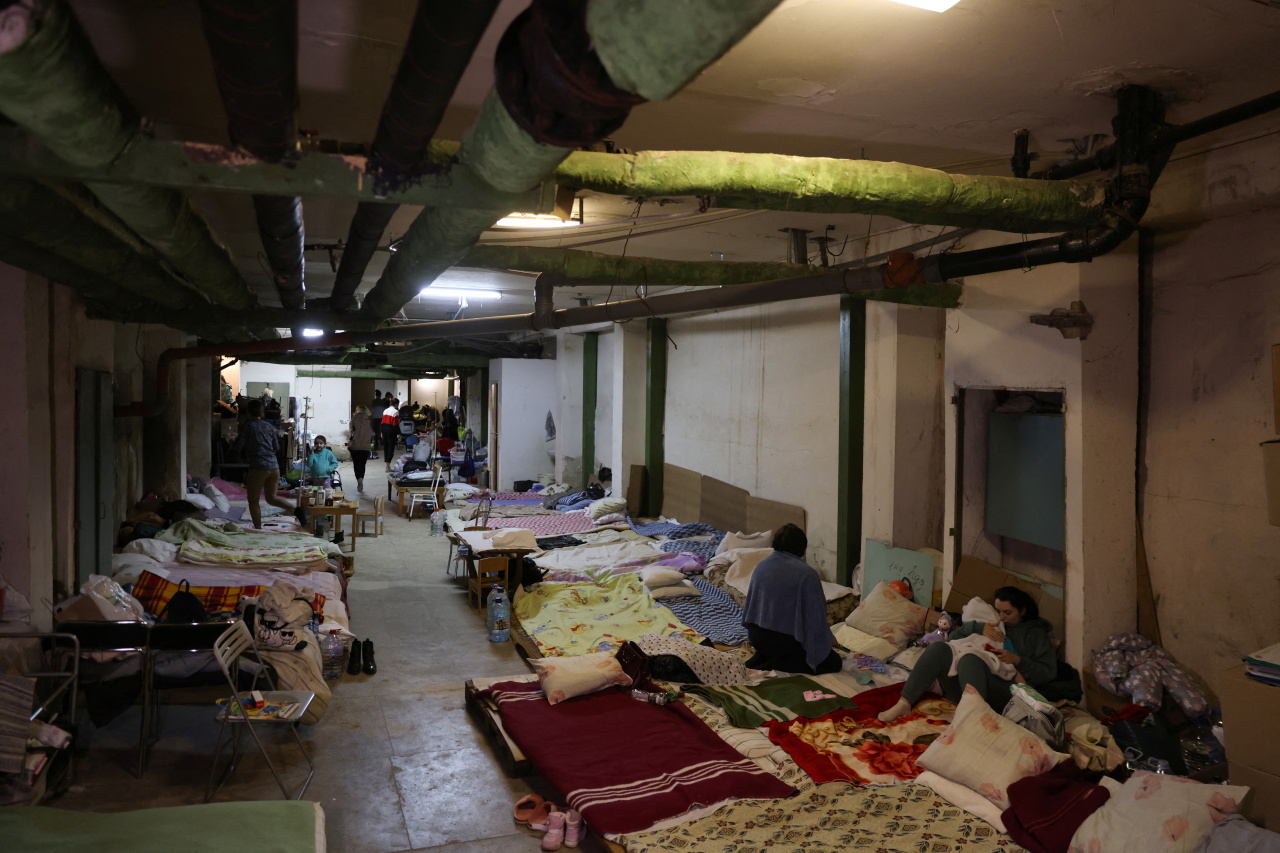 Children patients whose treatments are underway, parents and medical staff stay in one of the shelters of Okhmadet Children's Hospital, as Russia's invasion of Ukraine continues, in Kyiv, Ukraine, Monday. (Reuters-Yonhap)

Korea decided to provide $10 million in humanitarian assistance to Ukraine, as it is fighting against Russia's invasion, Seoul's foreign ministry said Monday.

The aid for the Ukrainian government and its people, including refugees, was announced hours after President Moon Jae-in ordered officials to swiftly draw up a plan to help support the deteriorating humanitarian situation in the country.

"The assistance will be swiftly made following consultations with the governments of Ukraine and its neighboring countries, as well as with international organizations," the ministry said in a statement.

The UN High Commissioner for Refugees estimates more than 4 million Ukrainians could flee the country following the conflict.

"We hope our government's support can be effectively helpful to the Ukrainian people and refugees, and we will continue active contribution to resolve Ukraine's humanitarian crisis," the ministry added.

Moon also told officials that the government should set up contingency measures to minimize the impact of sanctions on Russia, presidential spokesperson Park Kyung-mee said.

Foreign ministry officials said they will hold talks with US officials about export controls on Moscow.

Washington earlier announced restrictions on exports of US origin technology and products to 49 Russian military entities, including its defense ministry. The sanctions apply to semiconductors, computers, telecommunications, information security equipment, lasers and sensors, and cover items produced in the U.S. or foreign items produced using U.S. equipment and software.

Moon was also briefed that there is little impact on global supply chains in the short term.

Moon urged the government to set up a hotline with companies to monitor supply chain issues, and stabilize supplies of energy and other key materials, Park said. (Yonhap)