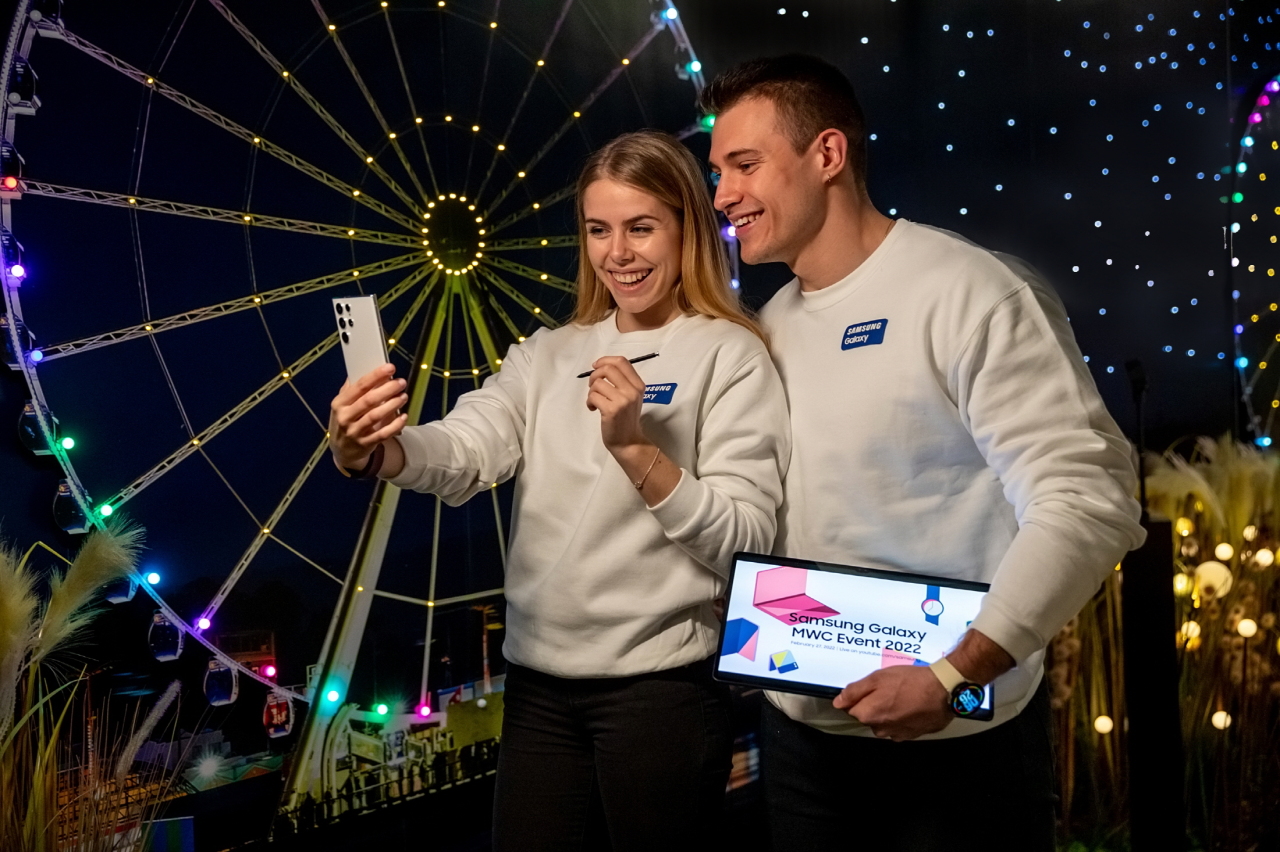 Samsung Electronics is the largest smartphone maker in Europe by shipments with a third of market share, but has seen its gap with Chinese competitors narrow.

While Samsung‘s smartphone shipments in Europe surged 6 percent, its Chinese rivals such as Xiaomi and Oppo saw a two-digit rise in the same market, with the two‘s combined sales share outstripping the No. 2, Apple, according to data by market intelligence Counterpoint Research.

Chinese competitors are gearing up for the respective new smartphone launch in Barcelona as part of keynote speeches.

Xiaomi, the third-largest smartphone maker in European market with 20 percent share by shipment, is poised to launch two newest 5G phones -- Poco X4 Pro and Poco M4 Pro -- during the first day of MWC 2022 on Monday.

All eyes are on whether the launch would lead to Xiaomi’s rebranding of its phablet brand Redmi Note under its sister sub-brand Poco. If so, its latest Redmi Note 11, which debuted in Europe in January, will see successors with stronger chips and faster charging of batteries.

Also, Xiaomi‘s flagship Xiaomi 12 lineup is tipped to arrive in MWC 2022 for the global launch.

State-owned Chinese smartphone maker Honor, formerly Huawei-owned, has also expressed its bid to announce a new 5G handset, named Honor Magic 4 series, on Monday. Whether the new models are set for a release in European market remains to be seen.

Meanwhile, Oppo, the fourth-largest in Europe with 8 percent share, has announced the launch of its latest Find X5 and X5 Pro on Thursday.

The series of announcements come as Samsung, the world’s largest smartphone maker by sell-through, has released its smartphones under the Galaxy S22 lineups, two weeks after the Unpacked event online.

The open sales for its high-end variant S22 Ultra -- a de facto successor of its phablet Note series with built-in stylus support -- has begun worldwide Friday, while parts of Europe are set to start the open sale for basic models S22 and S22+ in March.

On top of the planned debut of the newest laptop lineup, confirmed to be the successors to the Galaxy Book Pro and Pro 360 unveiled the previous year, MWC 2022 will be a venue where Samsung will showcase the Galaxy ecosystem‘s connectivity via multiple devices -- from smartphones to tablets, wearable devices and laptops, Samsung said.

Its 1,745 square-meter exhibition booth, located in Hall 3 at Fira Gran Via, will display all the latest devices -- Galaxy S22 smartphones, Galaxy S8 tablets, Galaxy Watch 4 and the likes.

Samsung will become the only South Korean smartphone maker to take part in MWC 2022, with its domestic rival LG Electronics’ exit from lossmaking handset business in 2021.