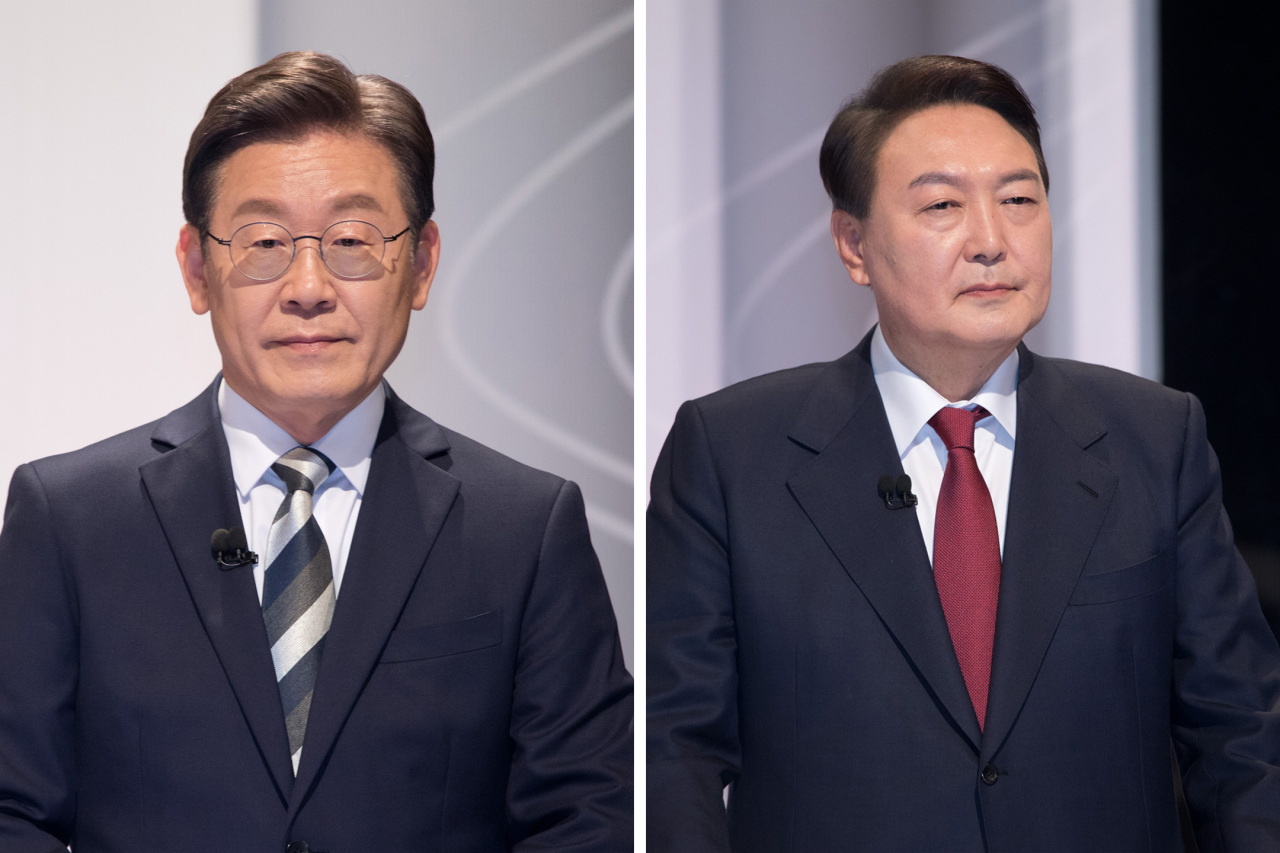 When Lee Jae-myung, the presidential candidate of the ruling Democratic Party of Korea, said he would introduce a new government system aimed at devolving powers concentrated in the presidential office and stressed the need for a multiparty system, Yoon questioned Lee’s sincerity.

“(Lee’s party) has used this discourse and made these pledges just 10 days before the presidential election, and I am concerned that the party is trying to abuse these agendas to benefit their campaign,” Yoon said.

“The ruling Democratic Party of Korea has already proved (to the public in the previous election) that it cannot fulfill its election pledges, especially when they introduce them 10 days before,” Yoon said, pointing out that the ruling party failed to introduce the proportional representation system that it had pursued together with the minor progressive Justice Party.

In regard to the country’s political and electoral system, Yoon said he would seek constitutional reform for decentralization. He said he would divide roles for the president and different government entities by creating committees of experts and government officials under the presidential office if he is elected president.

“Restructuring of the country’s governmental system and reforming the Constitution should be handled seriously, to involve experts and gathering of opinions of the people,” Yoon said.