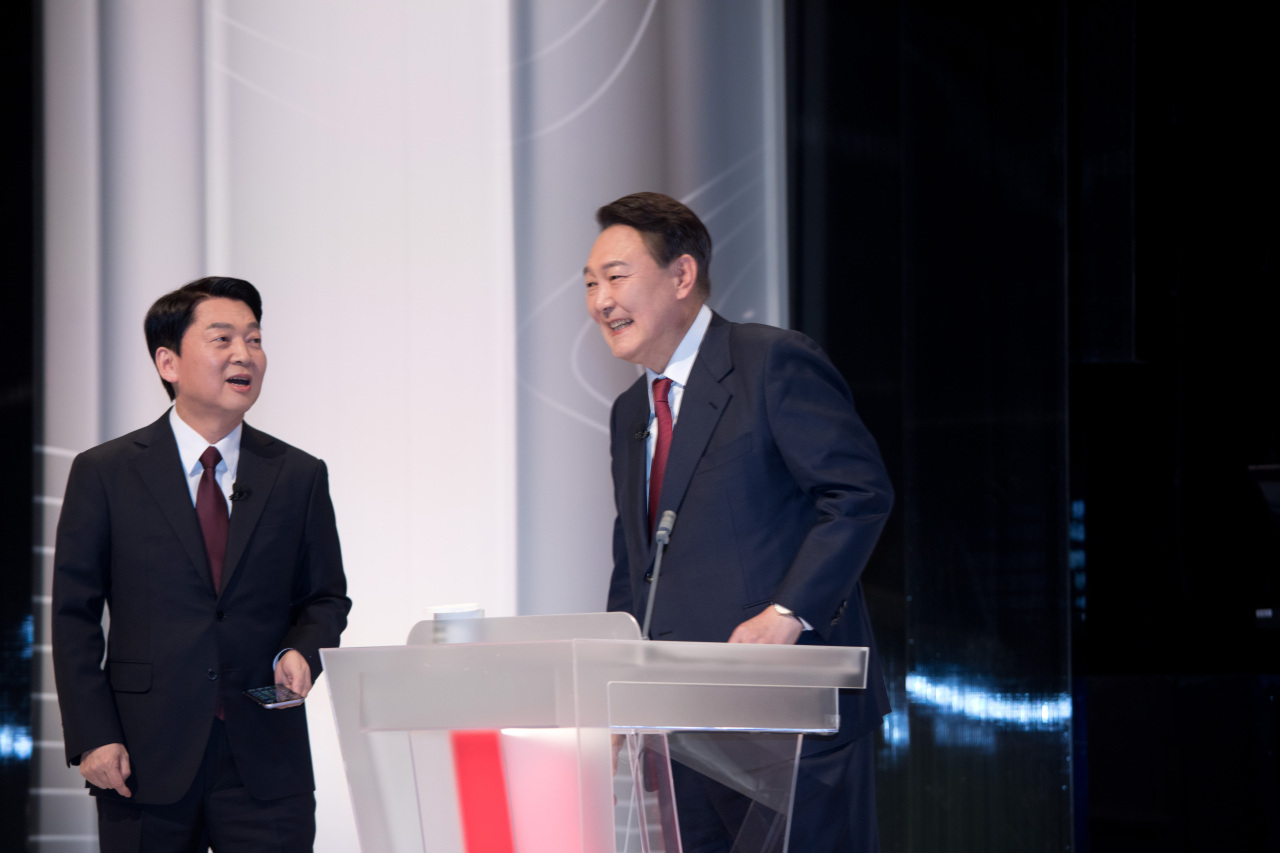 Rep. Sim Sang-jung, the presidential nominee of the minor progressive Justice Party, asked whether Ahn and Yoon are still working on merging their candidacies. Ahn said the negotiation has already fallen through, and that talks would only resume if Yoon accepted his call to run a public survey to determine the unified candidate.

The comment was made during a televised debate for presidential candidates held Friday night. The dialogue occurred while candidates discussed the need to bring a multi-party system to South Korean politics as a means to ensure diversity and inclusion in politics.

Yet Yoon said he was still making efforts to reach a deal for the possible merger. The People Power Party candidate is exto devote time this coming weekend to meet in person with Ahn to reenter negotiations.

The blame game has been intensifying between aides of the two candidates as South Korea is scheduled to pick its next president in less than 15 days.

Ahn announced Sunday he will no longer consider a candidacy merger with Yoon and vowed to finish the race on his own, as Yoon has failed to respond to his offer made in the previous week. He said that some of Yoon's aides then "jumped in to undermine the sincerity of my merger offer and distorted the meaning behind it."