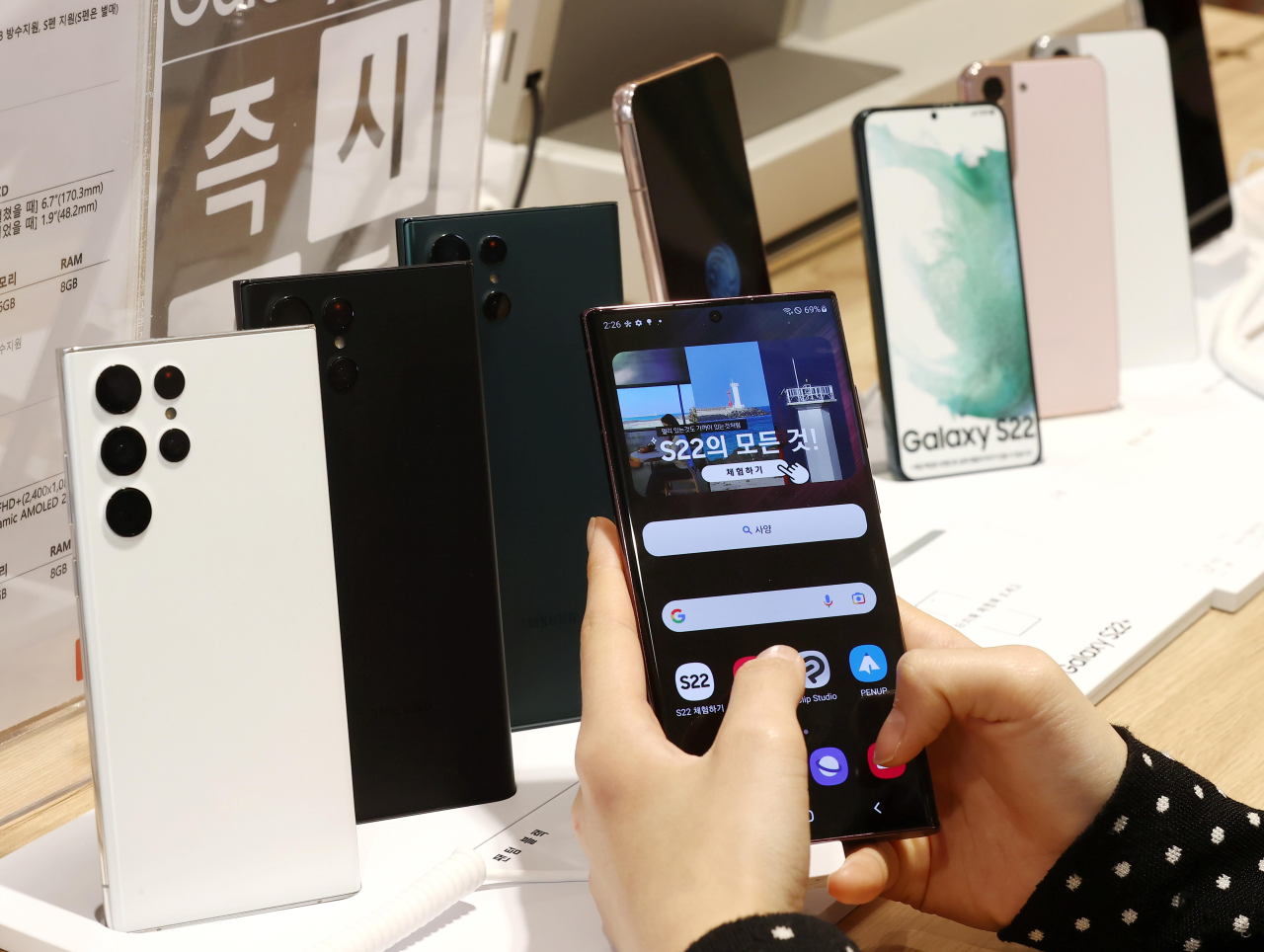 A photo shows gadgets under the Samsung Galaxy S22 lineup, including S22 Ultra, at a store of South Korea's mobile carrier KT in central Seoul Tuesday. (Yonhap)
Samsung Electronics mobile head Roh Tae-moon said Thursday its use of recycled and eco-conscious materials will play a critical part in its mobile device innovations, a week ahead of the Mobile World Congress 2022 in Barcelona, Spain.

The South Korean tech giant’s latest efforts to repurpose discarded fishing nets and adopt post-consumer materials in its hardware production, including its flagship Galaxy S22 smartphones lineup, are aimed at enhancing technology as a “force for good,” according to Roh.

“From now on, more and more Galaxy devices will play a small part in reducing plastic waste in our oceans,” noted Roh, president and head of Samsung‘s Mobile Experience business, in a statement.

“I know we still have a long way to go. And at Mobile World Congress 2022, we will share our next wave of innovations that incorporate recycled ocean-bound plastics.”

Roh is expected to visit the MWC 2022 venue, along with Han Jong-hee, vice chairman and head of the Device Experience division. Their plans for a public appearance have yet to be announced. 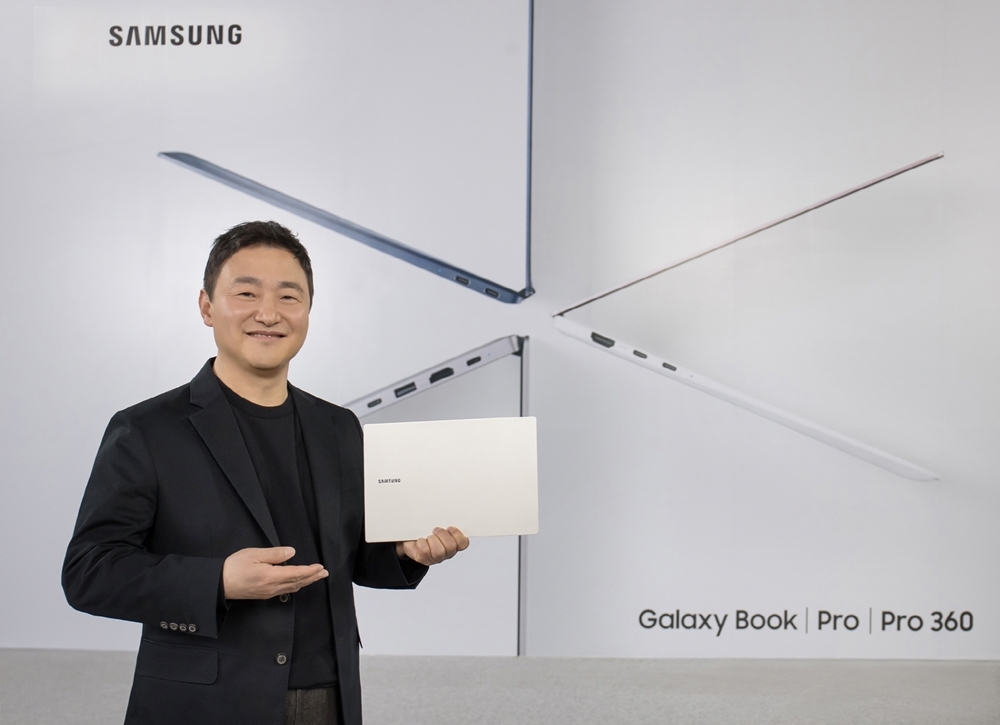 Samsung Electronics President Roh Tae-moon pose for a photo with a Galaxy Book laptop during the Samsung Unpacked event in April 2021. (Samsung Electronics)
A week prior, Samsung signaled a stronger push for a more inclusive Galaxy ecosystem, teasing its upcoming release of the new Galaxy Book.

The new device is likely to succeed the company’s flagship lightweight laptops primarily for office users, Galaxy Book Pro and Book Pro 360, first unveiled at the Samsung Unpacked in April 2021. They are to be supported by Intel chips and Microsoft apps like Link to Windows, allowing users to access mobile apps, notifications and photos from their personal computers.

The new Galaxy Book devices will boost users‘ multidevice experience in a Galaxy ecosystem, with an enhanced performance and security, according to Kim Hark-sang, corporate executive vice president and head of the New Computing R&D team at Samsung Electronics. But details about the device specs are under wraps.

“As consumers continue to own and carry more mobile devices, from smartphones and tablets to PCs and wearables, we understand how vitally important it is for their tech to work flawlessly together, no matter what operating system or form factor they are using,” Kim noted.

Samsung Electronics will be one out of over 110 Korea-based participants in the event, according to the Korea ICT Association.

Samsung’s newest mobile devices, such as the Galaxy S22 lineup and low-priced S21 FE, will also be exhibited at the MWC 2022 venue.

In Korea alone, Samsung’s flagship S22, S22+ and S22 Ultra had a combined 300,000 in presales in the first day on Tuesday, the highest in the history of Samsung‘s flagship phones. Its weeklong preorders until Monday came to a total of 1.02 million, with its release set for Friday.