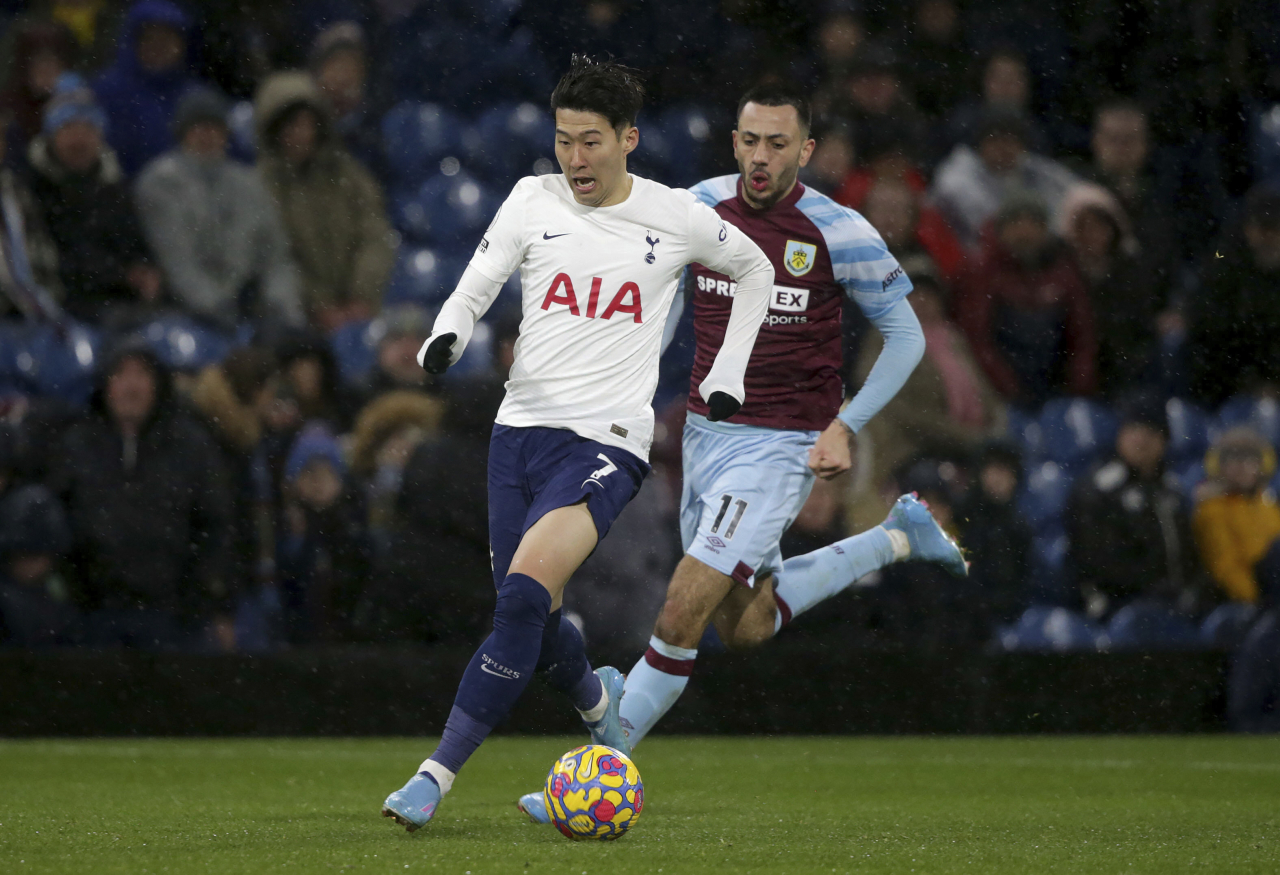 In this Press Association photo via Associated Press, Son Heung-min of Tottenham Hotspur (L) dribbles past Dwight McNeil of Burnley during the clubs' Premier League match at Turf Moor in Burnley, England, on Wednesday. (Yonhap)

Tottenham Hotspur's Son Heung-min will have to wait another match for a Premier League record, following a loss to the lowly Burnley on the road.

The South Korean and Spurs were blanked 1-0 at Turf Moor in Burnley, England, on Wednesday (local time), giving their opponents only their third win of the season. Tottenham remained in eighth place on 39 points, while Burnley, still in the relegation zone in 18th place, improved to 20 points on their second consecutive win. This is Burnley's first winning streak since January last year.

Son and teammate Harry Kane were going for a Premier League-record 37th combined goal of their careers. They had pulled into a tie with the former Chelsea duo of Didier Drogba and Frank Lampard in a 3-2 victory over Manchester City over the weekend, when Son assisted on the first of Kane's two goals.

Son himself is one away from hitting the double figures in goals for his sixth consecutive Premier League season. He leads Tottenham and sits tied for fifth in the Premiership with nine goals.

The victory over Man City had snapped a three-game slide for Tottenham, but they failed to build on that momentum against Burnley, with captain Ben Mee heading in the winner in the 71st minute.

Son and Kane will go back at it Saturday at Leeds United. (Yonhap)