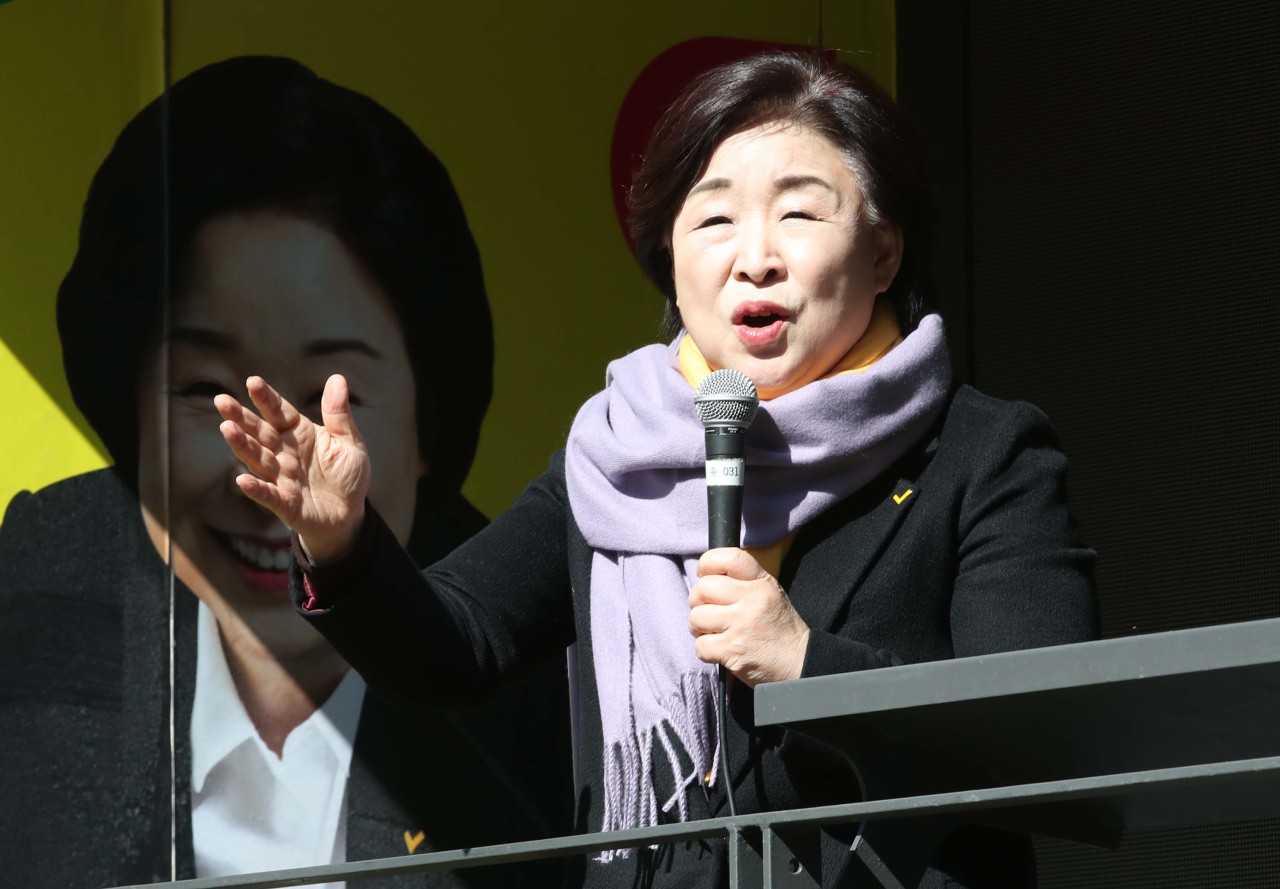 On Sunday, she led her canvassing in Seoul, meeting with the people at Gwanaksan and Gangnam Station.

“What is the most important quality of a president? It is the morality to refrain from using power -- given to use for the people -- for private interests no matter what,” Sim said during her speech at Gangnam Station. “But the allegations against both candidates from the major two parties and their families are growing. They are pointing fingers at each other, refusing to be legally inspected.”

“We cannot find vision, policies in the candidates from the major parties. It is becoming an election which lacks the difference in policies and visions because the candidates are changing (their stances) every day based on populist attitudes,” Sim said.

A day before, Sim attacked Lee Jae-myung from the ruling Democratic Party of Korea, claiming he favored a private developer who was not qualified for a project worth trillions of won, referring to the controversial land development project in Daejang-dong, Seongnam, when he was mayor of the city.

“A president has the power to appoint high-ranking officials. What will happen to Korea if the president gives out important positions to close associates who do not deserve the roles?” Sim said while making a speech at Moran Market in Seongnam, Gyeonggi Province, Saturday.

Sim also took a jab at Yoon Suk-yeol from the major opposition People Power Party and the controversies surrounding his family, stressing her own lack of “family risk.” Yoon’s wife Kim Keon-hee has made headlines over recent revelations of scandals from her past.

“Her husband is a prosecutor and Kim is involved in a stock manipulation case,” Sim said. “My husband is a person who does not have a single suspicion related to him whatever. I am the only clean candidate qualified to be the president.”

Sim’s husband, Lee Seung-bae, has no listed profession since Sim became a member of the National Assembly in 2004.

Being a candidate from a minor party with six seats at the National Assembly, Sim has promised to put an end to the two-party system in local politics as part of her presidential election campaign.

“Making the bold decision of voting for a candidate from a minor party, we can open a new era of politics for the people in Korea,” she said.