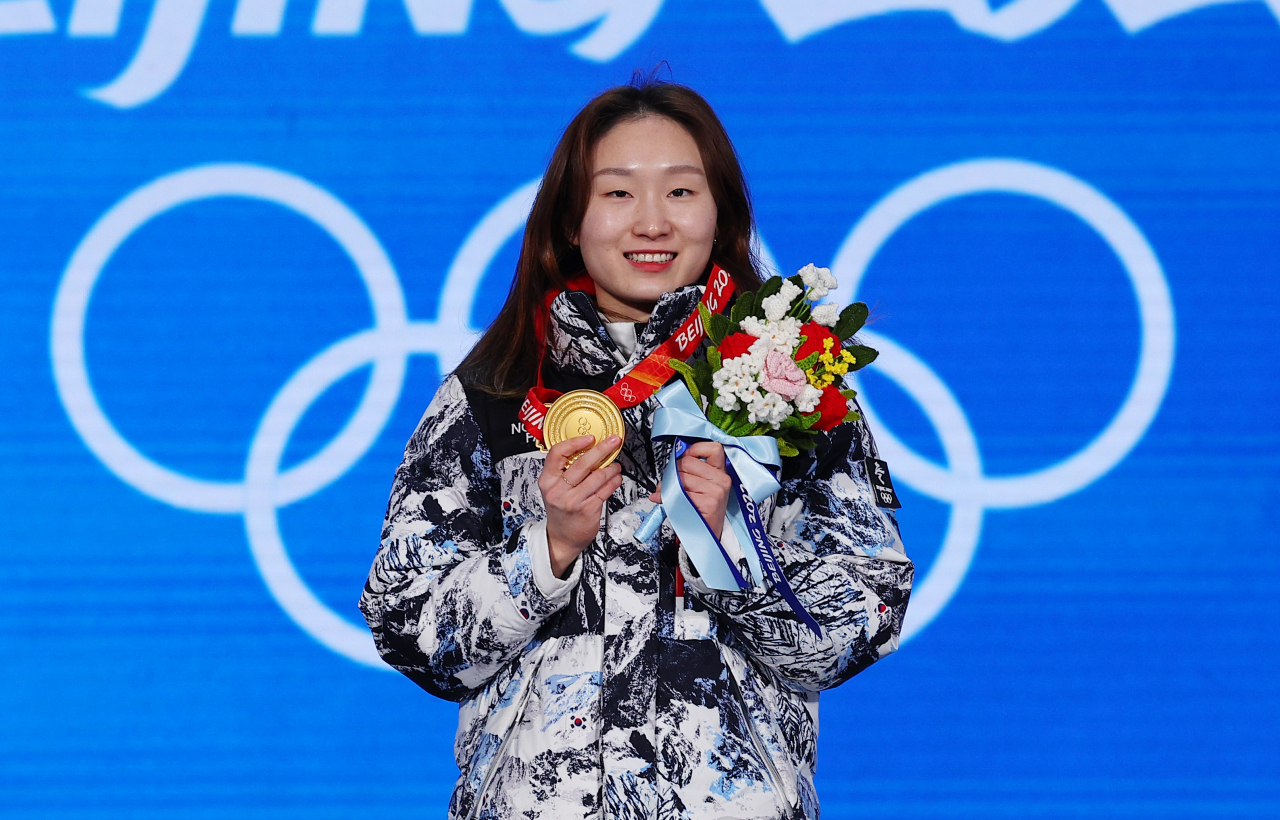 BEIJING -- In late December, about a month and a half before the start of Beijing 2022, the Korean Sport & Olympic Committee (KSOC) announced a rather modest medal target: win one or two gold medals and finish around the top 15 in the medal race.

That low target did not sit well with South Korean athletes, who voiced confidence they could exceed that number.

Some close calls and unexpected challenges later, those athletes went out and met the goal right on the number.

South Korea finished the Beijing Winter Olympics with two gold medals, along with five silver medals and two bronze medals. The country captured its first Winter Games medals at Albertville 1992, and has won at least two gold medals at every competition since.

There were a few reasons why the KSOC had set a low bar for its athletes to clear. This would be the first Winter Olympics to take place during the global COVID-19 pandemic, and all athletes, along with other Olympic-related personnel, were required to stay inside a bubble, or the "closed-loop system" as the orgnaizers termed it, the whole time. It was difficult to predict what kind of impact the situation would have on athletes' physical and mental preparations.

The quality of competition had improved across the board. Even in short track, one of South Korea's biggest goldmines, other countries had caught up, to a point where it was not a guarantee that South Korea would simply strut in and leave with a handful of medals.

And for a moment or two early on, it seemed as though South Korea's worst fears in short track would play out. There were some unfortunate falls by South Korean skaters, followed by an officiating controversy that threatened to derail the country's bid for short track supremacy.

On Feb. 7, Hwang Dae-heon and Lee June-seo both got disqualified in their 1,000m semifinal heats for illegal moves. The fact that Chinese skaters benefited from those decisions and reached the final only added insult to injury for angry South Korean fans and officials, who felt judges were making calls in favor of the host country. The KSOC quickly protested the decisions and said it would take the case to the Court of Arbitration for Sport (CAS), the top global sports tribunal.

Hwang's gold medal in the 1,500m two days after his disqualification helped turn the spotlight back to the ice. Choi Min-jeong, who had slipped and fallen without contact in the 500m quarterfinals, bounced back to win silver medals in the 1,000m and then 3,000m relay.

In the very last short track race in Beijing, the women's 1,500m final, on Wednesday, Choi soared to win gold. It was her second straight gold in the event, and fifth career Olympic medal, tying her with three others for most Winter Olympic medals by a South Korean athlete.

Earlier that same day, Hwang and three teammates combined for silver in the 5,000m relay.

When the dust settled, South Korea came out on top in the short track medal race with two gold and three silver.

The country's speed skaters took care of the rest. Kim Min-seok won his second straight bronze medal in the men's 1,500m, and Cha Min-kyu repeated as the silver medalist in the men's 500m.

Then on Saturday, the last day of speed skating races, Chung Jae-won and Lee Seung-hoon grabbed silver and bronze medals in the men's mass start.

South Korea did not add to its medal total as the Olympics ended on Sunday. (Yonhap)