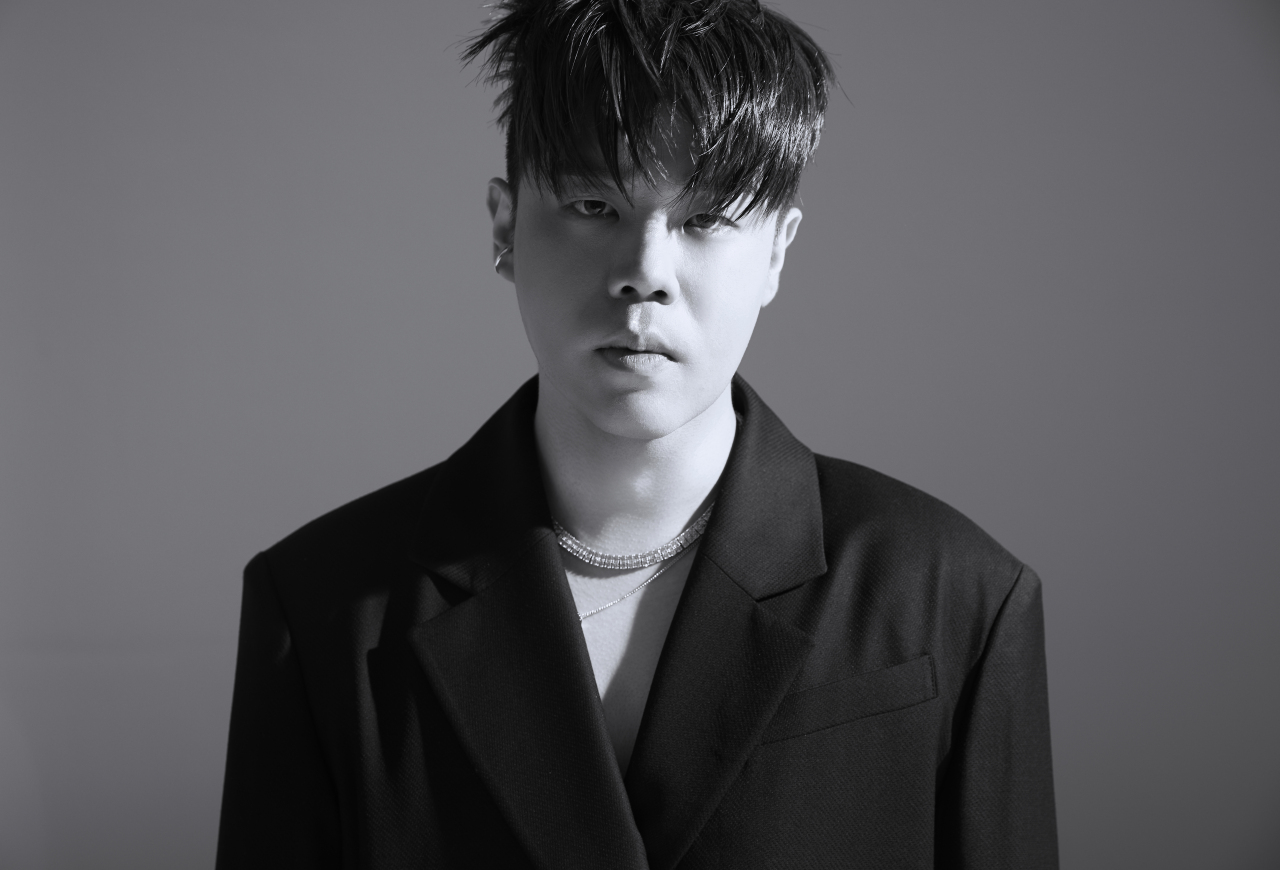 In a pair of sneakers and donned in black head to toe, the rapper entered his private space, which was covered in a snug ambiance.

“You’re lucky to catch the natural side of me,” he said, laughing, as he showed his atelier where he makes music. It looked like a place that had a lot to offer: good music.

Han Yo-han is one of the faces of the hip-hop label Just Music with a unique background. He calls himself “guitar man Musashi,” which is also the title of his 2016 album, and describes his music as being at the intersection of rock and hip-hop, mainly because his electric guitar sounds feature heavily in most of his tracks.

He earned his stripes in the music career when he made song arrangements for Mnet’s hip-hop audition show, “Show Me The Money 2,” and later, his signature sound, “Give me that Yo-han,” became familiar to music fans. Leaving his guitar behind, he made his debut in 2015 through ”Selfmade” and ”Super Rare Species“ last September.

Sitting in front of the computer, he tells The Korea Herald that a new album is on the way, and plays a snippet of his latest work.

“I’ve poured countless hours into honing the skills to bring out the best tune,” he said.

In producing what he calls the soundtrack of his life, Han, 30, opened up about why and how it’s important for him to revisit his boyhood memories in the process.

Childhood memories are cherished in various ways, and for Han, he stores them in musical archives, by taking his life experiences into song.

“I tend to go back to my teenage years and look back on those times when I make songs,” the musician said, adding that the “powerful” time holds a special place in his heart.

The rapper got frank about why he likes to take trips down memory lane, especially those in his schoolboy days.

“I had a crush on this girl when I was young, and I vividly remember what I did with her, from what we did to where we went. The butterflies I felt on the way to see her still stay with me, but I wasn’t able to feel those heart-fluttering and pure feelings of love, and emotions in general, as I aged.” 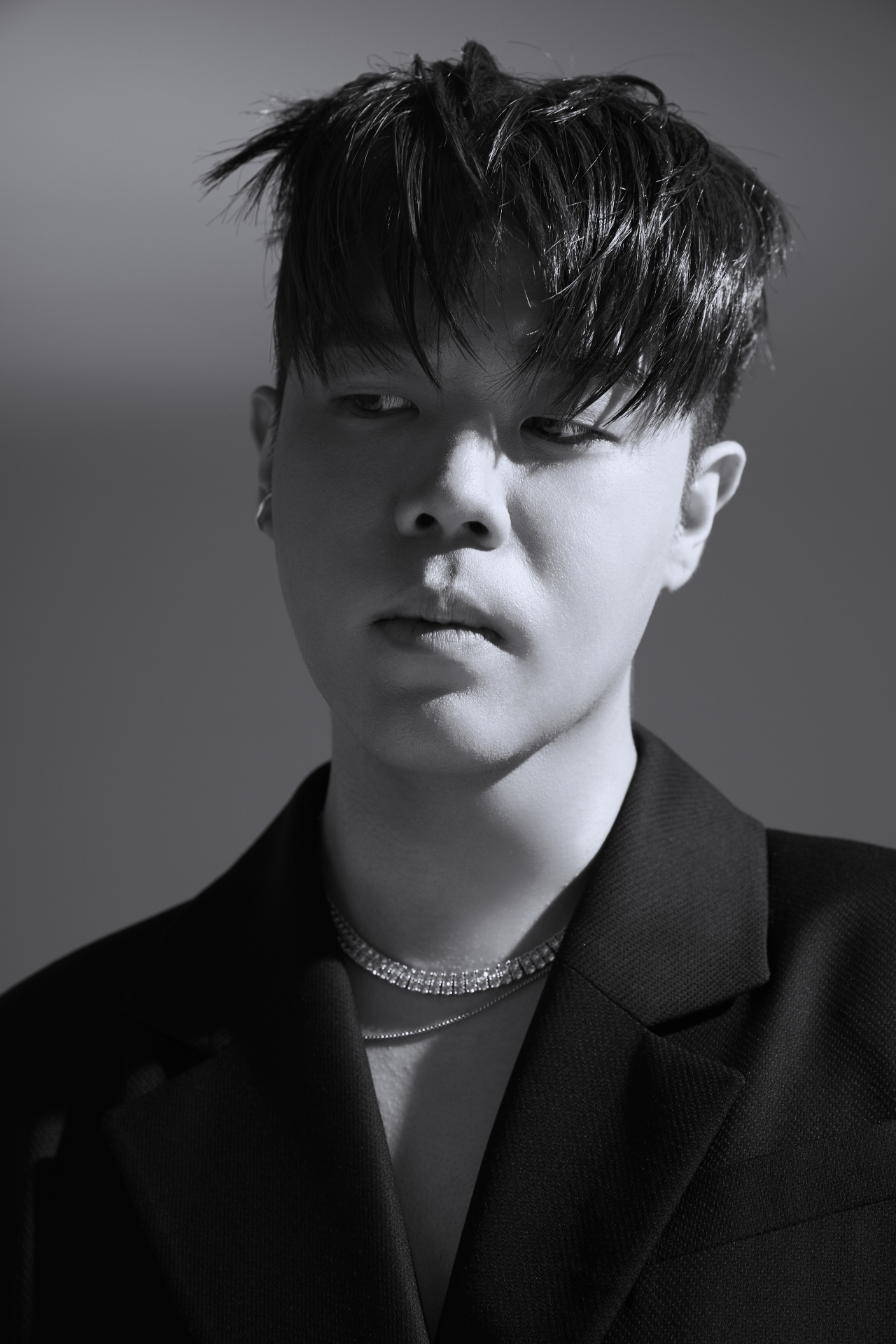 Han Yo-han (Just Music)
He misses the “excitement” he had felt, saying exploring those nostalgic memories is the bond that links him and his music. The rapper went on to say that he tries to meld in his emotions from the past by thinking about how he had behaved.

Before, Han said he had reflected on his past instead of revisiting it, saying there’s a clear difference between them. His songs like “Green Bicycle” and “Lamborghini” made him think about his past.

“I was able to buy things that are worth more after gaining fame, but I was less thrilled than when my parents bought me an instrument or an mp3 player when I was a kid. Now, I’m starting to look back on my emotions, thinking how naive I was back then,” he said.

When asked why that was the case, the musician said money and honor were the keywords that took center stage in his musical journey. But looking to the future, Han said he’s trying to take a fresh turn by changing his attitude.

“I’m starting to picture my future thinking about how it will look like, and I’m blending more of those thoughts in my music,” he added.

Going back to his soon-to-be-released album, Han described it as “an album that spells out two words: heartfelt nostalgia.”

“It’s like watching a video again and rewatching my life that happened in 2017 was my inspiration,” he explained, although he did not elaborate further on what specific events had transpired that year.

But looking back, he said he has also struggled having to go without live performances.

“I was confronted with some limits after COVID-19 broke out. I used to get energy by performing on stage and vice versa; fans enjoyed the atmosphere, but I lack those these days. I feel it when I’m making music.” 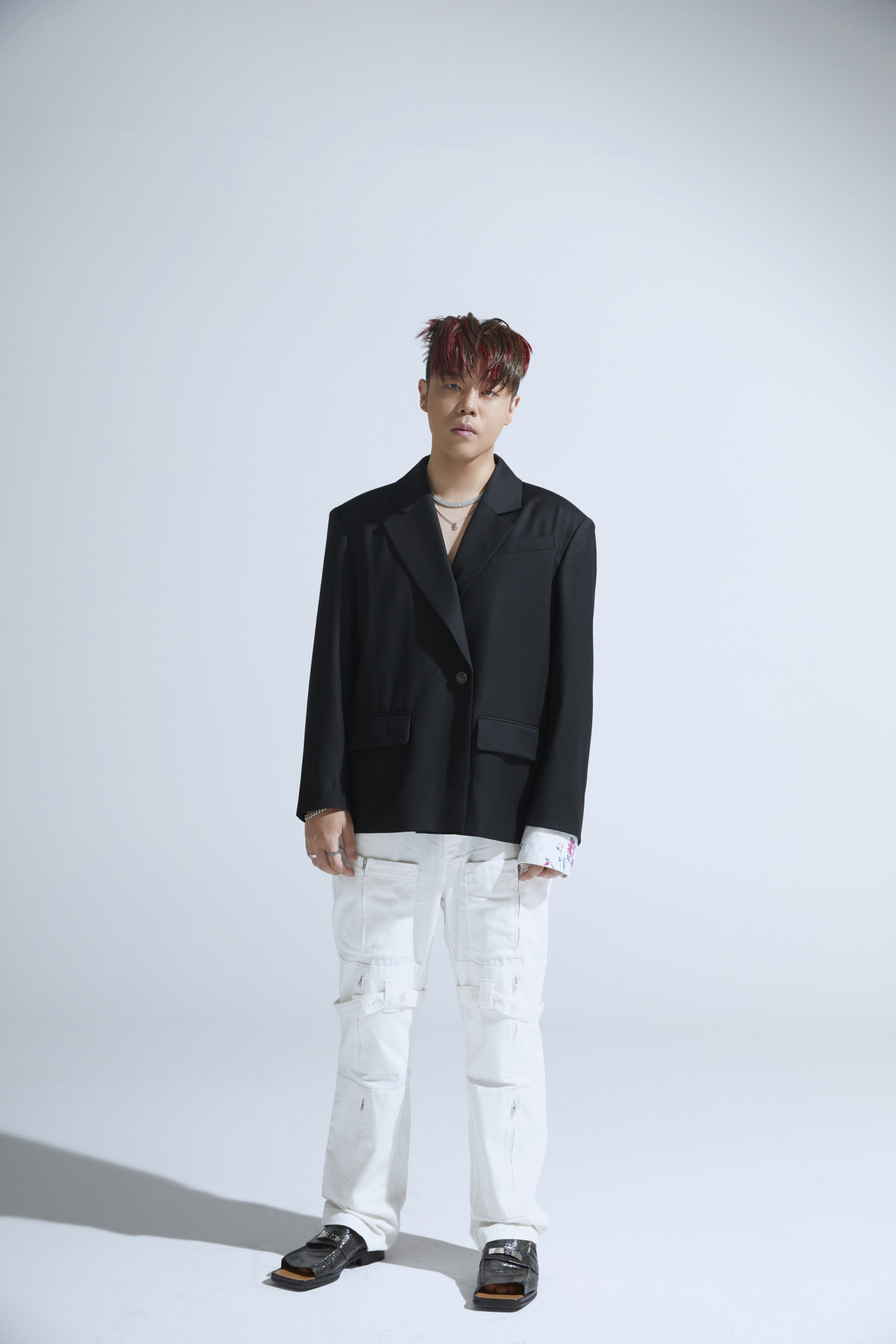 Han Yo-han (Just Music)
The pandemic, in particular, had made him realize who he is without the physical stage and that the things he found essential in his music have changed over time.

“My life as a person is rather dull, so I present a different side of myself through music. And since there’s no reward (of live concerts), I needed the vivacity and at some point felt that my life isn’t colorful,” he said.

Han said revisiting his past enabled him to revel in the spirit of the good old days and croon those feelings into his tracks.

It also allowed him to tweak his music style and pepper in new musical elements for the upcoming tracks.

All in all, he’s trying to stay level about everything and let music speak for itself. “I’m just trying to make music that wants to be done and come up with better songs.”

Han also got candid about why he blurs the borders of hip-hop and thinks playing the guitar is his forte.

Back when he got his foot in the door, Han said musicians like Post Malone, who plays the guitar and makes rock-inspired, yet hip-hop songs, gained popularity.

“This happened when I just started to make my mark as an artist. I think I was lucky,” he said.

And he acknowledges that his music may have seemed a little strange at first because it didn’t exactly fit into the standard definition of hip-hop in people’s dictionaries.

He continued, saying that music taste is intensely personal, but listeners here tend to draw a line between genres, pointing to it as a reason to why people don’t dig deep into his music. But he believes that he can succeed at pulling other genres together.

“People say I reproduce my preexisting tunes, but I can always broaden my horizon. The music I’m doing right now is what I had dreamed of when I was a kid, and I’m starting to have confidence in what I’m doing,” he said.

Han said he is trying to carve out a path for himself by bringing his tunes, lyrics and guitar together, describing his music as “cool” and refreshing.

“Refreshment is a tool that I use to vent my feelings. I write energetic lyrics at times, play the guitar with more energy or meld in a voice that would amplify my emotions. It’s a charm that my songs have,” the musician said.

Speaking about why his album covers are emblazoned with animated characters, the wunderkind said he wants to convey what he finds refreshing through them.

And now, as a genre-less artist, Han wants to devote even more time in his life for music making.

“I want to leave my mark in the music scene as a musician by making music worth listening to,” he said.