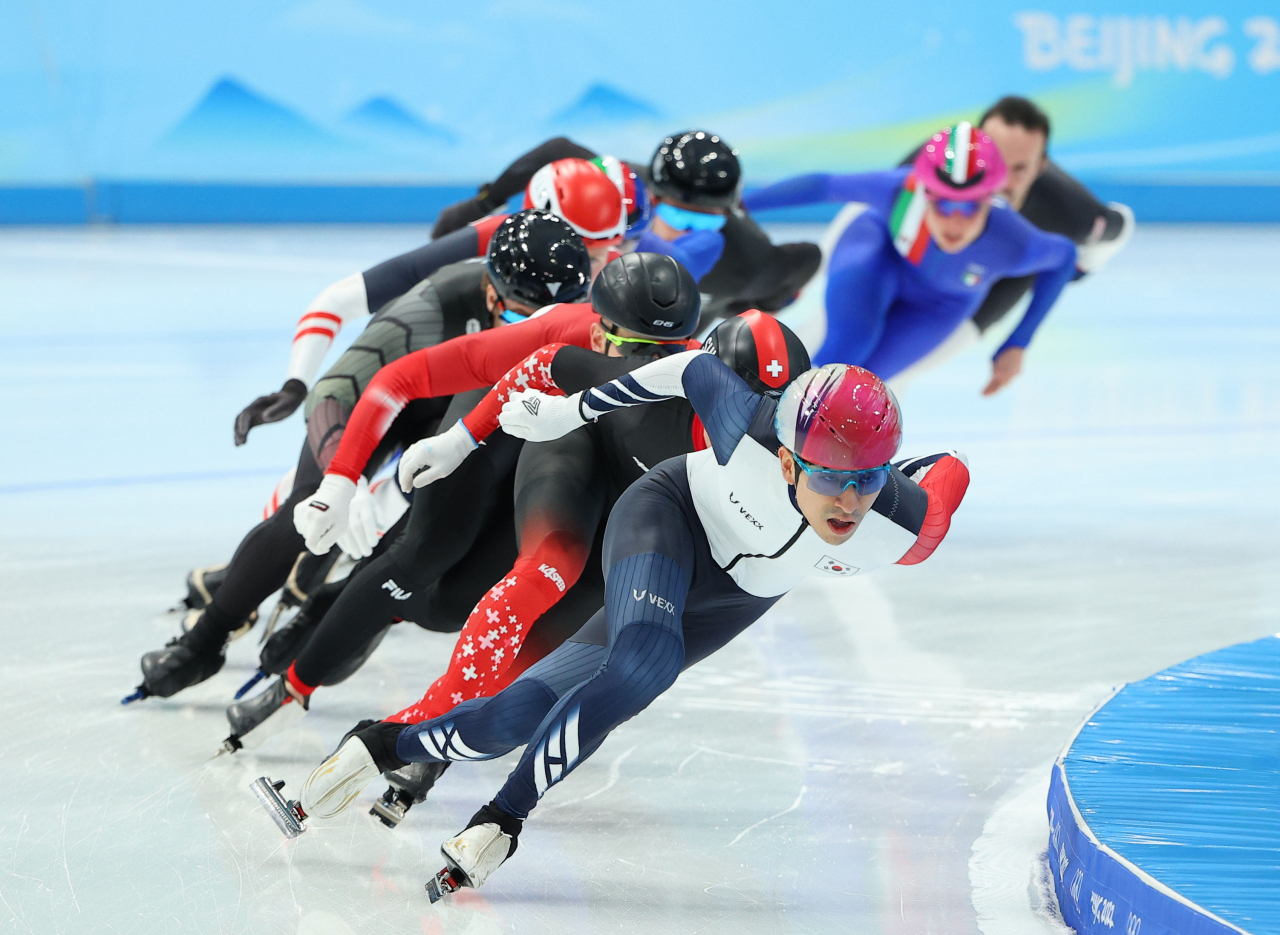 South Korean speed skater Lee Seung-hoon (R) trains at the National Speed Skating Oval in Beijing on Wednesday, ahead of his mass start competition at the Beijing Winter Olympics. (Yonhap)

BEIJING -- Beijing 2022 could be the final Winter Games for the speed skater Lee Seung-hoon, who shares a South Korean Winter Olympic record with five career medals.

Lee will take his one last crack at a medal at the National Speed Skating Oval in Beijing on Saturday in the men's mass start.

Lee is the defending champion of the event, which will see skaters take a start en masse, a la short track style.

At 33, Lee has been on the downslope. It became evident early in these Olympic Games, when he, Chung Jae-won and Kim Min-seok didn't even get out of the quarterfinals of the team pursuit Sunday. The same trio had combined for a silver medal at PyeongChang 2018.

Also at the oval Saturday, Kim Bo-reum will take part in the women's mass start. Kim is the defending silver medalist.

Elsewhere on Saturday, bobsleigh pilot Won Yun-jong will enter the four-man competition at Yanqing National Sliding Centre in Yanqing, northwestern Beijing. Won is the 2018 silver medalist, but here, he will be missing his trusted brakeman Seo Young-woo, who has been sidelined with an ankle injury. (Yonhap)