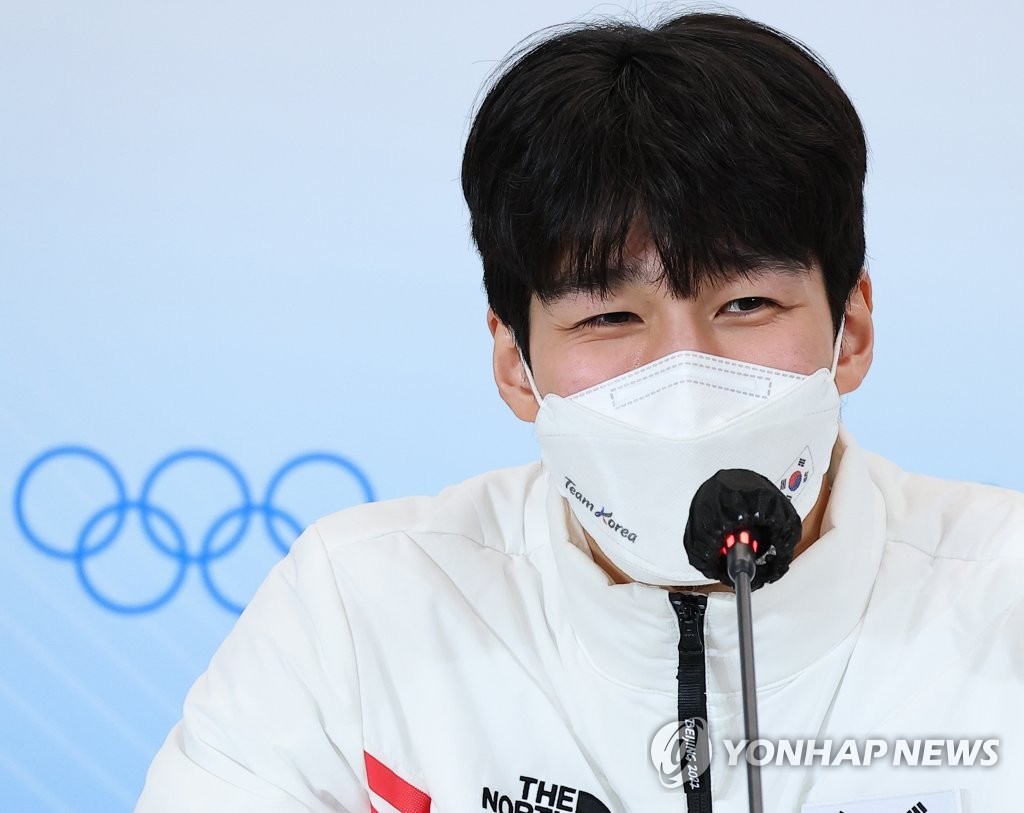 "I was very disappointed at the time, but it's now up to others to handle this going forward," Hwang said at a press conference at the Main Media Centre in Beijing Thursday, a day after the end of the short track competition. "I don't think I should be saying anything more at this point."

Hwang was referring to his disqualification from the 1,000m semifinals for illegal late passing earlier in the Olympics, a decision that left many South Korean fans and officials angry. The Korean Sport & Olympic Committee plans to appeal this ruling with the Court of Arbitration for Sport, the world's top sports tribunal. KSOC President Lee Kee-heung, who is also an International Olympic Committee member, has had talks with International Skating Union leaders to discuss what he believed was biased refereeing in Beijing.

Hwang bounced back to win gold in the 1,500m and silver in the 5,000m relay, rendering the hoopla surrounding his disqualification a distant memory.

"It's no longer up to us to talk about that issue," Hwang said, when asked about the situation.

Hwang let on that he was going through an emotionally challenging time after the 1,000m race, but the gold medal in the 1,500m more than made up for it.

Sharing the podium with his relay teammates, after having failed to do so four years ago in PyeongChang, was another highlight in Beijing for Hwang.

"I am so proud of my teammates," Hwang beamed. "I was extremely happy to stand on the podium with the guys." (Yonhap)