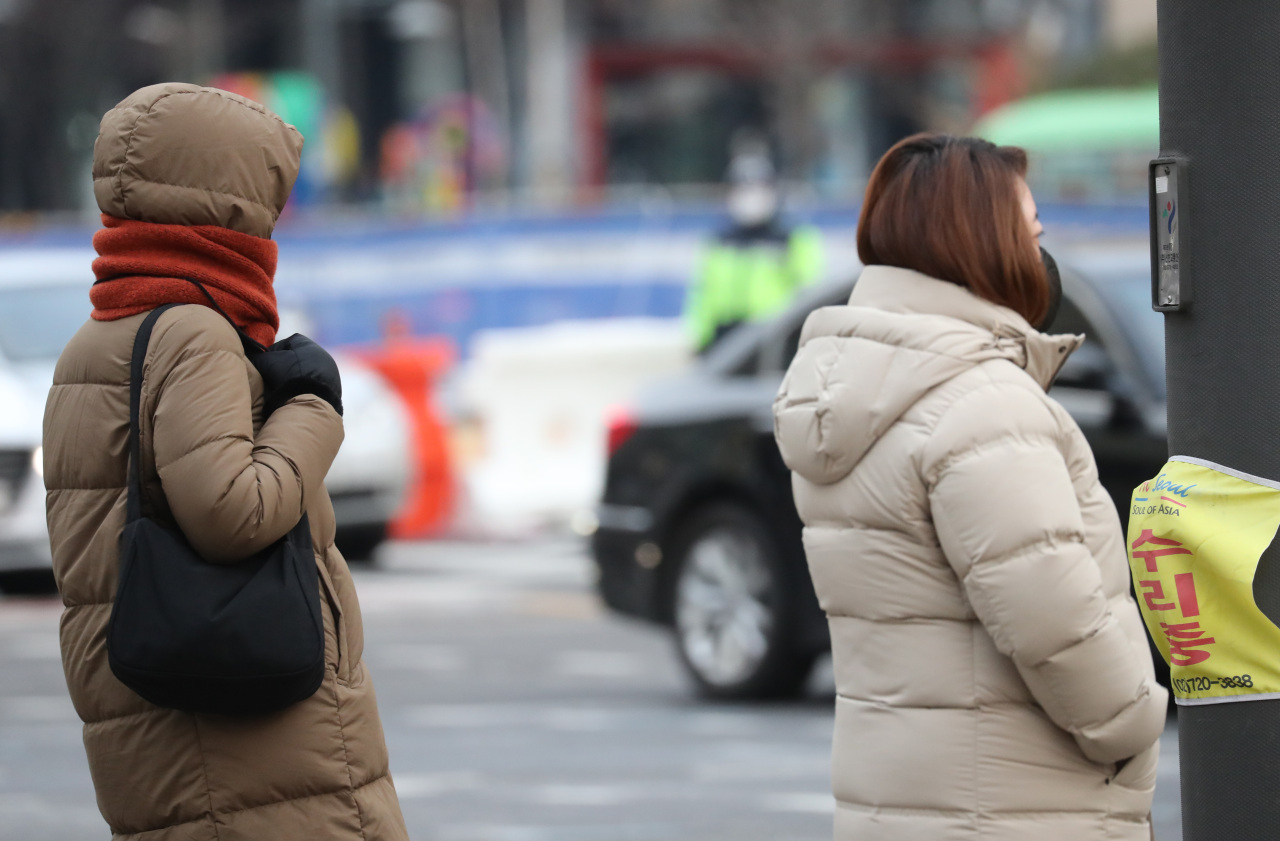 Temperatures in Seoul fell to below minus 10 degrees Celsius Thursday as a cold snap continued to grip the country, the state weather agency said.

The Korea Meteorological Administration (KMA) has issued cold wave alerts in the central inland area, most parts of the eastern Gangwon Province and the southeastern North Gyeongsang Province.

The Gangwon province country of Cheorwon saw temperatures dip to as low as minus 20.5 C.

The daytime high is expected to rise to between minus 1 C and 4 C across the country, but the apparent temperature will be below zero in most parts due to icy wind.

The KMA said up to 10 centimeters of snowfall is forecast on the eastern Ulleung Island and the easternmost islets of Dokdo, 7 cm in the mountainous area of Jeju Island, and 1 cm in other parts of the southern resort island and western parts of southwestern Jeolla provinces this morning.

Fine dust levels will be moderate or good, but the atmosphere will be dry in many parts of the country, including Seoul. (Yonhap)