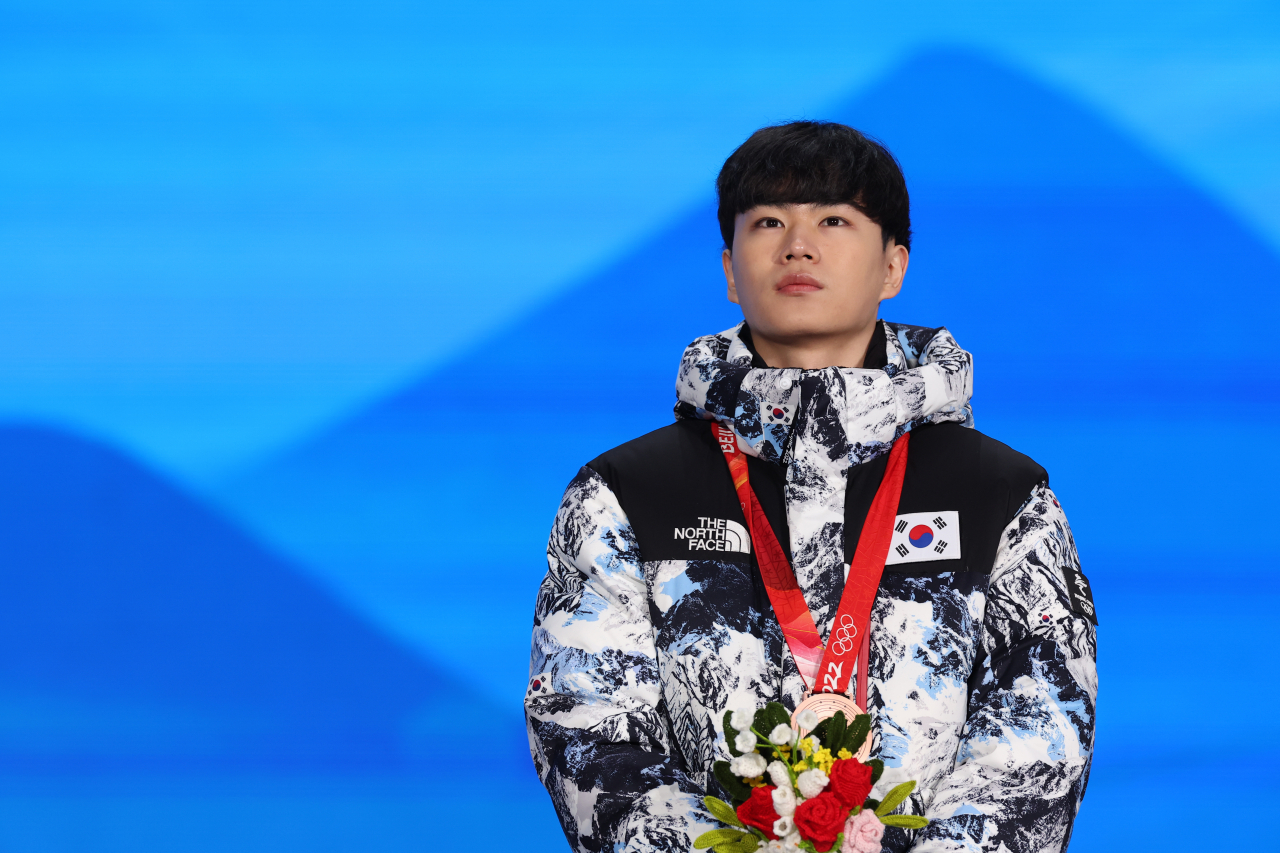 South Korean speed skater Kim Min-seok stands on the podium with his bronze medal from the men's 1,500m race at the Beijing Winter Olympics during the medal ceremony at Beijing Medal Plaza in Beijing last Wednesday. (Yonhap)

BEIJING -- A pair of South Korean speed skating medalists will be back at the oval for a chance to win their second medal in Beijing on Friday.

Kim Min-seok, the men's 1,500m bronze medalist from Feb. 8, and Cha Min-kyu, who won silver in the men's 500m four days later, will both compete in the 1,000m at the National Speed Skating Oval on Friday.

In this past International Skating Union (ISU) World Cup season, Cha ranked 10th overall in the 1,000m standings, and Kim was 17th.

But those ranking positions can probably be thrown out the window. Kim was seventh in the 1,500m standings but still grabbed bronze, while finishing ahead of the top three World Cup skaters, Joey Mantia of the United States, Ning Zhongyan of China and Connor Howe of Canada.

Cha was only 11th in the 500m during the World Cup season and few, if any, would have predicted he would skate to silver. The gold medalist, Gao Tingyu of China, set an Olympic record with 34.32 seconds after ranking 17th in the World Cup standings. (Yonhap)