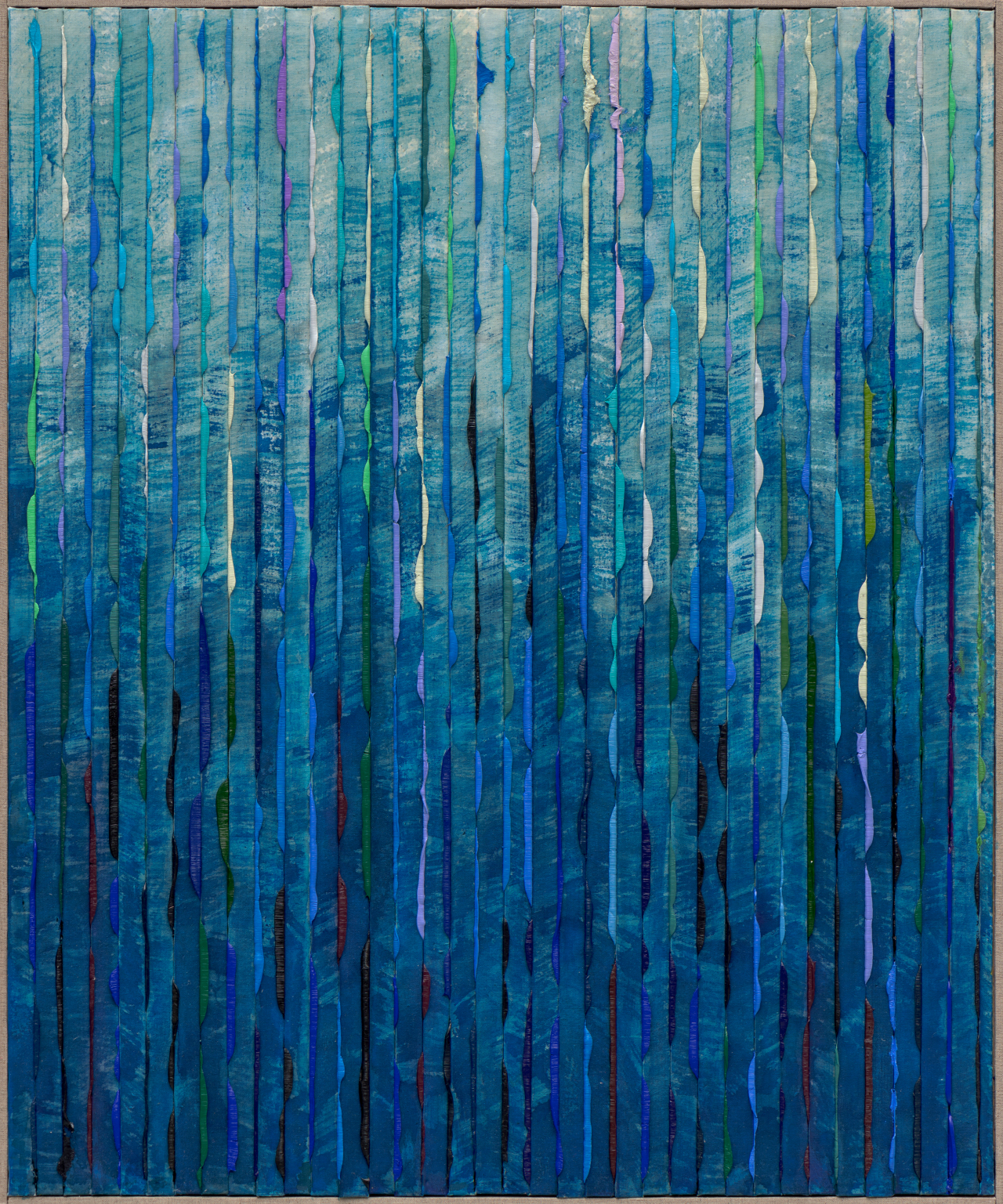 When Ha Chong-hyun appeared at the press conference for his solo exhibition at Kukje Gallery on Tuesday, the 86-year-old artist evidenced the longevity of his distinct artistic style, some 50 years after he debuted his signature painting series “Conjunction.

When unveiling his “Post-Conjunction” series at the solo exhibition, the leading Korean contemporary artist recommitted to his “war against oil paints and burlap canvas.”

This “war” began in the 1970s, when he was driven by necessity to create his own canvases from hemp cloth for his work “Conjunction,” against the backdrop of a post-war Korea that was suffering from supply shortages. Despite its humble origins, this technique became an innovative subversion of the more conventional concept of painting on linen or cotton canvas.

He pushes thick layers of paint from the back side of the burlap so that the paint oozes through, creating a unique texture on the surface. He called the painting style as “bae-ap-beop,” which literally means a back-pressure technique. 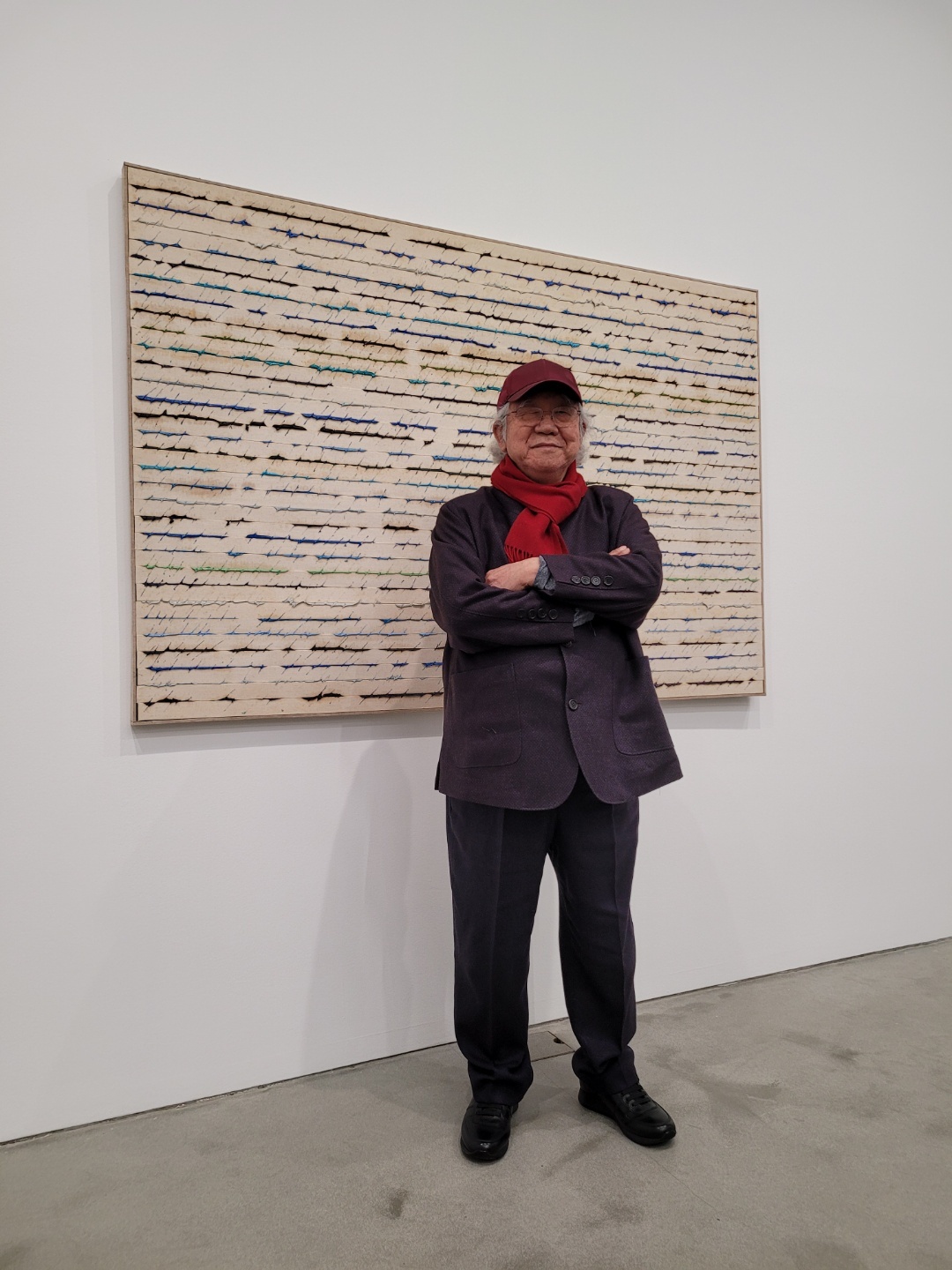 Ha Chong-Hyun poses for a photo at his solo show at Kukje Gallery on Tuesday. (Park Yuna/The Korea Herald)
Ha went on to develop his bae-ap-beop by applying different methods. The “Post-Conjunction” series has sculptural features, as the artist used pieces of wood, each covered with a canvas. He aligns these sticks on a canvas frame by applying oil paint on one side of each canvas-covered wood stick. The oil paints ooze out as those sticks are pushed together.

“I covered wood sticks with canvas and put oil paints between the sticks. The oil paints ooze out as if they are squeezed. The ‘Post-Conjunction’ series is a style that follows the existing ‘Conjunction’ series,” Ha told reporters. “If you persist in your art for 10, 20 years, you cannot help but have works of your own.”

The artist also unveiled another “Conjunction” series in which he experimented with some bright colors with an attempt to move beyond “dansaekhwa,” a type of art under which he had been classified.

What is known as dansaekhwa-- which literally means monochrome painting in Korean – refers to Korean abstract painting that accompanies processes of repetition and meditation. It was the first contemporary art trend in Korea after liberation from Japanese colonial rule. 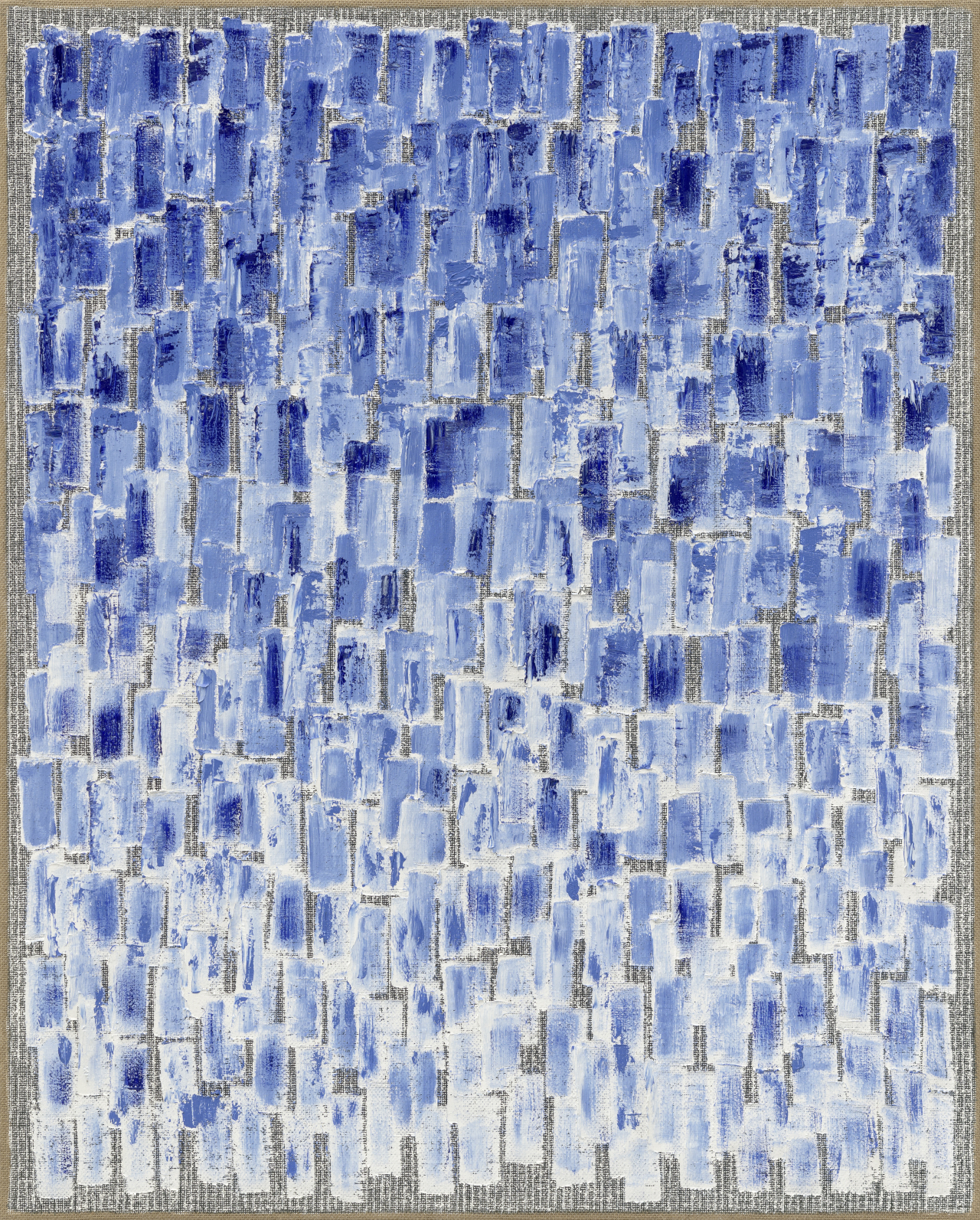 Among the multicolored “Conjunction” series that he newly showcased is “Conjunction 21-38,” which he completed last year during the pandemic. He used the bae-ap-beop technique, but he integrated blue and white hues to add colorful features. Unlike his early “Conjunction” series where he mainly used dark monochrome colors reminiscent of Korean traditional roof tiles, or giwa, white porcelain or charcoals.

As an artist who has devoted his entire life to painting, his wish is to keep his studio intact even after he passes away. “I want people to see something genuine and original (from my studio), rather than a fancy building that has been cleaned up. Keeping someone’s own traces is very important. A place where my traces as an artist remains is important,” Ha said.

The artist will have a major retrospective exhibition with the nonprofit Instituzione Fondazione Bevilacqua La Masa in Venice from April 21 to Aug. 24, coinciding with the Venice Biennale which will kick off on April 23. The solo exhibition “Ha Chong-Hyun” at Kukje Gallery in Seoul will run through March 13.