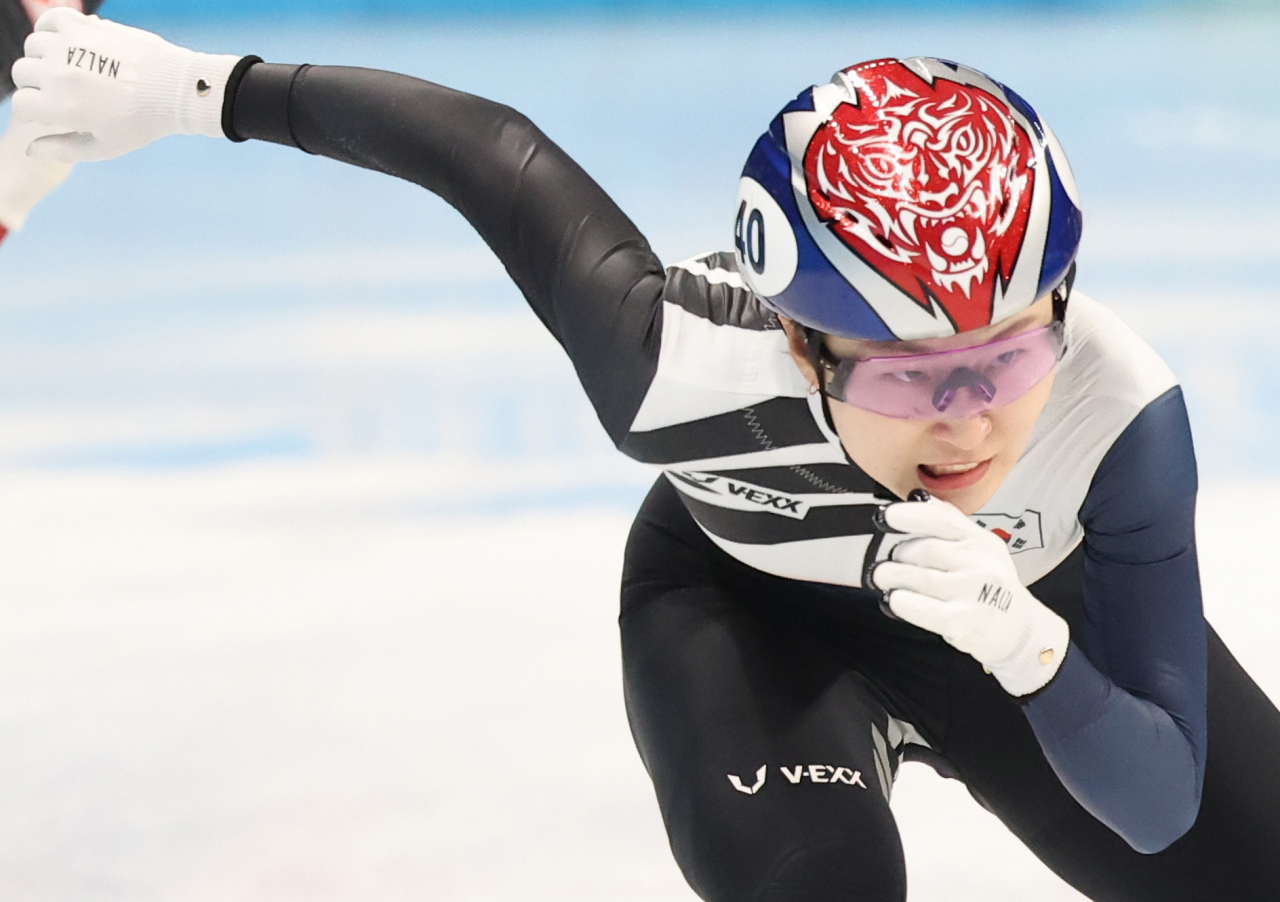 Choi Min-jeong of South Korea competes in the final of the women's 3,000m short track speed skating relay at the Beijing Winter Olympics at Capital Indoor Stadium in Beijing on Monday. (Yonhap)

BEIJING -- The short track speed skating competition at Beijing 2022 will wrap up Wednesday with two finals: the men's 5,000m relay and the women's 1,500m.

In the men's relay, South Korea hasn't won gold since 2006 and missed the podium altogether at each of the past two Olympics.

Hwang Dae-heon, the 1,500m champion in Beijing, is going for his second gold medal. Hwang lost his earlier bid at a second gold medal when he was disqualified in the men's 500m semifinals Sunday.

The last South Korean male short tracker to win at least two gold medals at a single Olympics was Lee Jung-su at Vancouver 2010.

China leads the medal race in short track with two gold medals, one silver medal and one bronze medal. The Netherlands is in second with two golds and one silver. South Korea has so far claimed one gold and two silvers.

South Korea is still the most successful nation in Olympic short track history with 25 gold and 51 medals overall. It has captured at least two short track gold medals at every Olympics since the sport became a medal event in 1992.

Also Wednesday, the round-robin play in women's curling will continue for South Korea with games against Switzerland in the morning and then against Denmark in the evening. (Yonhap)