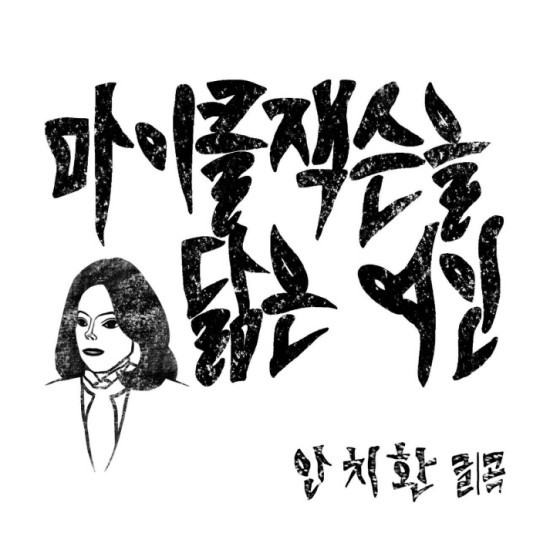 In his latest single “A Woman That Looks Like Michael Jackson,” released Friday, Ahn Chi-hwan sings of an unspecified woman who has changed her name and looks several times, berating the person for her greed.

It is widely believed that the woman Ahn is referring to is Kim Keon-hee, the controversy-ridden wife of main opposition People Power Party’s candidate Yoon. Kim officially changed her name in 2008 and has publicly admitted to undergoing plastic surgery on her eyes.

Ahn’s agency A&L said “A Woman” is a song of satire and humor, but amid a dead-heat race between Yoon and his archrival from the liberal faction, Lee Jae-myung of the ruling Democratic Party of Korea, it grabbed political attention.

“Ahn’s song does not see women as independent entities with personalities,” Rep. Yang Kum-hee of Yoon’s party on Monday. “It infringes upon the public’s right to enjoy pop culture when a singer releases a song with political bias.”

The party released a statement criticizing the song as harboring hatred toward women, and said it is a mockery that cannot be seen as satire or humor.

Outside political circles, some music fans also raised an issue with the song’s portrayal of Michael Jackson, who died in 2009 due to cardiac arrest from medical malpractice.

“I see Ahn has written ‘only one is enough’ (about Michael Jackson), which tells me a lot about what he thinks of MJ,” said a person surnamed Kim, referring to the phrase “No more, no more. One person like that is enough.”

Even some members of pro-liberal online communities voiced disappointment at what they said was Ahn’s lack of respect toward someone considered one of the greatest musicians of all time.

“Ahn’s analogy saddens me as a Michael Jackson fan. It would’ve been great if he wrote a good song about a woman, about whom everything is fake,” wrote an anonymous user.

Ahn, 56, is a renowned folk singer whose repertoire consists mostly of the so-called rebel songs from Korean democracy’s darkest era. Many of his songs were widely used by pro-democracy protestors in the 1980s.

While widely regarded as a liberal, Ahn in 2020 released the song “Irony” that blasted what it said were opportunists in the liberal faction. He later elaborated by saying the song was critical toward certain people within the left wing, not the entire liberal bloc.