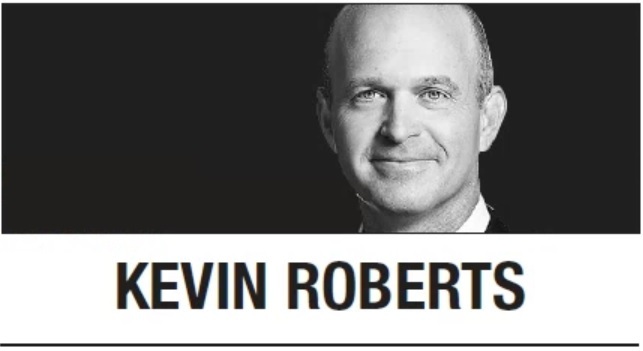 Big Tech is an enemy of the American people.

The largest corporations of our information economy wield unparalleled power over Americans’ lives. They enjoy almost unfettered access to our personal information. And they exercise more immediate control over our speech and livelihoods than even the government itself.

They’ve had years to prove themselves responsible stewards of this power, by using it transparently and equitably, in the public interest and for the common good. They’ve chosen not to.

Internationally, Big Tech has partnered with the Chinese Communist Party, helping Beijing’s genocidal regime develop surveillance technologies to oppress its own people and military technologies that threaten ours. Domestically, they have colluded with government agencies and left-wing activists to silence conservative voices, de-platform conservative ideas or frankly any idea that challenges the opinions of our elites, and manipulate political discourse to undermine conservative candidates and causes.

These corporations, many valued at more than $1 trillion, have grown orders-of-magnitude more powerful and dangerous than anyone could ever dream of.

At this advanced stage, Big Tech barely tries to hide or justify its bullying abuses or totalitarian impulses. It is long past time for policymakers to protect the American people from both.

As The Heritage Foundation’s groundbreaking new report, “Combating Big Tech’s Totalitarianism,” makes clear, the tipping point in Big Tech’s evolution from potential danger to the republic to the clear-and-present one it now represents was when it collectively embraced the bigoted, bellicose progressivism now ascendant on the elite left. This recent merger of Big Tech and woke ideology has motivated the long train of abuses that now call us to action.

There is Twitter and Facebook’s selective enforcement of “standards” that has censored Republican members of Congress at a rate of 53-to-1 compared to Democrats, and suspended Trump supporters 21 times as often as Clinton supporters.

There is the routine, partisan deplatforming of ‘disinformation’ that often boils down to differences of opinion.”

There is the discrimination against conservative books and media: Amazon’s ban on scholar Ryan T. Anderson’s book on gender dysphoria, or its unexplained removal of a documentary about Supreme Court Justice Clarence Thomas from its Prime Video streaming service.

There is the collusion between Big Tech and government officials to strangle dissent, in line with White House Press Secretary Jen Psaki’s chilling assertion that violators “shouldn’t be banned from one platform and not others.” Spotify, MailChimp, GoDaddy, GoFundMe have now joined their trillion-dollar industry leaders in discriminating against customers and entrepreneurs who insist on thinking for themselves. Just ask Joe Rogan.

This is not fair market competition. It is systematic, collusive market capture. And its perpetrators, remember, are engaged in high-tech, misogynistic child abuse on a global scale. It’s no coincidence that as Big Tech’s market capitalization has exploded in the smart-phone era, so has teen depression, with girls’ rates double those of boys. It’s the same reason tech CEOs severely restrict their own kids’ screen time.

Given the stakes, and the enemy’s resources, we must weigh every policy option. The time to act is now: We need to win the war Big Tech launched against us many years ago.

Federal antitrust law must be enforced, not simply to regulate future mergers, but to correct the monopolistic abuses Big Tech firms already commit – including its ad tech model. Antitrust law must also be enforced and modernized to account for the damage firms can do even with nominally “free” services. And the American people will be better off if Big Tech executives are held personally liable for their companies’ crimes.

Platforms that deliberately censor based on viewpoint alone should be stripped of their liability protection under Section 230, and the real impacts of these firms’ vaunted algorithms should be transparent for consumers. Government should be strictly prohibited from leveraging Big Tech to silence dissent, and these corporations, which receive significant benefits as American businesses, should be prohibited from continuing its lucrative partnerships with Beijing’s surveillance state and entities linked to the People’s Liberation Army.

If these proposals sound aggressive, that’s the idea. Americans have underestimated the threat these firms pose. They are not competing within a market; they have become the market and are increasingly assuming the additional role of government resting atop the market.

Their control, their leverage over our lives, politics, public discourse, their profiteering from children’s mental anguish and China’s Orwellian oppression, and their embrace of woke intolerance demand a vigorous and comprehensive constitutional response.

It is time to take Big Tech on, and as necessary, take them down.