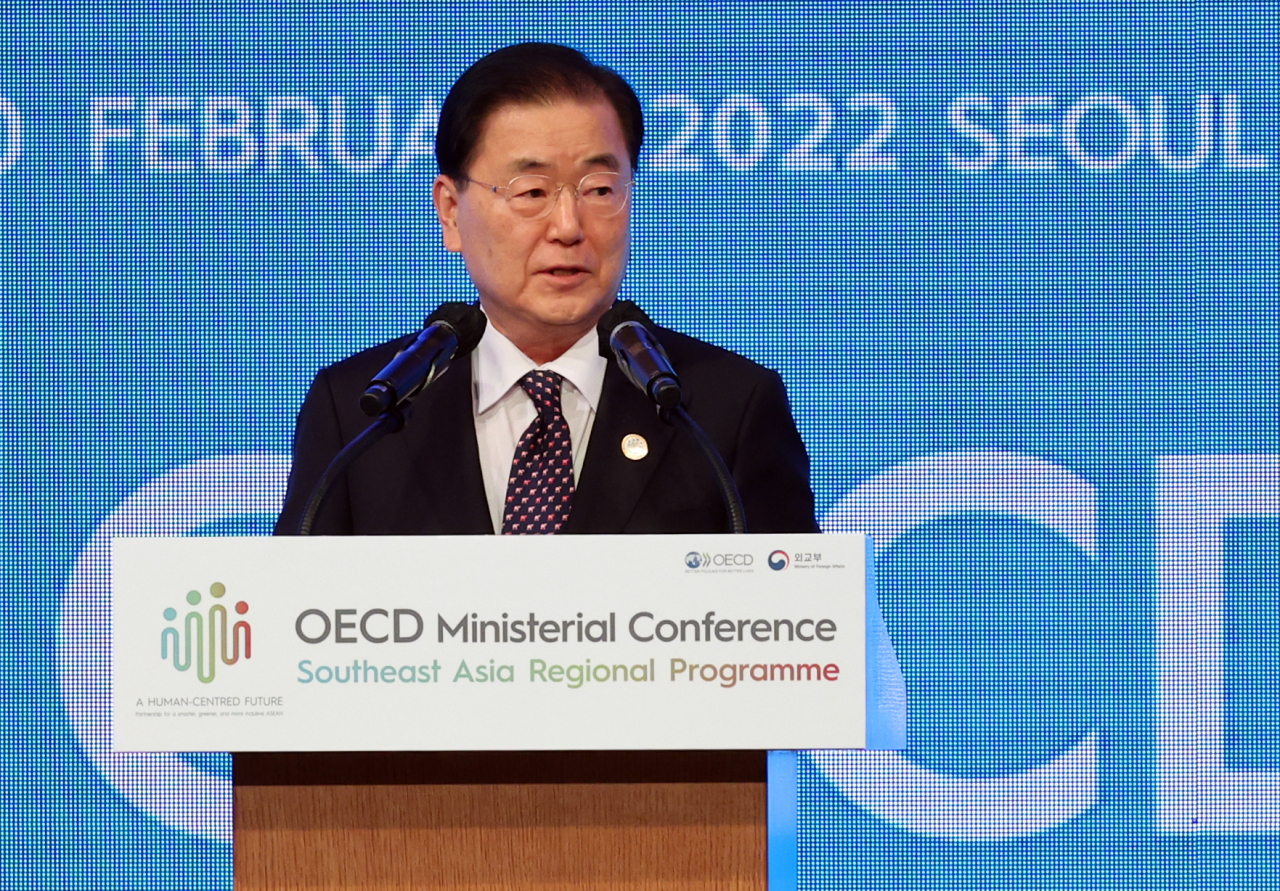 Foreign Minister Chung Eui-yong speaks during a forum of the Organisation for Economic Cooperation and Development (OECD)-run Southeast Asia Regional Programme (SEARP) held in Seoul on Wednesday. (Yonhap)
South Korean Foreign Minister Chung Eui-yong left for Hawaii on Friday to meet his US and Japanese counterparts for discussions on North Korea's recent series of missile tests and other regional issues.

Chung is scheduled to have bilateral and trilateral talks with US Secretary of State Antony Blinken and Japanese Foreign Minister Yoshimasa Hayashi in Honolulu on Saturday (local time).

High on the agenda is strengthening cooperation on the problem of Pyongyang's nuclear and missile program, officials said.

Ahead of the ministerial gathering, the top nuclear envoys of the three nations had talks in Honolulu on Thursday. A flurry of diplomacy on the Korean Peninsula issue has been under way since Pyongyang's seven rounds of missile launches in January alone, including the firing of an intermediate-range ballistic missile. (Yonhap)