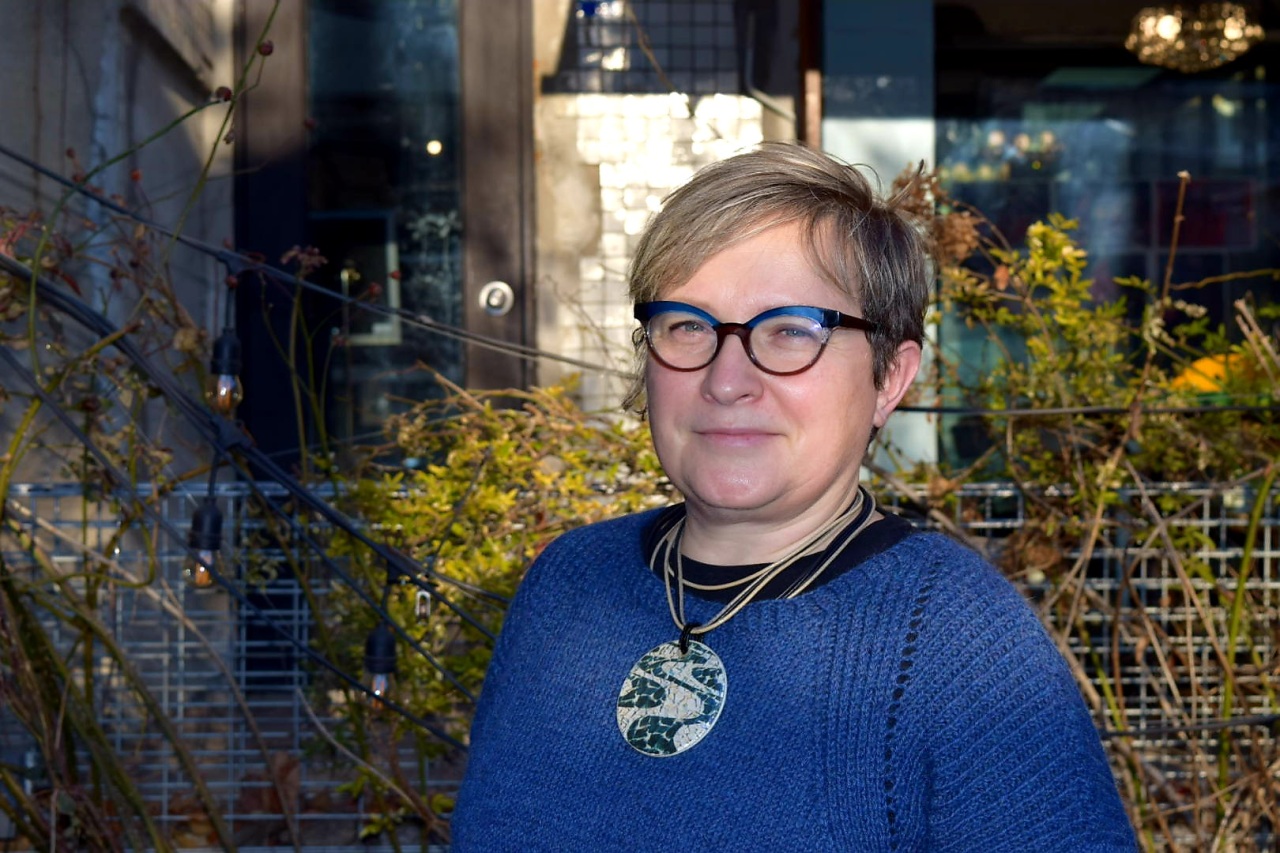 Cristina Clisson, CEO of Les Francaises Consulting, poses during an interview on Wednesday, at KOTE, a cultural space in Insa-dong, Seoul. (Kim Hae-yeon/ The Korea Herald)
Living in a foreign country, finding hidden cultural gems is not easy and in these pandemic times, such discoveries are even rarer.

But Cristina Clisson, 50, felt the charms and beauty of Korean handicrafts the moment she set her eyes on Insa-dong, an old Seoul neighborhood known for its alleys of craft galleries and art shops.

“I get inspiration from being engaged with people through communities,” Clisson told The Korea Herald on Wednesday afternoon at KOTE, a cultural space in Insa-dong where she enjoys mingling with artists and neighbors. “Each weekend, my husband and I drop by galleries and ateliers open in town. If lucky, we find one or two artists that we feel connected to and stay in touch with them.”

A former engineer and photographer, the journey to her art world in a foreign country was driven by such small but meaningful gatherings.

In 2019, Clisson became one of the founding members of the Collectif Eco-Solidaire, a grouping initially of French expats in Korea who wished to contribute to the common good through arts and cultural activities. Today, the group welcomes anyone who wishes to work on creating art spaces for learning, sharing and creating. 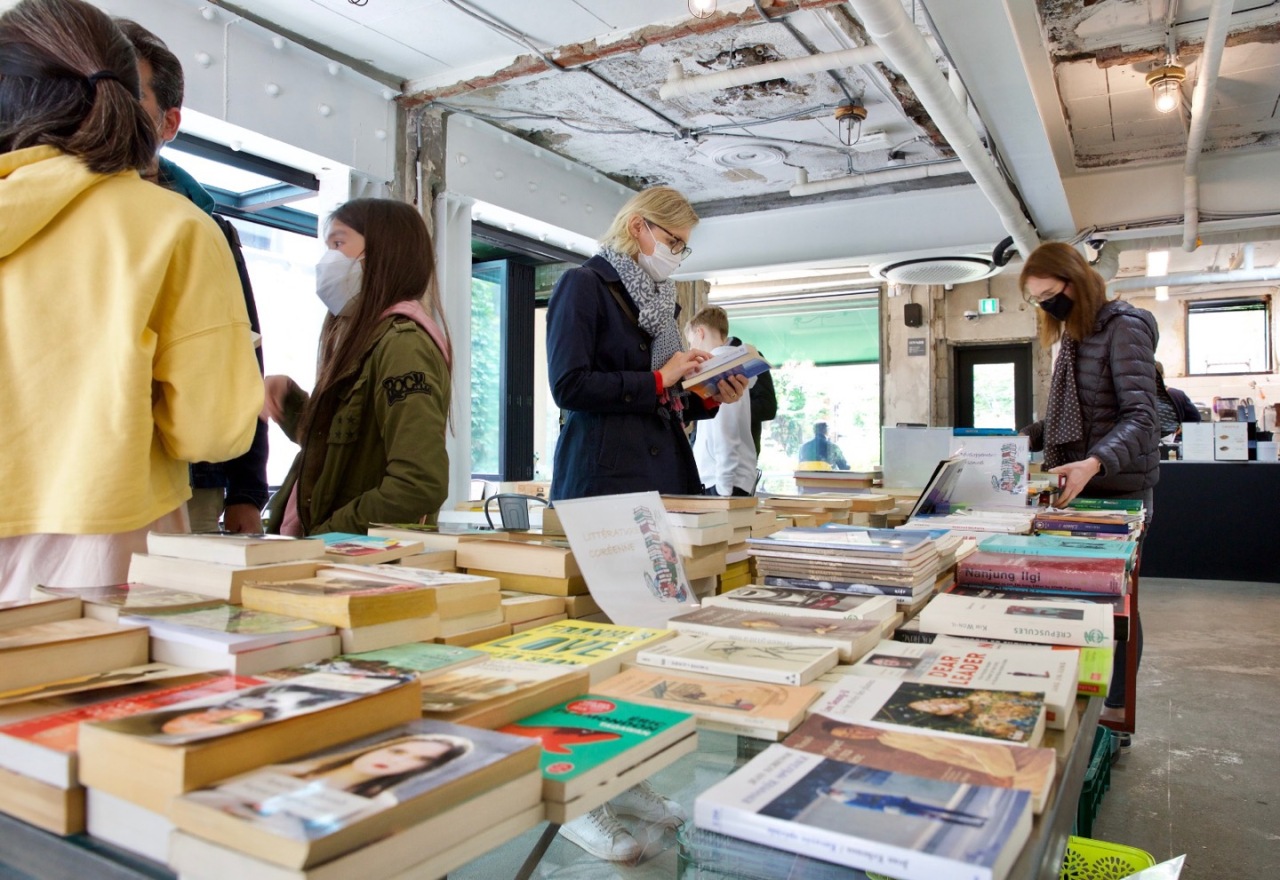 French library corner at the Labor Day Festival held in May 2021, at KOTE in Insa-dong, Seoul (Cristina Clisson) 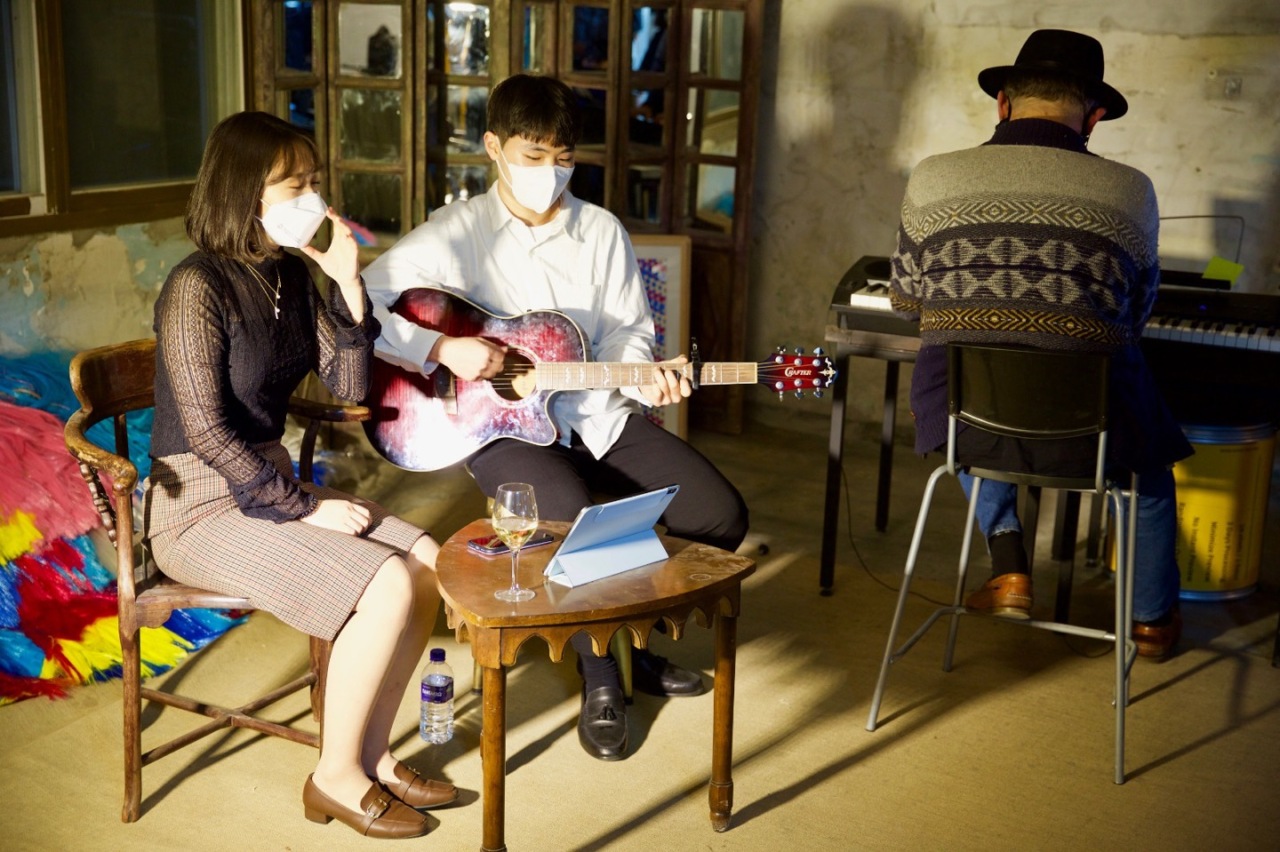 Evening music workshop at the Labor Day Festival held in May 2021, at KOTE in Insa-dong, Seoul (Cristina Clisson)
The community is engaged in three main activities -- a shared roof garden located in Saetgang, a cinema club that meets monthly whose main concerns are documentaries and short films and a free-lending service of French books in Daehagno. During regular meetups, members collect books in English and send them to the Korean Red Cross for Afghan refugees, and Korean books to an association helping single mothers.

Last year, the Collectif Eco-Solidaire hosted two popup festivals, one on International Workers’ Day and the Seoulite Music Festival in June, both at KOTE. All profits from the drinks sold were given to local associations to support foreign migrant workers.

Clisson is planning a women’s documentary film screening in March, in celebration of International Women’s Day.

“It is not so difficult to bring a beautiful idea to life, if it is fair and sincere. The actions then only have to follow the dynamics created by the idea, and a little creativity will do the rest.”