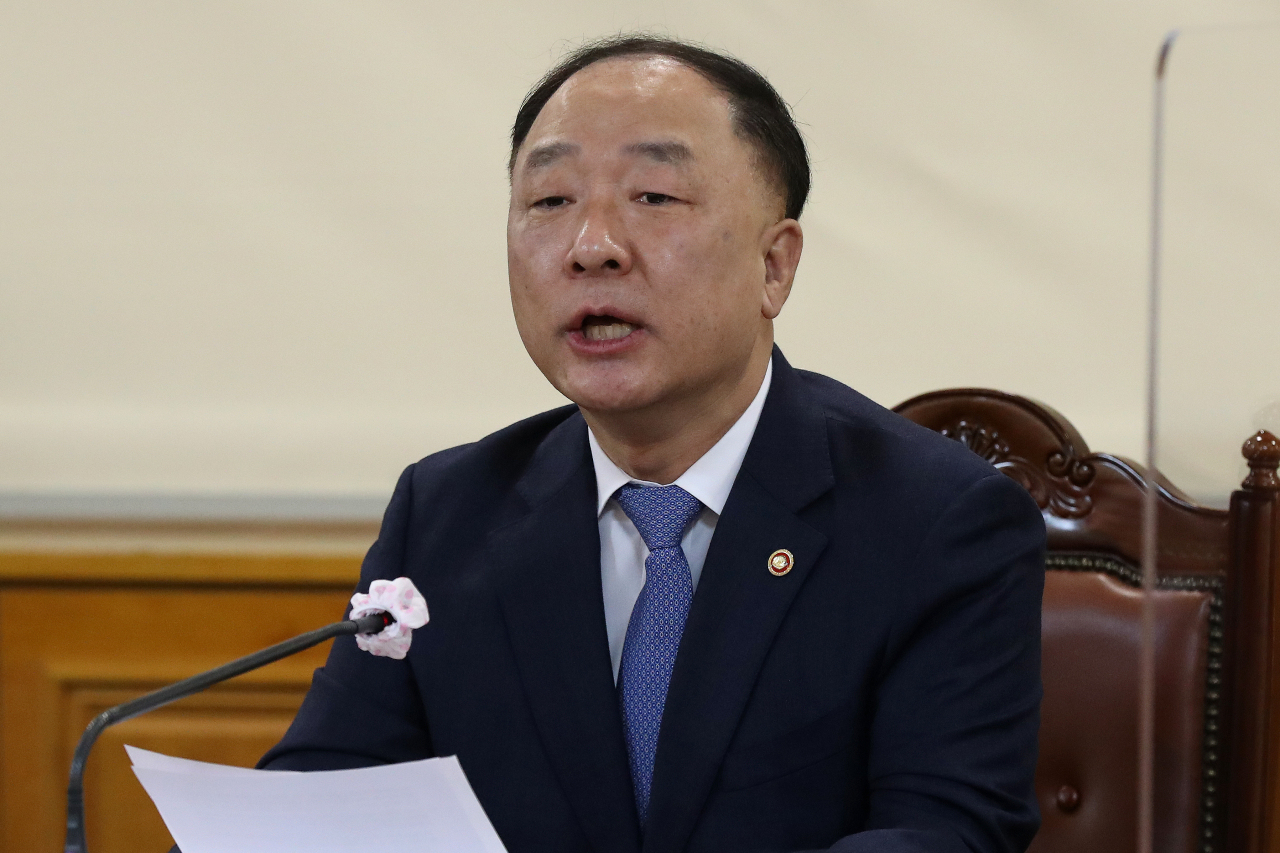 Deputy Prime Minister and Finance Minister Hong Nam-ki (Yonhap)
SEJONG -- Economic and financial policymakers are considering allowing self-employed people to roll over their debt as part of efforts to minimize insolvency amid the ongoing pandemic.

The action comes during the meeting of chiefs from the Ministry of Economy and Finance, the Financial Services Commission, the Financial Supervisory Service and the Bank of Korea on Friday.

They will finalize their decision by next month whether to offer a debt rollover to the self-employed and microbusiness owners whose debt is set to mature in the coming weeks or months, the Finance Ministry said.

To decide whether to extend their payment due dates, it is expected that financial regulators and the central bank will carry out prior consultations with state-funded banks or commercial banks this month.

Hong clarified that the government was moving to map out preemptive countermeasures against possible impacts of negative external factors on the local economy.

He expressed worries over a slowdown in global economic growth, high crude prices, global inflation, tighter monetary policies in major countries, diplomatic conflicts between the US and China and the geopolitical risks involving Ukraine and Russia.

“(The external factors) could expand volatility of the local foreign exchange market and the capital influx and outflow,” he said. “Negative effects could possibly spread to sectors like the self-employed, household debt and secondary financial firms.”

He said measures to preempt a potential Ukraine-Russia conflict would be particularly significant, as a worsening situation involving the two countries would aggravate existing negative external factors.

This was the first meeting between the four chiefs of the fiscal, financial and monetary authorities on macroeconomic issues since September 2021.