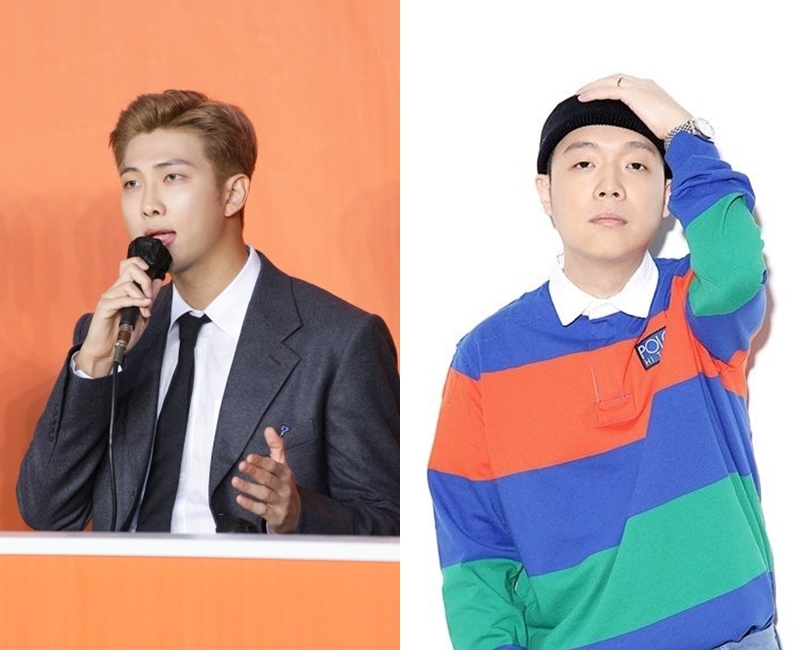 RM, the leader of K-pop group BTS, uploaded an Instagram story on his personal account expressing support for a South Korean short track speedskater who was disqualified during the men‘s 1,000-meter semifinal held Monday.

The singer posted a photo with a thumbs-up and clapping emoji after the event, during which Hwang Dae-heon overtook two Chinese skaters. The speedskater came in first, but was disqualified for what the referee claimed was “illegal late passing” and making contact with the other skaters.

While many Koreans interpreted the referee’s decision as biased, RM’s Instagram account was flooded with malicious comments from Chinese users. They used the vomiting emoji and criticized RM. Some of them demanded an apology for disputing the referee’s decision, and made insults about his looks as well.

The official BTS Instagram account was also bombarded. Some Chinese netizens also expressed their anger on Weibo by using the hashtag “#BTSinsultingChina.” 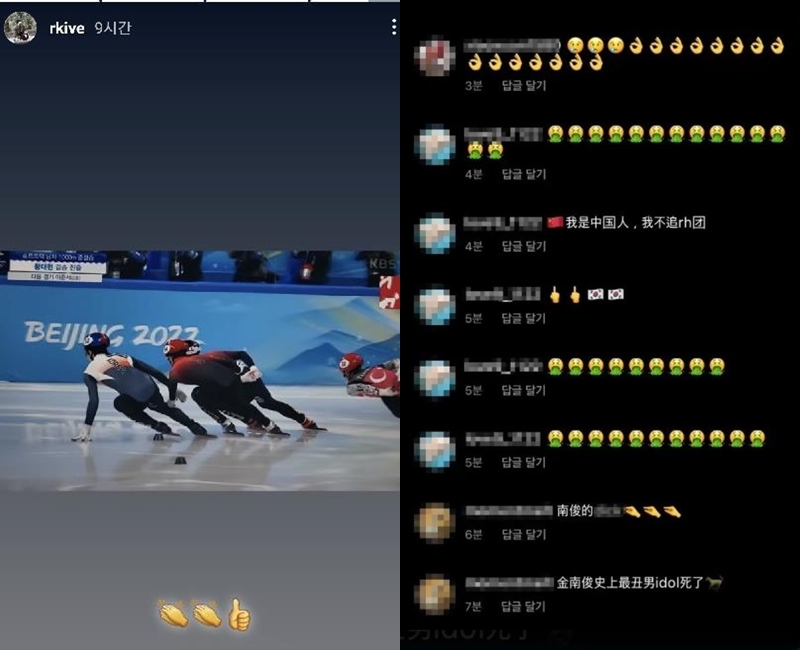 BTS member RM‘s Instagram story post (left) and malicious comments left by Chinese social media users (RM’s Instagram)
Rapper Paloalto expressed his regret over refereeing decisions that disqualified Hwang and Lee June-seo, who was disqualified from the men’s 1,000-meter semifinal on the same day. Lee finished second in a separate semifinal race but was penalized for making a lane change that interfered with a Hungarian skater.

The rapper’s post set off a flurry of angry comments from Chinese netizens, according to the artist. He said, “I thought we shared a bond through music regardless of nationality. I never expected to receive such emotional and repulsive reactions like this.” He further added that he has no feeling of hatred at those Chinese fans who have shown him love and respect.

In addition to RM and Paloalto, TV host and personality Jang Sung-kyu also saw a flood of vicious comments from Chinese users on his Instagram. On Tuesday, Jang uploaded footage of Hwang’s race and expressed his anger at the referee’s decision, with the caption, “Calling this a foul is a foul.”

Chinese users flocked to his account to express their anger by leaving malicious comments on the post. One user even sexually harassed Jang’s son with a comment on a post from three days prior.