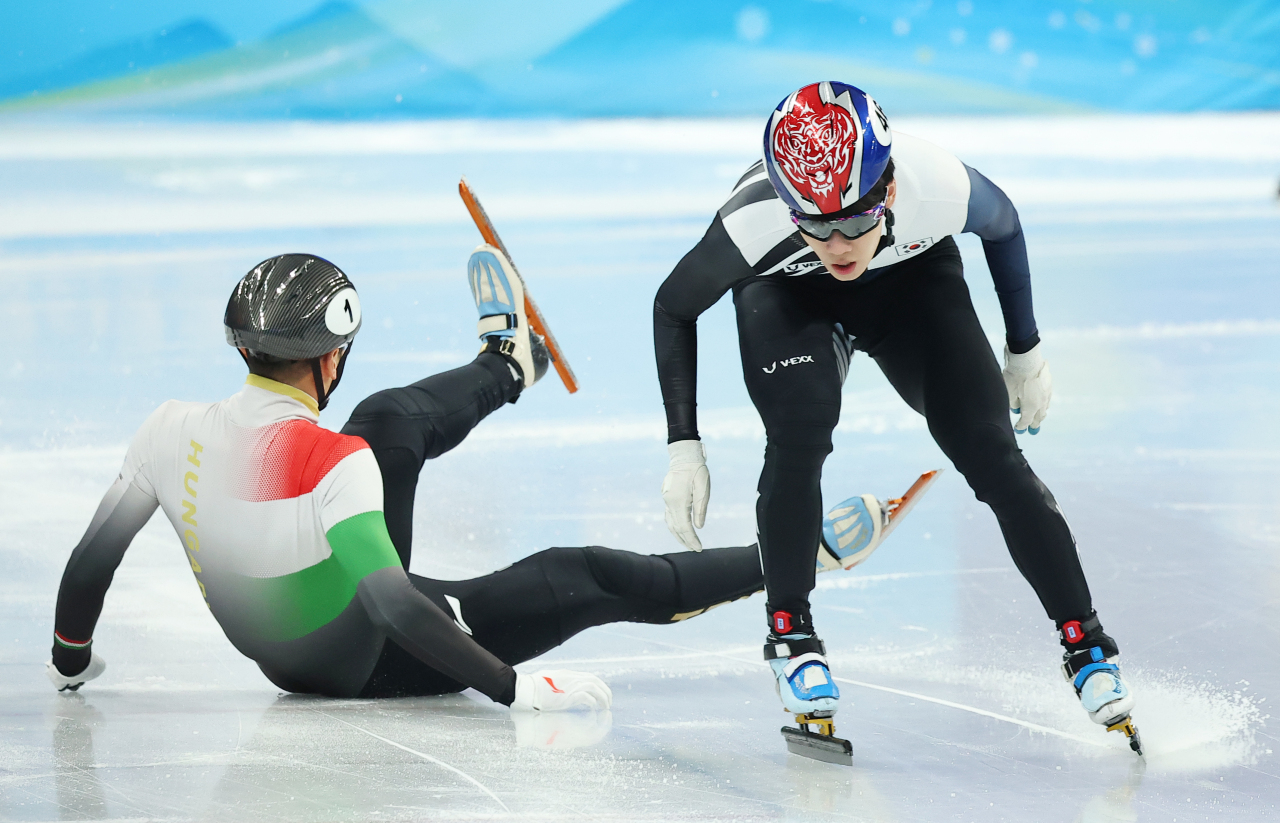 Lee June-seo of South Korea (R) skates past Liu Shaoang of Hungary after making contact with him in the semifinals of the men's 1,000m short track speed skating race at the Beijing Winter Olympics at Capital Indoor Stadium in Beijing on Monday. (Yonhap)
Three South Koreans were gone early from the men's 1,000m short track speed skating event at Beijing 2022 on Monday, with one suffering an injury in a collision and two others penalized for causing contact with other skaters.

Hwang Dae-heon, the world record holder in the event, crossed the line first in his semifinal heat at Capital Indoor Stadium but was disqualified for making "an illegal late passing" that caused contact.

Hwang was in the middle of the pack before moving out into the lead with four laps left in the nine-lap competition. In the process, Hwang made contact with Li Wenlong of China, who ended up moving to the final instead.

In the next semifinal heat, Lee June-seo finished the race in second place but was penalized after another long video review. He was disqualified for a lane change that caused contact with Liu Shaoang of Hungary late in the race.

Earlier, a third South Korean skater in the 1,000m, Park Jang-hyuk, withdrew from the semifinals after injuring his left hand in a collision during his quarterfinal heat.

He was skating in second place when Pietro Sighel of Italy clipped Park's skate from behind and caused the South Korean to fall.

As Park was sliding toward the padding, Wu Dajing of China, who was trailing, inadvertently hit Park's left hand with his skate.

Park went down on his back at center ice, grabbing his left hand in pain. He received medical attention before being carted off the ice.

The referee advanced the injured Park to the semifinals, but he pulled himself out of the competition for Monday. (Yonhap)