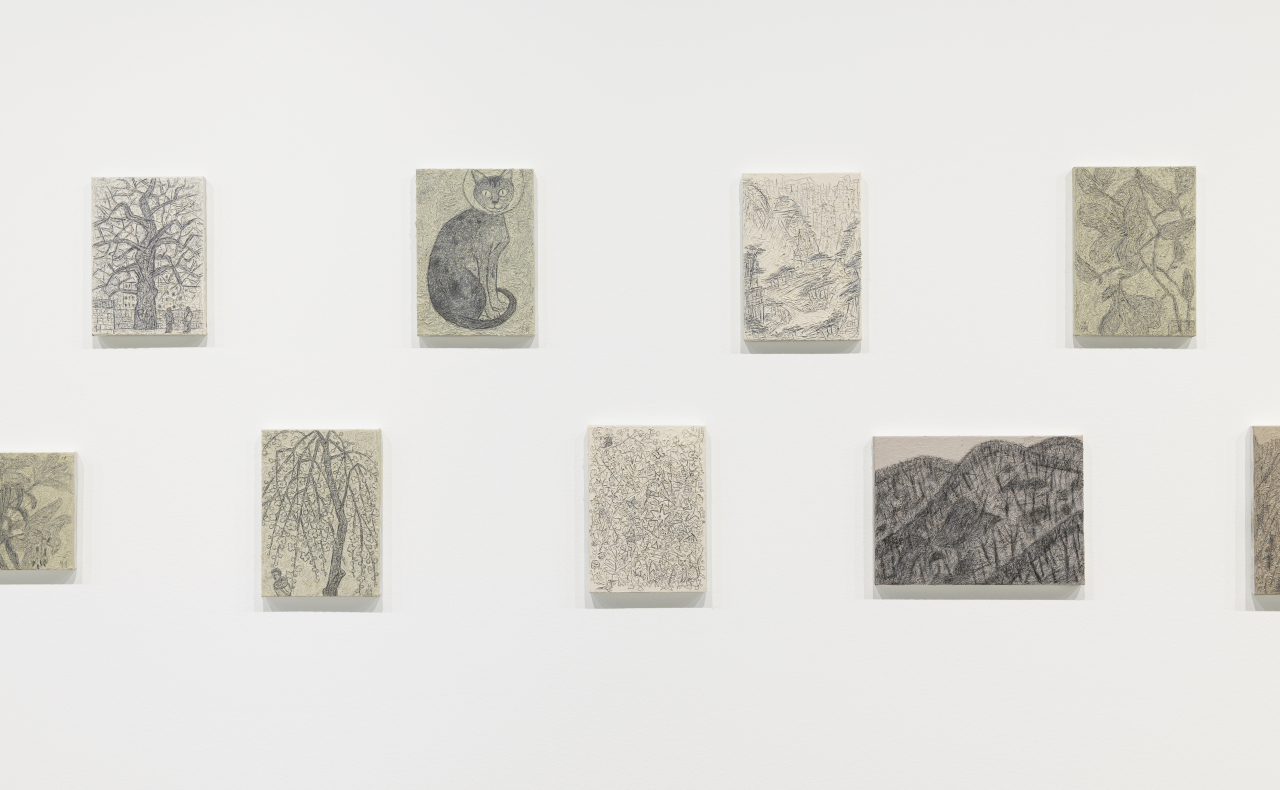 Painter Moon Sung-sic sticks with using pencils in creating his art. Inspired by daily life, he represents the mundaneness of everyday by scratching the thick oil paint surface with pencils as if striving to show his perseverance as an artist.

“Pencils are the most basic materials in painting, spontaneous and simple. I think this resembles my unexaggerated and unpretentious personality,“ Moon told reporters at Kukje Gallery’s Busan venue on Jan. 21. He said he felt that his pencil scratching on oil paintings "represents me the most."

The new exhibition shows how the artist, who was once afraid to pick up a brush, so burdened was he by the desire to create perfect works, summoned his courage as an artist. Such a burden often dominates artists, but Moon tried to overcome the pressure by continuing to create. The new 100 oil drawings are the results of his struggle. 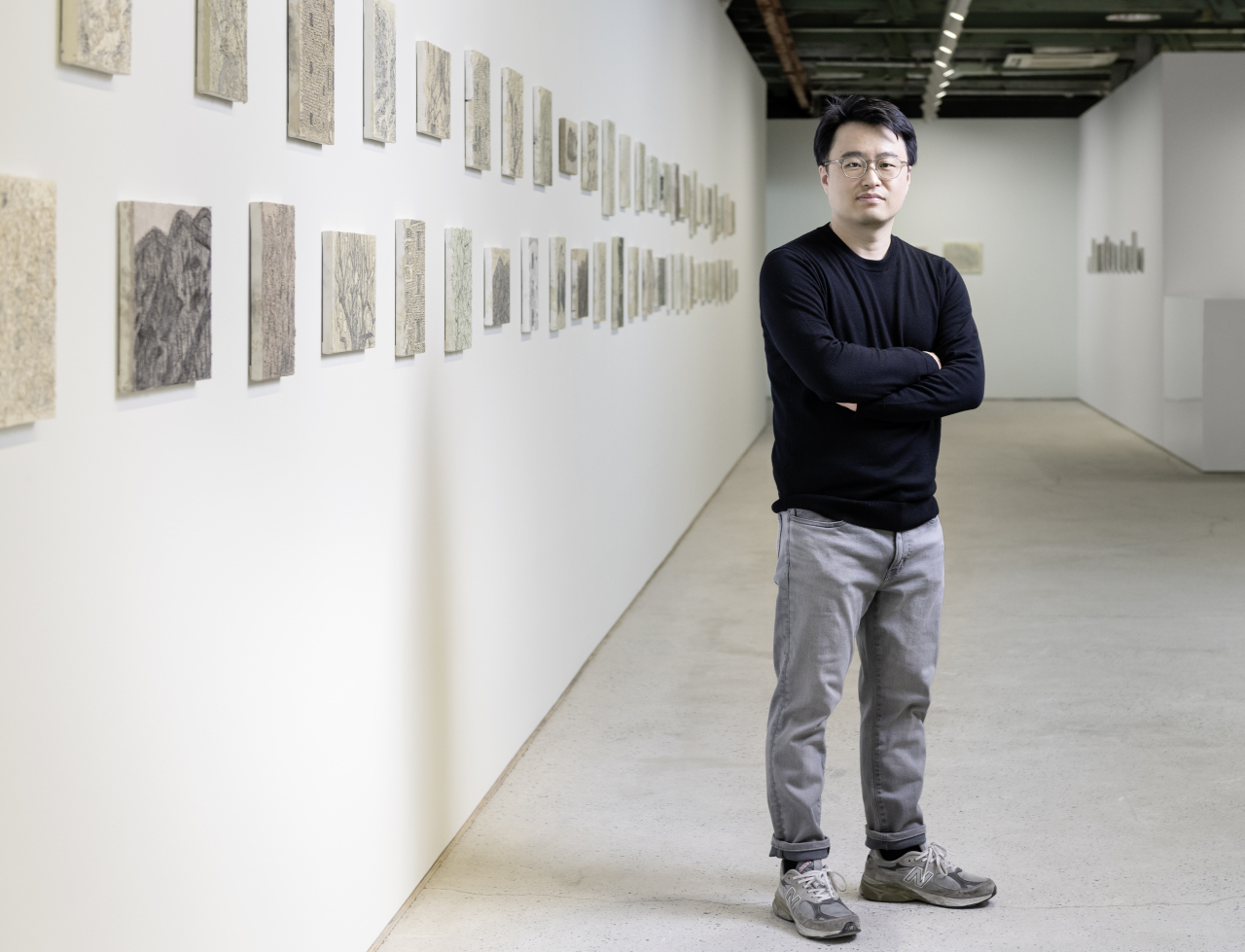 Moon Sung-sic poses at his exhibition “Life” at Kukje Gallery in Busan (Kukje Gallery)
“There was a time when I was afraid to make judgments when painting, and rarely worked on painting. But I realized I needed flexibility as an artist,” Moon said.

His painting method resembles the impasto technique – a technique first used during the 16th century Renaissance period, in which paint is applied on a surface in very thick layers, maximizing its texture and three-dimensional qualities -- with the thick application of matiere. His “will to draw” is demonstrated through overcoming the resistance between the pencil and the oil paintng.

Born in 1980 in Gimcheon, North Gyeongsang Province, Moon currently lives in Busan. He is the youngest artist to have exhibited at the Venice Biennale‘s Korean Pavilion in 2005. His works are held in the collections of Leeum Museum of Art, Doosan Art Center and Seoul Olympic Museum of Art.

Moon’s interest in the mundane is illustrated by his depictions of various plant species such as the weeping cherry tree, lily, plum blossom, magnolia, pear tree, pomegranate tree and quince tree, all commonly found around Moon’s home in Busan as well as his hometown in Gimcheon.

His works are reminiscent of Korea’s renowned artists of the early 20th century such as Park Soo-keun and Lee Jung-seop. Moon's works arouse nostalgia for artists whose paintings feature the folksy sentiment of Korea. Moon acknowledges that he has gotten inspiration from Korea’s great painters from the modern and contemporary eras.