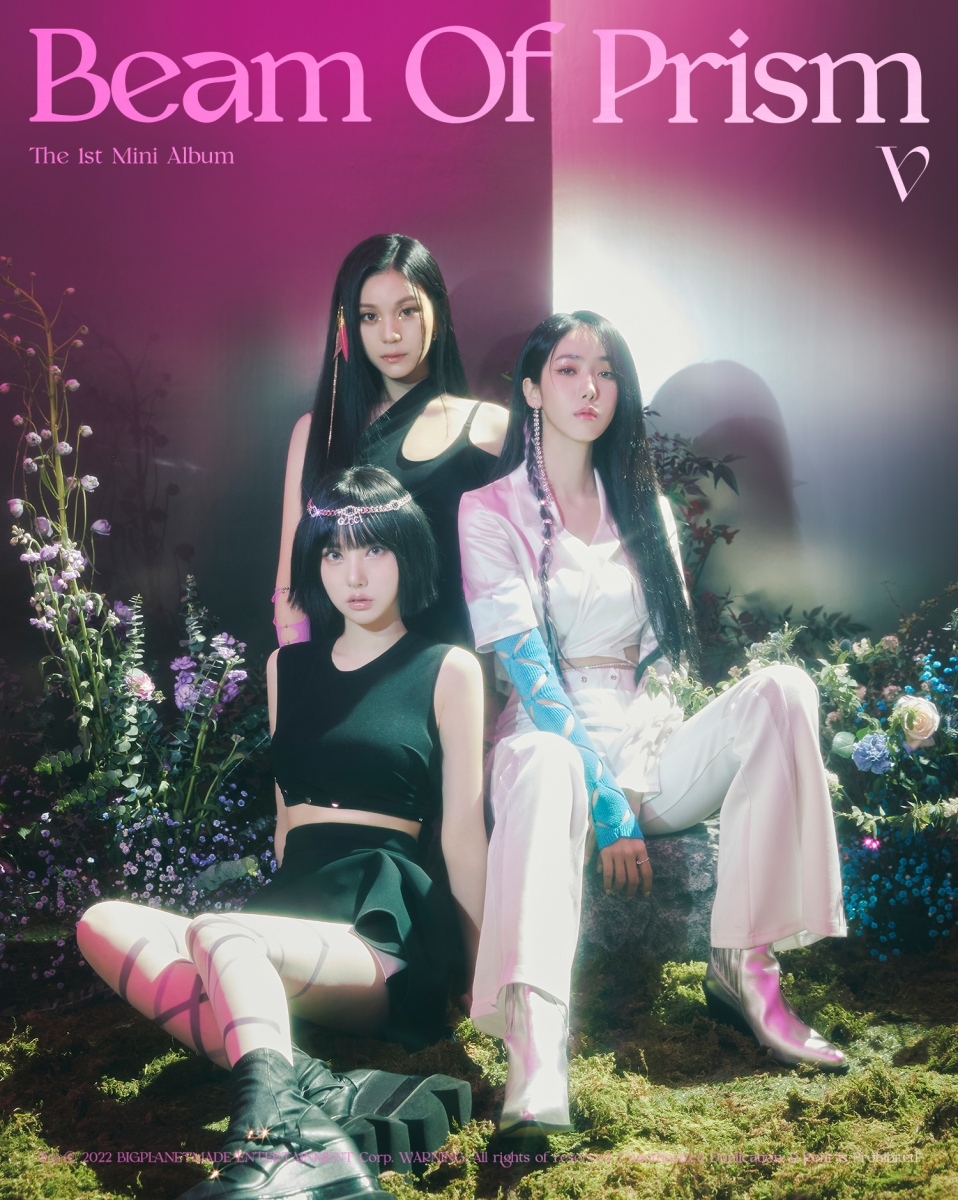 Concept image of Viviz's first EP "Beam of Prism" (BPM Entertainment)
Putting behind their years as GFriend, members SinB, Eunha and Umji are embarking on a new journey together.

As ironic as it may sound, these experienced idols are starting from square one as rookie girl group Viviz. Their first EP “Beam of Prism” is set for release on Wednesday.

Ten months have passed since the disbandment of their previous band, GFriend, and it seems the girls are ready to show some new energy.

According to their new label, Big Planet Made Entertainment, Viviz -- pronounced “vivizi” -- puts together “vivid” and “days(z),” a reflection of the members’ promise to “always be true to their colors.” It’s also the combination of the last syllables of their individual names, “bi,” “bi” and “ji.”

All three members entered into the entertainment scene as members of GFriend, a six-piece act which debuted under Source Music in January 2015 with EP “Season of Glass.”

They showed immense potential upon debut, winning the title of Best Korea Act at the MTV Europe Music Awards in September 2015.

Although they took on the sweet, school girl concept, previously championed by the likes of Apink and Girls’ Generation, GFriend soon carved out their own niche with an ethereal, vibrant, and yet powerful style, receiving acknowledgement for their vocal prowess and performances. Their hit songs include “Me Gustas Tu,” “Rough,” “Navillera,” “Love Whisper,” and “Finger Tip.” 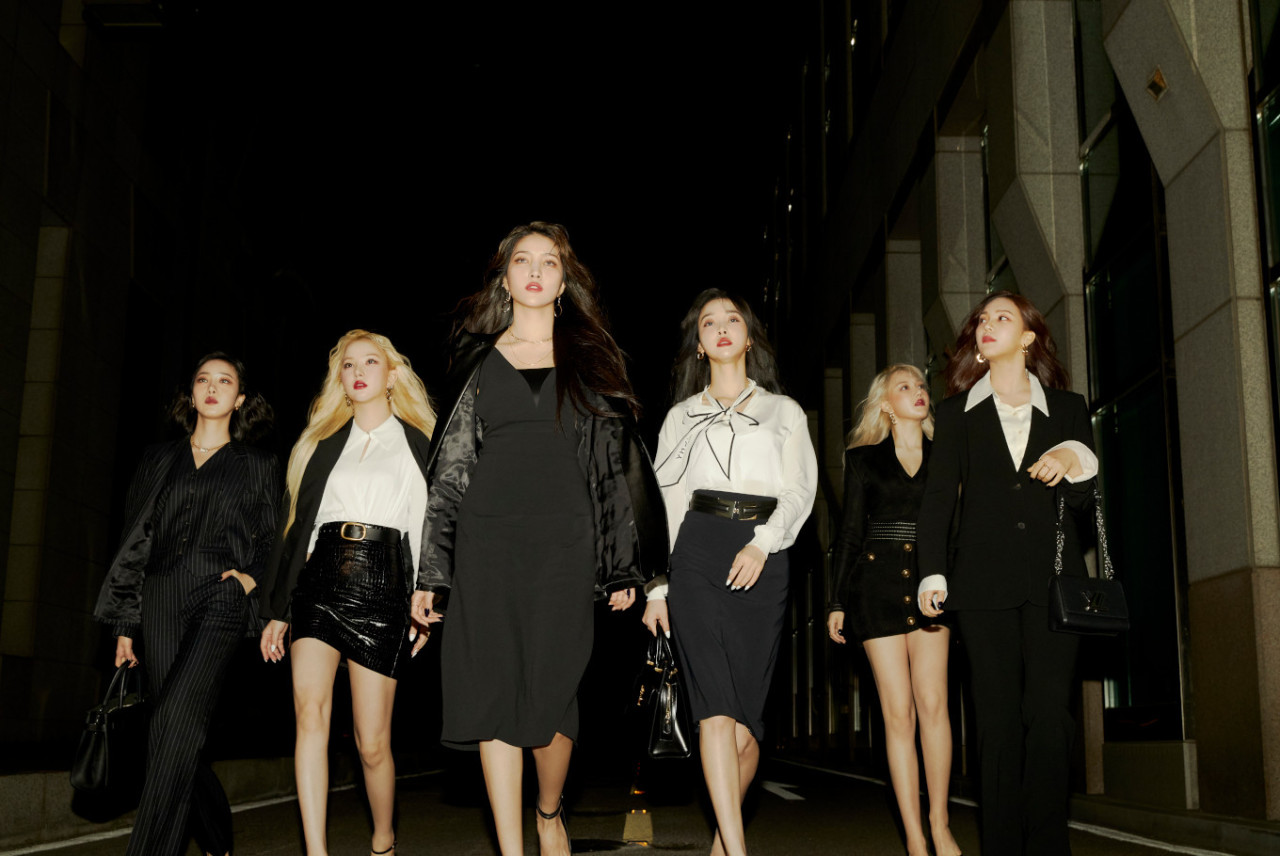 GFriend (Source Music)
Among the six, Eunha was the lead vocalist, sounding the group’s clear, high-pitch notes, while SinB took the center as the main dancer and vocalist and Umji, the all-rounded player with a stand-out soft, breathy singing style. Umji was also in charge of the group’s global communications as the most fluent in English among the six.

On May 18, 2021, their longtime agency Source Music abruptly announced the disbandment of the band. Fans were taken aback as the members still had a year left to their exclusive seven-year contract with the label. Moreover, the label had been acquired by Big Hit Entertainment -- home to mega stars BTS -- that now goes by the name Hybe. The act’s last album, “Walpurgis Night,” came out in November 2020 and the members had been actively engaging with fans and even voicing bigger ambitions under their new home.

While the agency had denied using the exact word “disbandment,” causing huge confusion among fans, the members acknowledged their termination and suggested that they will continue their individual careers inside the entertainment industry.

Ahead of Viviz, other bandmates have already progressed to the next chapters. Sowon and Yerin have embarked on their new careers as actors, while Yuju debuted as a solo artist under Kang Daniel’s management, Konnect Entertainment, with the EP “REC.” on Jan. 19.

From what has been revealed, Viviz’s debut EP, “Beam of Prism,” is a seven-piece album. Leading the set is “BOP BOP!,” a hybrid pop dance genre combining Latin rhythm and disco. Referring to the song’s title, the agency said it expresses the meaning of “good,” and will portray the colorful vocals of Viviz and its ambition to enjoy music.

Excluding “Intro.,” the track list also includes five new songs: “Fiesta,” “Tweet Tweet,” “Lemonade” and “Love You Like.” Umji took part in penning the lyrics of the final track, a song which expresses the bandmates’ gratitude to the fans who have waited long for their return. 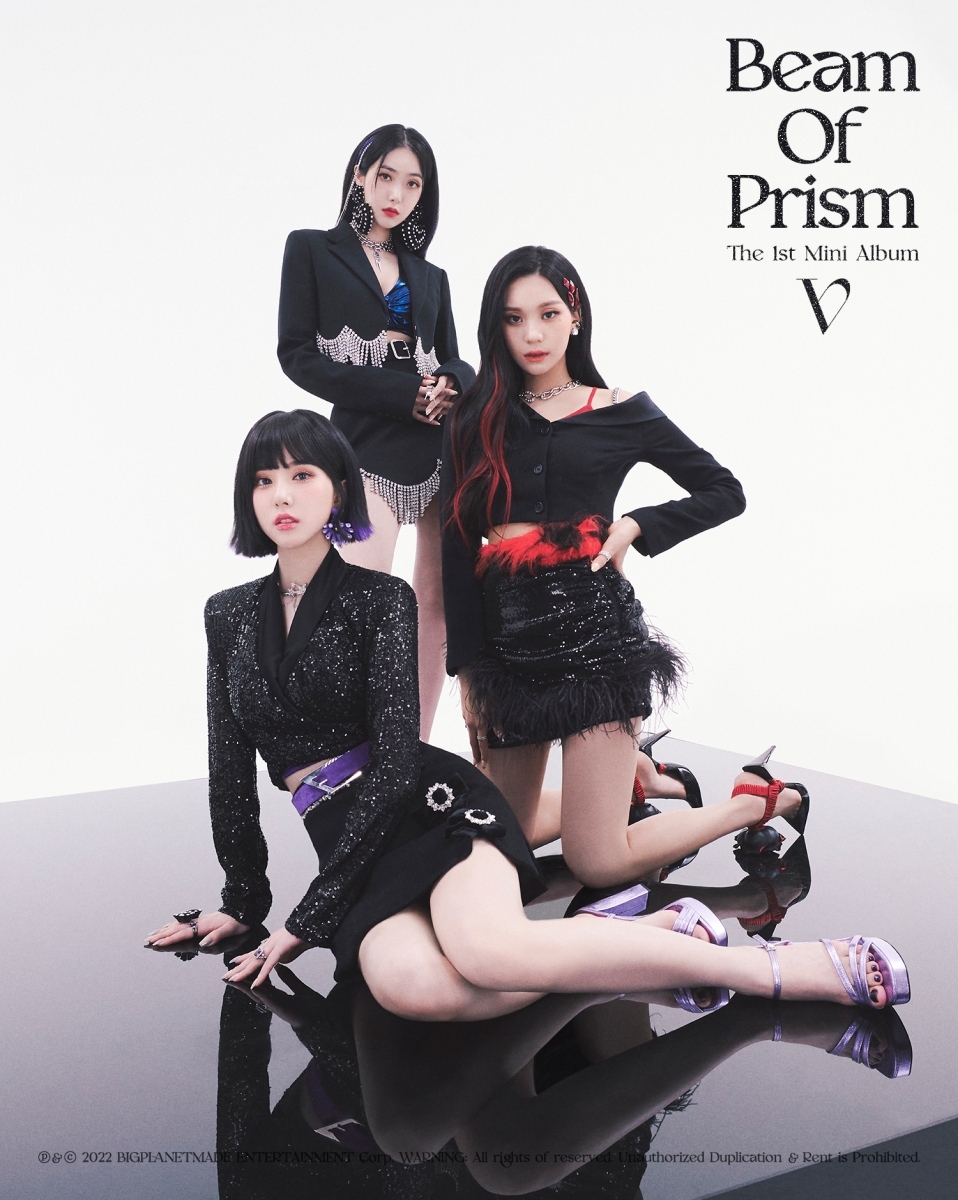 Concept image of Viviz`s first EP "Beam of Prism." (BPM Entertainmnent)
Repositioning themselves as a trio will not be easy. But with their long-held chemistry, the unwavering love and support from their global fandom, hopes are high that the members will see another breakout career with Viviz.

Meanwhile, all three members had tested positive for the coronavirus and are currently self-isolating. Umji tested positive on Jan. 28, Eunha on Jan. 30 and SinB the following day. Those infected with COVID-19 are required to be treated and undergo self-quarantine for seven days. BPM Entertainment has continued the group’s promotions as planned and has not canceled or delayed their debut as of yet.