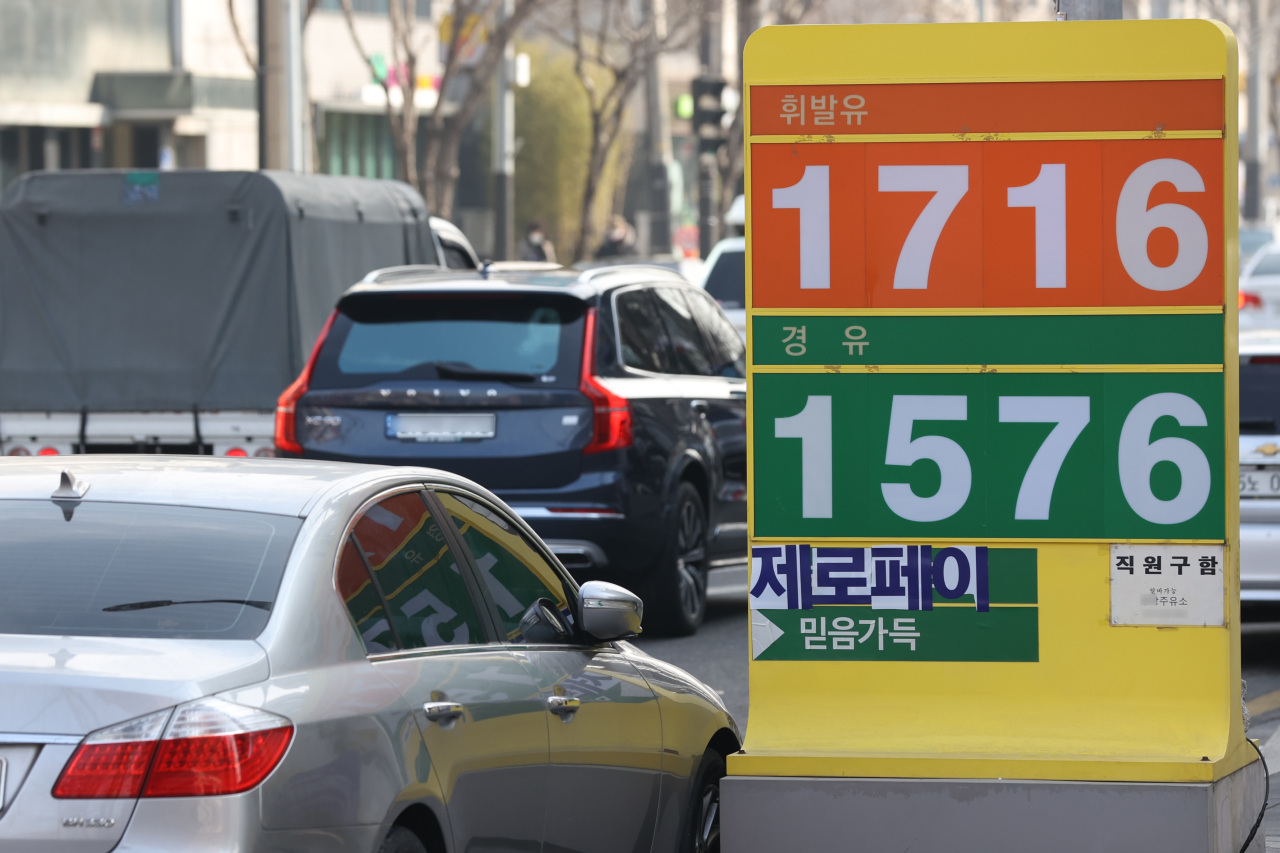 This photo, taken this Sunday, shows a sign indicating gasoline price movements at a filling station in Seoul. (Yonhap)
South Korea's consumer prices could be further under upward pressure as oil prices have spiked amid increased geopolitical tensions between Russia and Ukraine, a senior government official said Friday.

The government will step up its monitoring of prices of petroleum products and consider whether to extend fuel tax cuts, depending on oil price movements, according to Vice First Finance Minister Lee Eog-weon.

"A spike in oil prices, caused by Russia-Ukraine tensions and risks from oil producing nations, will be reflected in gasoline prices down the road," Lee told a government meeting on inflation.

He said the government will come up with measures to brace for an additional rise in oil prices.

Tensions escalated near Ukraine's border areas as the United States and its European allies have failed to reach an agreement with Russia to avert a potential military conflict. Russia is the world's second-largest oil producer.

The government has launched a task force to prepare for potential economic impacts of the Russia-Ukraine tension on the Korean economy and the financial market.

The government cut fuel taxes by a record 20 percent on Nov. 12 last year in a bid to curb inflationary pressure. The measure will be effective until April 30.

The Bank of Korea forecast the country's consumer prices to grow 2 percent this year. The finance ministry put its 2022 inflation outlook at 2.2 percent. (Yonhap)